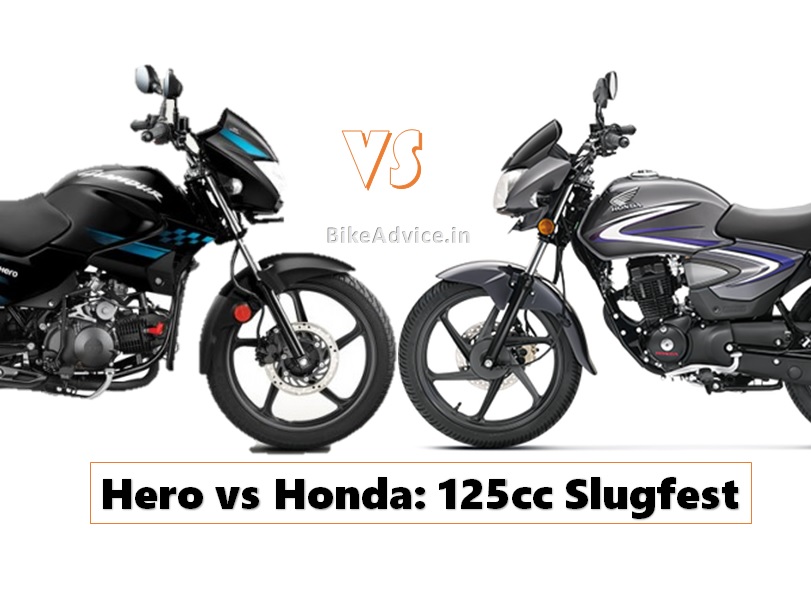 The 125 cc motorcycle territory has been the ruling ground of Honda for a long time now. With the successful CB Shine being the flag-bearer for so long, it was expected that its protegee, the Shine SP (which comes with an extra cog) would only take things ahead. I am not sure how has the response been so far….

I sat down with the sales data we procured and tried to analyse how is the 125 cc market panning out and came up with a surprise! In the last three months, Honda’s chief nemesis and erstwhile partner Hero has not once but overtaken them twice!

Have a look at the following comparison table, you will notice that Hero has, more or less, remained consistent but it is Honda that has seen a decline in sales. People may be loosing interest in Shine which will be a bigger cause of worry for Honda. From 90,000+ sales in October, they have seen a consistent fall, apart from a spike in January 2016. 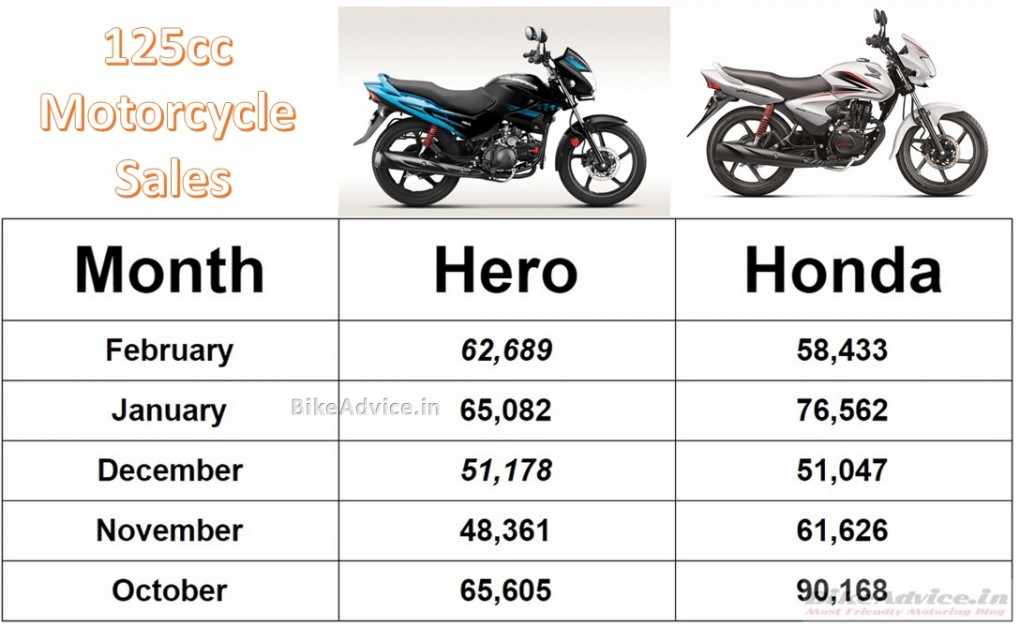 Bajaj is a distant third with 10,340 unit sales and TVS follows with 4917 units, both for the month of February 2016. In fact there is another battle brewing up down the order, between TVS and Yamaha. Yamaha, slowly but surely, is catching up with their Saluto and has sold 4501 units in February, just a whisker away! In cumulative sales, however, they are ahead with 58,142 units as compared to 52,153 units of TVS Motors.

Suzuki is down and out with only 115 unit sales in February and 9681 units in the complete financial year. These figures also include 113 cc Hayate’s units since SIAM classifies 125 cc segment as motorcycles with displacement of over 110 cc and uptill 125 cc.

Things are at a very nascent stage at the moment and we are sure Honda would be chalking out strategies to continue their lead. I believe a refreshed Stunner may also add a few thousand units for the brand. Meanwhile, I am astonished at Hero considering that they are able to sell their sub-par and old Super Splendor and Glamour in such large quantities!

Also Read: Here is the Real Reason – Why is Honda NOT Launching New CBR250R or CBR300R in India & You Will be Surprised

What do you think – what will be the scenario in the coming five odd months..?