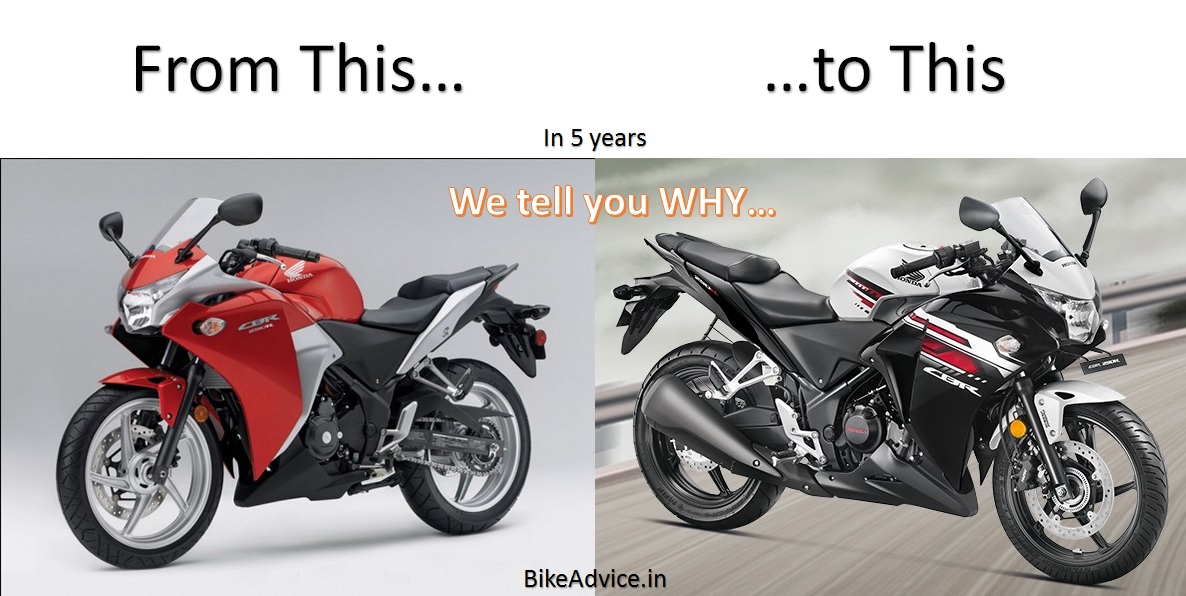 So, let us understand launching a new model costs the company a lot of money. Its magnitude depends on how deep they want to go. It is an investment in a hope that sales would propel with new-gen/facelift/refreshed model.

Generally a new model of any motorcycle is not offered voluntarily – it depends upon a myriad of reasons; competition, sales and how important that model is for the company etc. On this pretext, let us talk about the CBR250R.

Honda launched the CBR250R in India way back in March 2011, so it has been five years and the motorcycle has remained essentially the same! CBR250R is an international model and in many markets abroad it has received significant updates as well as power increments and other mechanical changes with time. A few days back, in an exclusive, we told you that Honda doesn’t have any plans to bring the updated CBR250R or the CBR300R in India this year as well. (here is the link to the story) 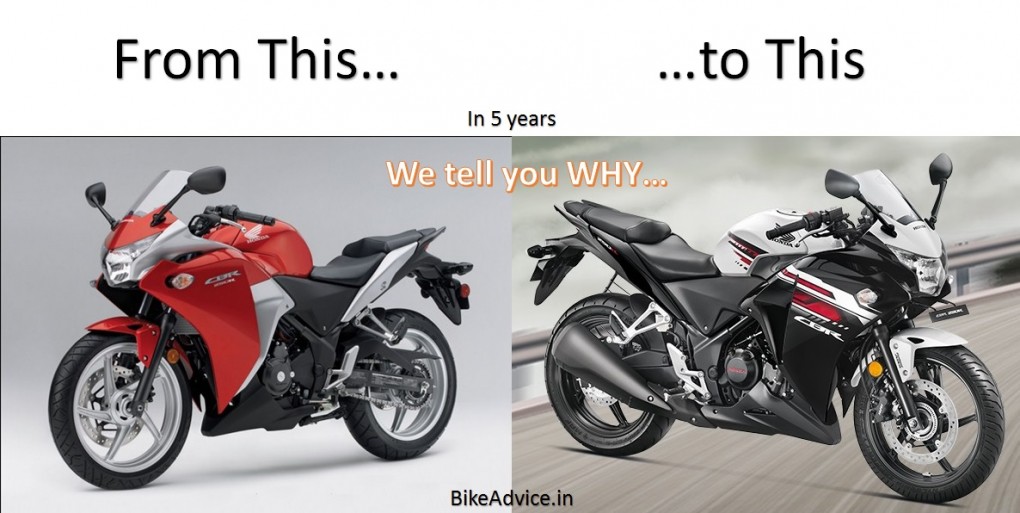 So, if they have the product (internationally) and it would, more or less only require approving the new model to be shipped to India, why is Honda not really launching it here? We tell you the major reason and you may end up getting surprised…

Now, when you compare this with its corresponding sales of last year you would understand the story. Last financial year, during the same period, Honda managed to sell only 1363 units at an average of 136 units every month. This, basically means, that in the current fiscal, Honda has managed to sell almost 2.5 times more CBRs than what it did last year and as we said, it is the same old motorcycle.

Just to give you a perspective, here are two more surprising evidences…

When we look at its competition, we see that there is nothing apart from Mojo that competes with it directly. And Mojo’s impact on its (CBR’s) sales will only be known in the times to come. 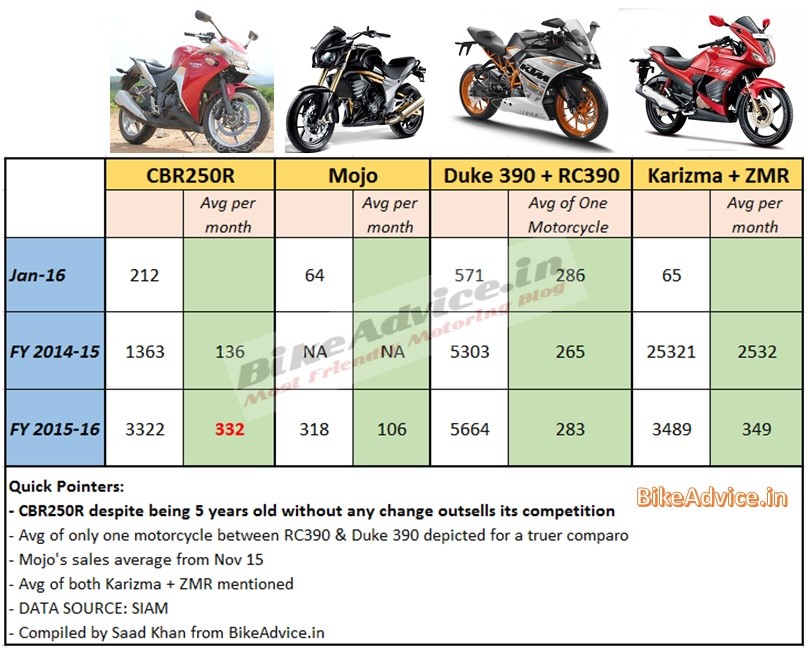 So, now you tell me, if you are Honda’s CEO – will you really take all the pains and invest money and time in preparing and bringing either the new 29 PS dual headlamp CBR250R or the bigger CBR300R into India if customers are buying your five year old product more than what they were last year and more than the very established competition?

Complete sales data is sourced from SIAM and analysed to give you the bigger picture. If you like it do share it with your friends…