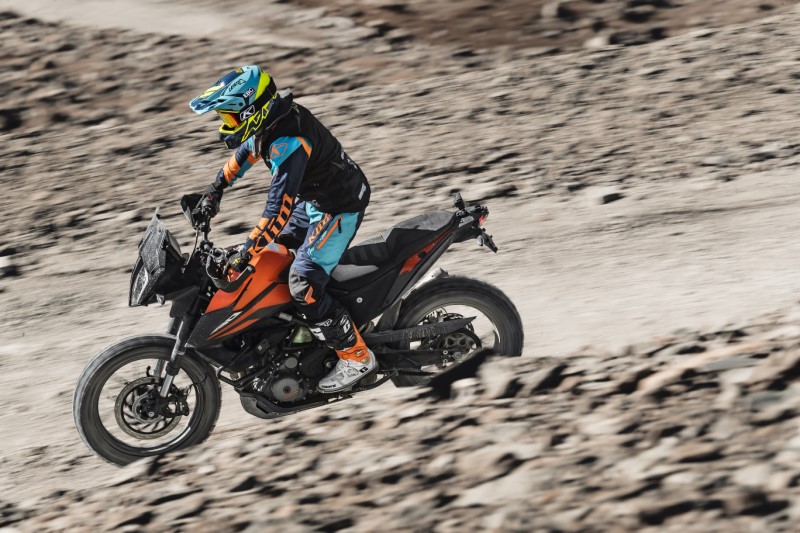 KTM has announced an interesting feat for its 390 Adventure. Ridden by Pro Moto XS athlete Ashish Raorane, the Austrian’s mid-size ADV has won the title of ‘Kunzum Kaiser‘.

Actually Ashish competed with 11 time Raid de Himalaya winner Suresh Rana for the title of the World’s Highest Hill Climb Challenge. This is a 12.5 kilometer long extremely dangerous mountain pass from Batal (4000 m) to Kunzum La (4551 m) which has 20 hairpin bends. The average temperature here is minus 5 degree Celsius making it an even more challenging task.

Suresh Rana was driving his rally spec car and went first to set his time. He started off at a ferocious pace, however, his car broke down with an engine block damage on the 18th turn. Due to this, Suresh had to move out of the race. He set a time of 11 minutes and 49 seconds till the 18th turn for Ashish to beat.

Ashish pushed the motorcycle to its limits and according to the report, beat Suresh’s time on every turn. Finally, he reached the finish line at Kunzum La and the time recorded was 13 minutes and 4 seconds. This is the fastest known time record for this attempt.

Engine failure on the rally spec car midway by a pro racer suggests how treacherous this stretch was and how difficult it was to pass through it. However, Ashish (who is also a Dakar rally participant), on his 390 Adventure aced it with aplomb.