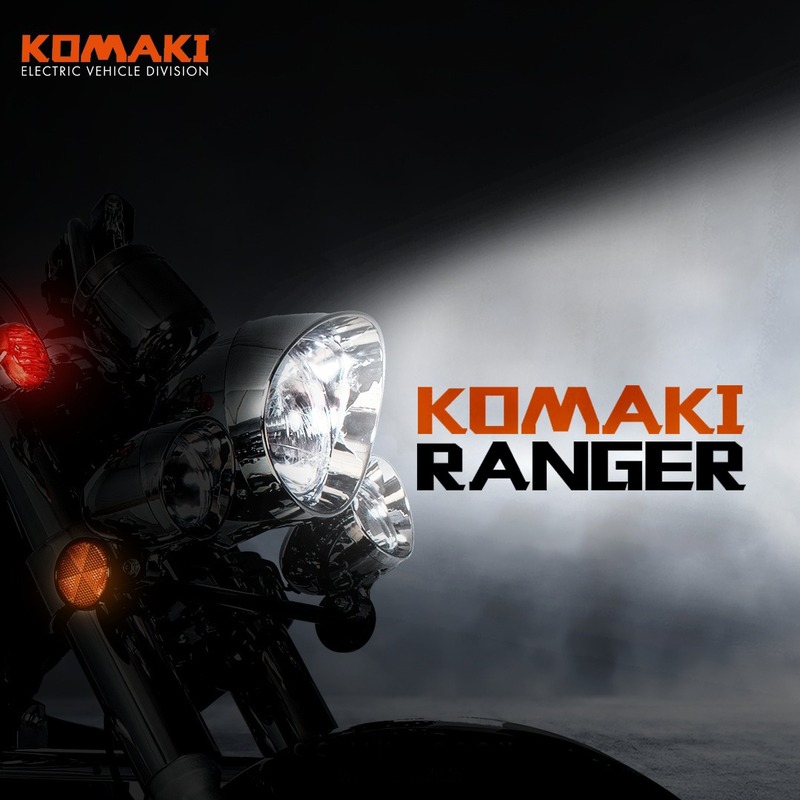 Komaki Ranger launch has been confirmed for next month and it will come with India’s biggest battery pack in an electric two-wheeler!

Komaki Electric Vehicles, a Japan based EV manufacturer, has recently announced that it will be launching India’s first electric cruiser bike – which will be called as Ranger – by January 2022 ie just next month!

Along with this confirmation, Komaki has also revealed some features of the upcoming bike that we are listing below…

Aside this, the company says that despite so many features Ranger will be launched in the market at an affordable price so that a large group of riders can access the electric motorcycle offering.

The company says that the name ‘Ranger’ has been selected to highlight the cruiser’s capability of covering 250 km on single charge.

“The Ranger is going to be a game-changer as it is India’s first-ever electric cruiser. There are some things that need to be finalized but we have decided to keep the price affordable. We want everyone – especially the common man – to experience the joy of riding a quality cruiser that is made in India. Komaki has invested more than 1 million USD in the design and development of the ranger. We have left no stone unturned to make sure that Ranger comes out as our masterpiece, and we hope that it’ll be received with love once it rolls out in the market.”

New entrants are making it a very interesting battle that is brewing in this fast-becoming-mainstream segment. Komaki already offers various electric vehicles in India and they are listed below…