After creating a lot of stir with the sketch and video they released a few days back, Japanese two wheeler giants, Kawasaki released the official picture of their much awaited flagship liter class racer, Kawasaki ZX 10R which would be pitted against the likes of the insane maniacs Aprilia RSV4 and BMW’s S1000RR and the arch rivals’ Yamaha’s R1, Honda CBR Fireblade and Suzuki GSX1000R. 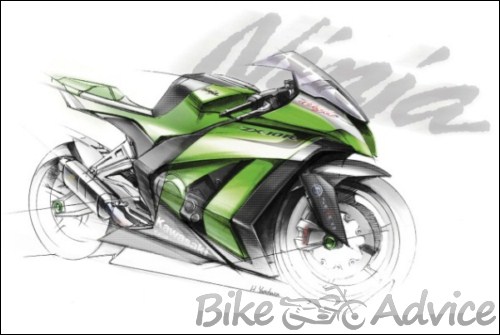 The bike has gone through a complete makeover and will feature an all new engine along with a new chassis to boost off its racing streak. With 220 speculated bhps, the race prep version would be some breath takingly insane machine. The road trim version is also touted to produce nerve wrecking 200 humongous horses.

Add this to the expected weight of less than 200 kilograms (which would be around 10 kgs lighter than the current version) would further enhance the fiery characteristics of this bike with the power to weight ratio pointer pointing as northwards as it can! 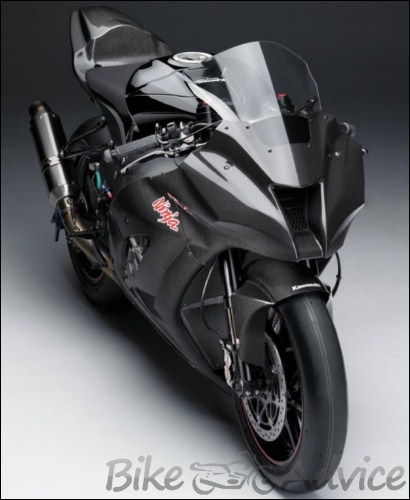 Kawasaki has also played with the suspension of the bike and the video does mention that the bike would get a new suspension setup as well. The 2011 model also gets a new look which makes it one sexy beast to look at with the shining grey color in the released pic gleaming to catch every attention. 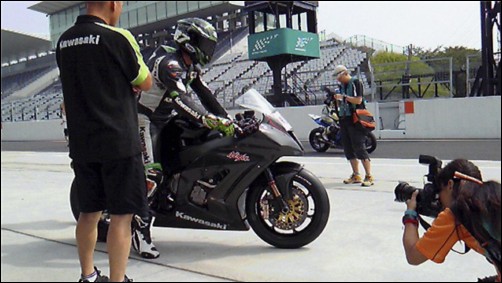 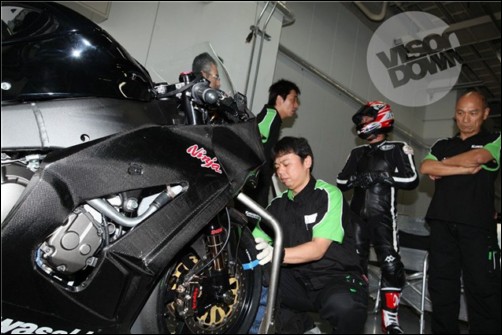 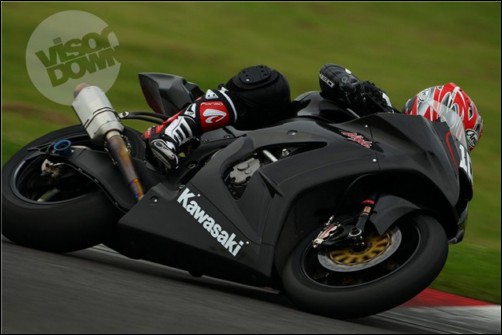 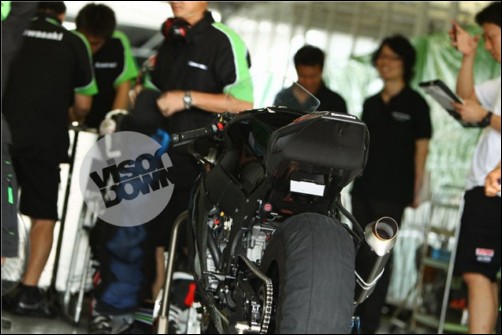 The bike looks even more forward biased now. As displayed in the picture, Kawasaki seems to have done away with Petal rotors and in comes the traditional round discs.

Kawasaki seems to be working day in and day out to test this bike as exhaustively as they can to bring back the lost glory of the company on the race tracks. Company’s R&D team scheduled a 2 day extensive testing session on July 7 and 8 at the Suzuka race track in Japan to figure out any niggles, if any, and to jot down points of further enhancement for making it as potent a tool for the 2011 World Superbike Championship. We wait and watch what Kawasaki has in store for the racing freaks of the world. So let the good times roll!