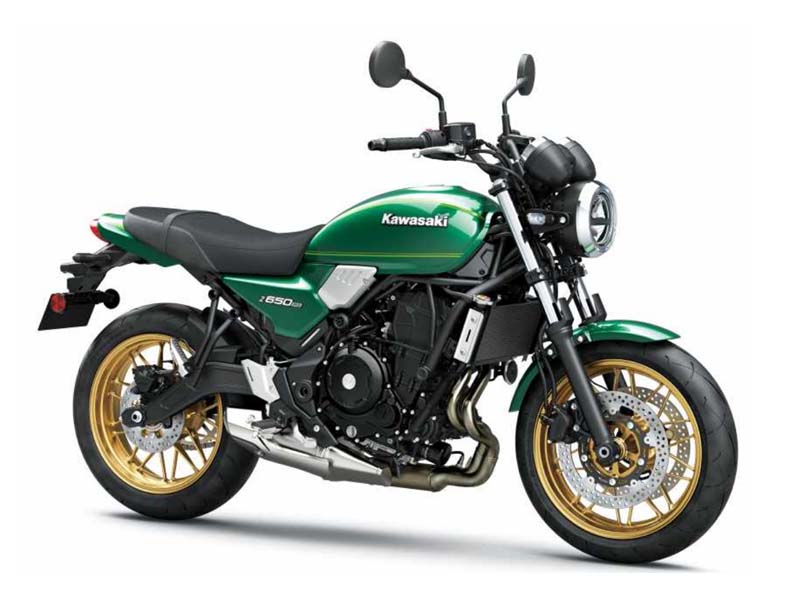 New Kawasaki Z650RS is the smaller sibling of Z900RS and is based on the company’s 650 platform. It looks brilliant specially in green…

Kawasaki has added a new member to its RS line up – the retro-designed Z650RS. This is the second retro bike following its bigger sibling the Z900RS which was launched back in 2018.

The new Kawasaki Z650RS will drop in Europe by November this year. In the next six months, we can expect it to head over to the Indian markets as well according to speculations.

The suspension duties on the Z650RS are managed by 41mm forks at the front and complemented with horizontal link rear shock with pre-load adjustment support. All of that is mated to a trellis frame. Again, it’s the same one you get on the Ninja 650 and the Z650.

The Kawasaki Z650RS is equipped with dual twin-piston front calipers coupled with 300mm round disc rotors. The front and rear brake duties are handled by a dual-channel ABS unit from Bosch.

If you are into classic motorcycles, this could be one interesting option in the mid-size segment. It has been priced between £7549 to £7699 (that equates to around 7.5 to 7.75 lac in INR) placing it around its sibling Z650. We expect it to come at around Rs 7 lakh here in India.