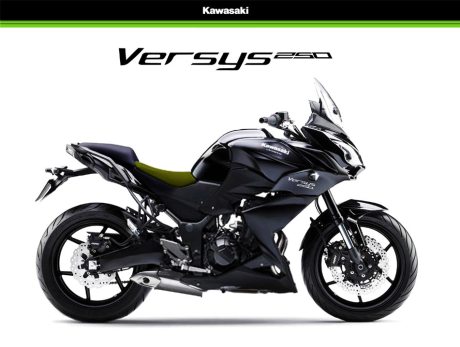 The 250-400 cc territory has two very interesting adventure oriented products lined up for a launch. The first being the 390 Adventure by KTM and the other the Adventure based bike on the BMW G 310R. However, one upcoming motorcycle which has been lost for a long time now is the Kawasaki Versys 250!

Last year, at the EICMA 2015, the Versys 250 was one of the most eagerly awaited products. It’s absence at the Kawasaki stalls though was a rather surprising thing. The bike though has still been eluding the enthusiasts at various motorcycle shows. Looks like the dream might just come true.

The Japanese bike maker, which is also set to launch two new nakeds in the form of the Z900 and Z650 might just bring the Versys 250 to this EICMA. A recent article posted by TMC Blog, reveals a few filings which almost confirm the existence of the bike. The filings listed by Kawasaki’s Indonesian arm show that two-quarter litres are on cards. One being the LE 250B and the other, LE 250C.

Now the LE moniker has been used by Kawasaki earlier for its adventure tourers, like the Versys 650. The Versys 250 is expected to share the engine as well as the frame from the Z 250. The twin-cylinder mill though, going by Kawasaki’s track record of tuning the same engine differently in different segments, will be re-worked a bit.

However, with two bikes in the list, there is a possibility that Kawasaki might just bring two engine options. One a twin and the other a cheaper single cylinder version. Wouldn’t that be great?