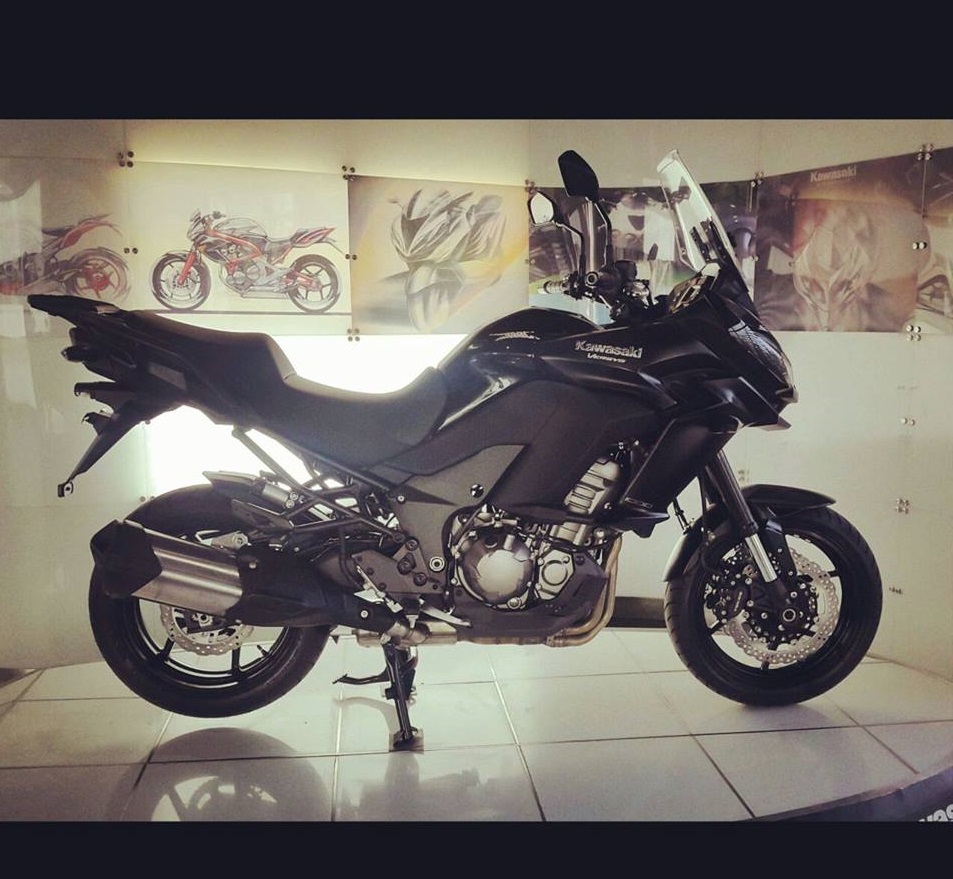 Just 10 days back we told you that Kawasaki might launch the Versys 1000 this month in India, and today we see that the bike has indeed arrived in our country! The black motorcycle is on display at the Kawasaki showroom in Pune, and the dealership has even started the bookings. The official launch should happen by next month as the deliveries are scheduled to commence from January 2015 onwards. 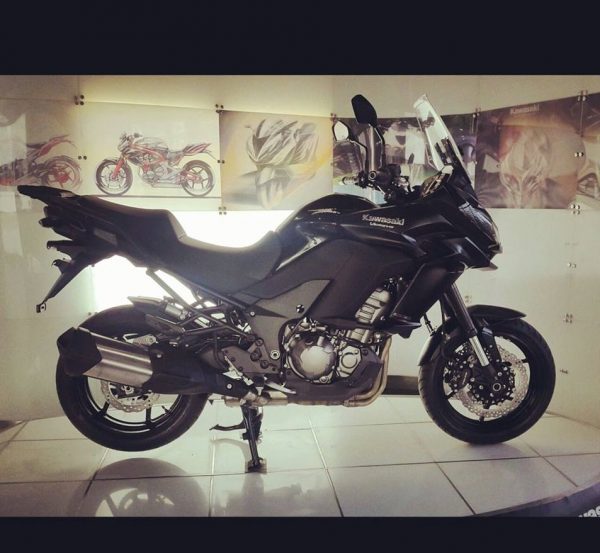 The Versys 1000 is powered by the same 1,043 cc inline-four engine that is found under the tank of the Z1000 hooligan or of the Ninja 1000 sports tourer. But instead of producing 140 bhp like the other two, the Versys puts out 120 horses. The torque figures are not out as yet and we are sure that Kawasaki would have endowed this one with a better mid-range than both the Ninja 1000 and the Z1000. 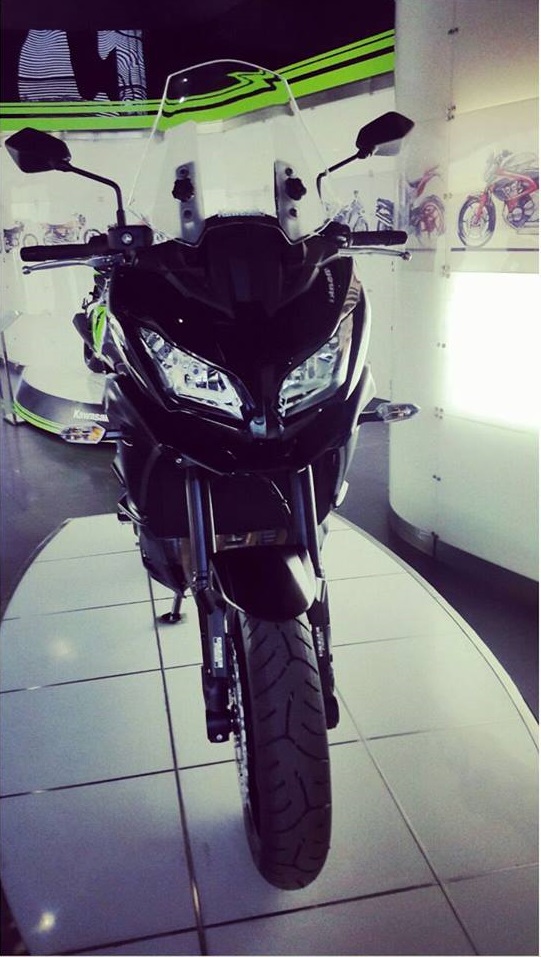 The Versys is a tall bike – a saddle height of 841 mm means that it’s higher than even the tallest Kawasaki in India yet, the Z800, whose seat is 834 mm off the ground. It’s on a par though with other Adventure motorcycles’ but we don’t think it can be lowered electronically, like one can on the BMW 1200 GS… Still, ABS, traction control with three modes, slipper clutch, and two power modes (Full and Low) are all there on the Kawasaki Versys.

A capable machine this one, but at approximately 15 lakh rupees, it would be around a lakh or so more expensive than the fantastic Ninja 1000. Kawasaki India has not announced the price of the Versys yet but we just hope it to be something that does not act as a deterrent for the potential buyers.

And Kawasaki India, you already have the Ninja 650 and the ER-6n here, so why not launch the Versys 650 too?