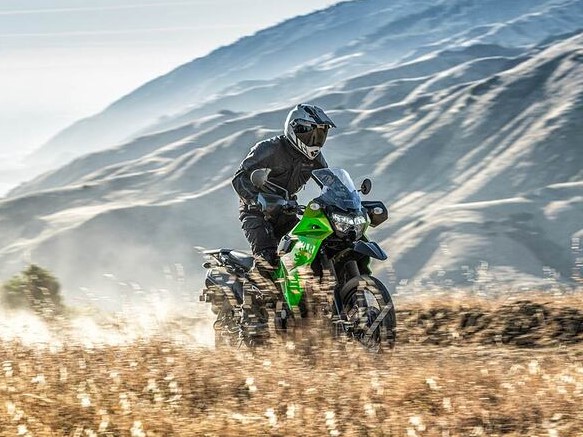 Kawasaki is the proud manufacturer of one of the most popular and longest-surviving ADVs in the world – KLR 650. Ask the off-roading veterans and they will swear by the KLR 650s and will start with long takes of how they have conquered continents and mountains straddling the KLRs.

So long is the unaltered history of the KLR 650 that many owners are able to restore their old bikes because the spare parts of the ADV are still available and/or in production. It was only last year that Kawasaki updated the KLR 650 with modern features like fuel injection, improved styling and a new one-piece frame.

Now, Kawasaki have launched the 4th variant to their famous model in the US market – 2023 Kawasaki KLR 650 S. It joins the current lineup of the Standard model, Traveler model and Adventure model.

The primary features that set the new S variant apart from the other variants are the addition of a lower seat and shorter travel suspension. These features make the bike more of a soft-roader which has now become accessible to a wide range of riders with shorter stature.

After being revealed in the US market, there is a high probability that the new Kawasaki KLR 650 S variant will make its way into the Australian market. Back in July, we reported Kawasaki Australia will be adding the ‘S’ variant of the KLR 650 to their ADV lineup in the continent down-under. Kawasaki have already registered in the new S variant through the relevant motor-vehicle authority and will soon be introducing the said variant in the continent.

As for our country, though the ADV could be areally good fit, there is very low chance Kawasaki will be launching any variant of the KLR 650 in India anytime soon.