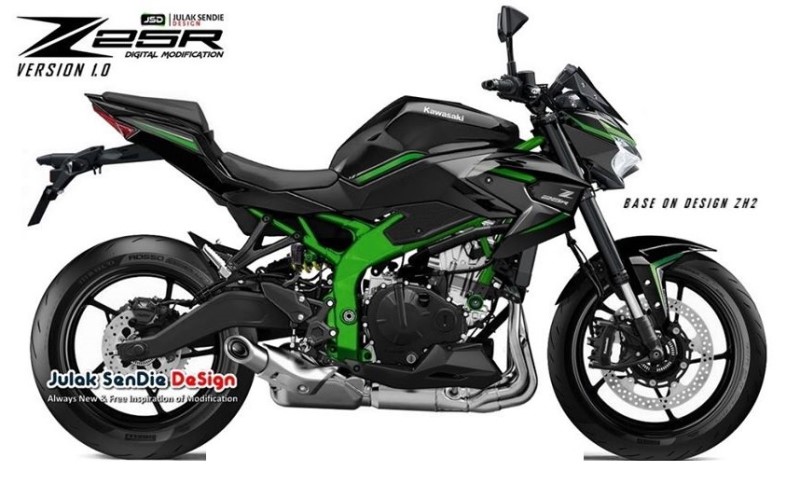 Could a naked ZX25R be a possibility? An artist has imagined the streetfighter version which could be called as Z25R…

Kawasaki created quite a stir in the market when it launched the beastly Ninja ZX-25R with an in-line four-cylinder engine. The motorcycle is the only one in its class to feature an engine with four cylinders in the world currently!

After introducing the baby ZX to the world, there are speculations of its natural sibling – its naked version. Someone has made speculative render pics of what could be called Z-25R.

The designer of these pics has imagined the naked adorning a design that is similar to that of the faired version. In place of that aerodynamic fairing is a naked street-bike look with an aggressive face – which we have got used to on Kawasaki’s Z family. Apart from that, the bike shares most of its components with the Ninja ZX-25R.

It is to be noted that these are just an artist’s imagination at this point and there is nothing official about it as there are no concrete bits so far. However, the concept of a streetfighter based on the ZX-25R does look exciting, but Kawasaki will have to analyze if there is a market for such a naked bike in the market…

Would you like to see a naked four-cylinder 250 cc?