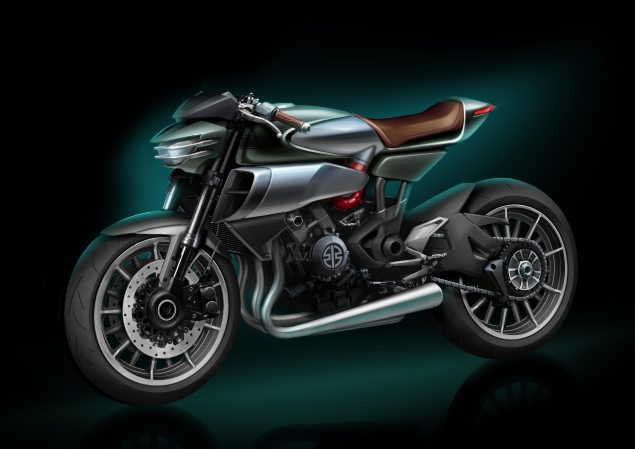 You consider Kawasaki H2 is costly and something untamable but your heart still goes out for that piece of tech called as ‘supercharging’ and want something which is less devastating? If yes, than this snippet is for you…; read on…

Kawasaki showed the prowess of ‘supercharged’ motorcycles with their maniac H2 (and H2R) and ever since then the motoring world has not been the same. After that, the brand has showcased multiple concept motorcycles at various Auto Shows. Now while Euro 4 has been achieved for most bikes, when the world will shift to Euro 5 & Euro 6, supercharging has the potential to become a more widely used technology.

Kawasaki understands that supercharging can be used not just for performance-enhancement in litre class flagships, instead, it can serve a much bigger purpose in letting smaller motorcycles flaunt performance.

In an interview with MCN, Mr Tsuyoshi Shibata, Product Planning Manager of Kawasaki Motors Europe, revealed that the Japanese brand has intents to bring more supercharged bikes. He said:

“Last year we showed the Soul Charger and Spirit Charger at the Tokyo Show and EICMA and while we didn’t speak about capacity, the H2 was always a pinnacle machine. The H2 showed how far we could go in terms of performance, but we now need to hit a balance between economy, usability and power. Yes, that is our dream, to offer supercharged bikes to normal riders. Only Kawasaki can offer supercharger technology thanks to our dedicated technology within the company. We would like to offer a range of supercharged bikes.”

He further added that smaller supercharged bikes will help keep size and weight under check. The age-old conception that only large capacity engines can produce higher power does not hold true with the advent of newer technologies like supercharging.

We are sure, after the advent of mid-sized 500-600 cc supercharged motorcycles (from Kawasaki and others), the world would be a happier place to live in!

Kawasaki, bring it on!