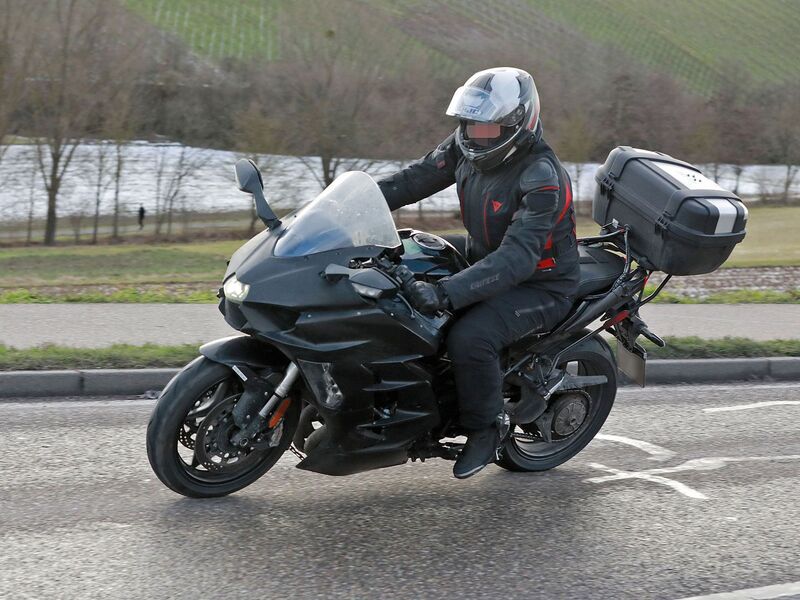 Radar tech on premium motorcycles is not a new thing. Ducati, KTM, BMW and Kawasaki are pioneers of this technology and are working hard to evolve this it to bring it downstream to more affordable bikes.

We are all familiar with cruise control on high-end bikes. For the uninitiated, It is an electronics feature where the rider can set a particular speed on the dashboard and release the throttle, the ECU and the electronics of the bike will keep the bike cruising at the pre-set speed set by the rider.

In recent GT models from Ducati, KTM, BMW and Kawasaki, manufacturers have added Radar technology to their existing cruise control system in order to help the bike decelerate, accelerate and even emergency-brake according to traffic and road conditions. This system is called Adaptive Cruise Control and also features the ability to alert the rider if a vehicle does venture into their blindspot.

In 2019, Kawasaki partnered with Bosch and used the German company’s advanced Radar systems to help them with their adaptive cruise control and blind-spot detection system. This technology was first featured on Kawasaki H2 SX sports-tourer sporting a Radar system mounted at the front of the super-charged motorcycle. In 2022, the updated H2 SX doubled down on the feature and is equipped with two Radar systems mounted at the front and the rear of the bike, increasing the capabilities and range of the blind-spot monitoring system.

Now, Cycleworld has unearthed some patents that show us that Kawasaki is taking this tech to the next level. According to the patents, Kawasaki is working to combine the Radar tech with a camera system to increase the functionality and capabilities of the entire system.

This camera technology has become very prevalent in the car world. The best example of the Radar and the camera system working in tandem can be seen on all the Tesla EVs and their Autonomous Driving System. The cameras add a third-dimension to the entire system with the system now able to sense color, measure light and detect surface details.

According to the patent drawings, Kawasaki is trying to mount a camera system just behind the lower part of the visor, near the nose section of the bike. Last year, some spy-images came to light which showed Kawasaki testing a similar camera system mounted behind the lower part of the visor of the bike. Absent from the latest spec of their sports-tourer, we might find this technology on the next iteration of the super-charged H2 SX.

Additionally, the patent also hints at the functionality of the camera system in the bike. Kawasaki mentions that the camera system will work in combination with the headlights of the bike. This means the system will automatically switch the headlights from high-beam to low-beam when it detects other vehicles during low light conditions. This system could further lead to technology like adaptive headlights where headlights can use multiple LED lights and illuminate and dim specific lights according to the demands of conditions and situations.

The patent also mentions that this system can further improve the collision mitigation system and the adaptive cruise control system. The camera can pick on the rear brake-lights of the vehicles in front to better manage the distance and emergency stopping of the bike. The camera system can also better identify the speed limit boards, other vehicles and pedestrians on the road to better manage the cruise control and adaptive braking of the bike.

These are all speculations, we might as well add. Filing a patent by the company does not necessarily mean it will definitely make it to the final product. But, in the case of Kawasaki and seeing how far they are in the process, it will not be a surprise to see their flagship sports-tourer sporting the latest camera and Radar technology on it.