The Ninja series was a distant dream for us Indians a few years back. But that was until Kawasaki decided to launch the best quarter liter bike in India – Ninja 250R in October 2009. 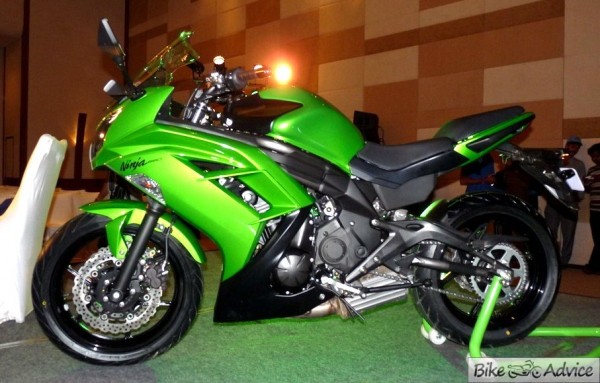 It followed it up with the bigger sibling Ninja 650R in June 2011 which was replaced by the new Ninja 650 in August 2012. That means we have had 3 bikes from the Ninja series in India so far. The next question arises, how many bikers have their dreams fulfilled by either of these bikes.

This was revealed by Bajaj at the official launch of the fourth Ninja in India – the Ninja 300. Answering a direct question on the total number of sales of Ninja, Bajaj said they have managed to sell 3000 bikes so far in India and this includes the 250R, 650R and the 650. Majority of these will obviously be the more affordable now defunct Ninja 250R.

This figure also reflects the increasing interest of generic Indian buyers in high powered costlier bikes. And, hence, also gives us an indication of a sudden boom in the interest of bigger international manufacturers flocking our country.

It would be very interesting to see how will Ninja 300 add upto this tally. And considering Bajaj’s promise of sufficient number of units available and allotted for India, we might see the next 3000 a little earlier!