Amidst a lot of fanfare and speculations, Bajaj Auto launched the Kawasaki Ninja 300 today in the Indian market at a glittering function in Pune.

Simply put, it replaces the flagship and older Ninja 250R. Although Kawasaki still produces and sells the Ninja 250R in other markets, for some good reasons, they decided to discontinue the old one and bring in the new Ninja 300. Bajaj ProBiking showrooms, through which Ninja 300 will be sold, have already started accepting bookings all over the country. 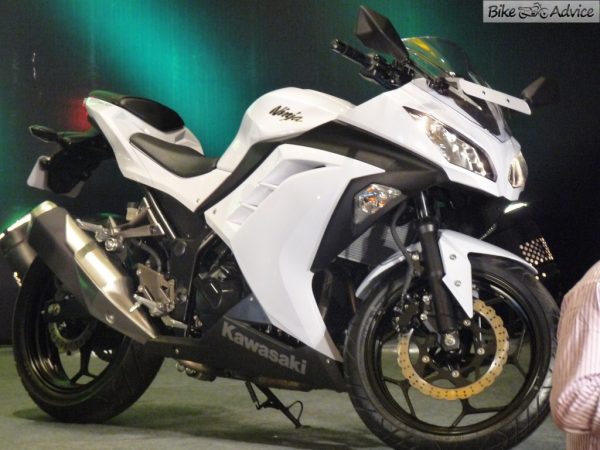 There is a lot of it which has undergone the designer knife treatment. The biggest change is the omission of ‘R’ from the name, Ninja 300 name is complete in itself without any prefix or suffix of ‘R’. Compared to the Ninja 250R, the Ninja 300 is sharper and svelte. But the razor sharp edges and small scoops are quite subtle. It really can be perceived as an “all-new” bike in the market. 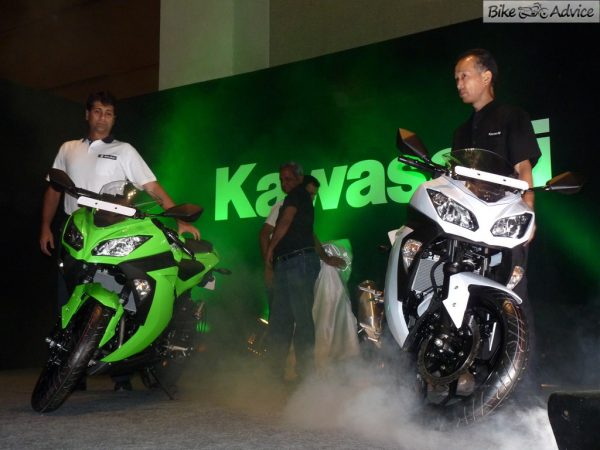 Fuel is force fed into the cylinders via injectors with dual throttle valves. The engine is mated to a 6 speed transmission sending power to the rear wheels. On the inside, you get a diamond steel tube chassis. At the front you get a single 290mm petal disc with dual piston calipers while at the rear there is a 220mm dual piston caliper petal disc. 110/70 and thicker 140/70 17 incher rubbers perform duty at the front and rear respectively.

Kawasaki says that Ninja 300 is inspired from bigger Ninjas and borrow a lot of cues from them. For instance, the fairing design and wheel design from Ninja ZX-14R, Floating windscreen from Ninja ZX-10R etc. The new Ninja 300 comes with better heat management, newly designed seats, wider and raised handlebars all of which combine to give better ergonomics and a claimed more comfortable ride. 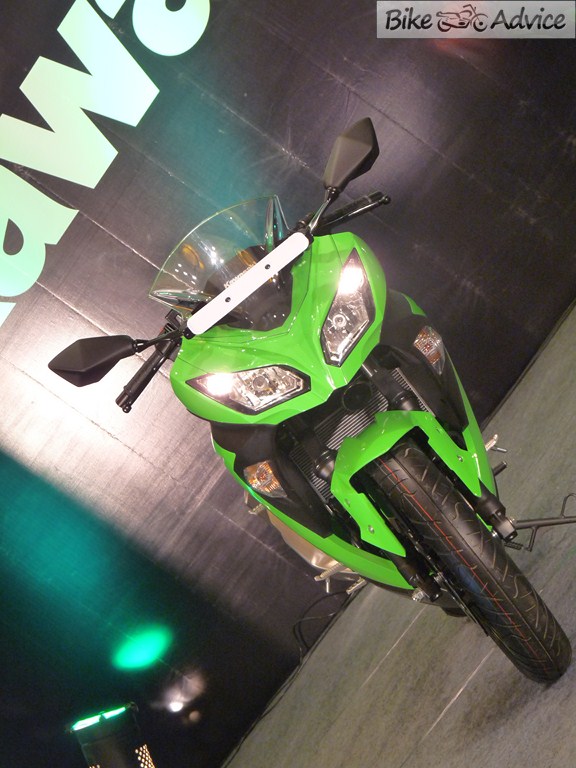 Kawasaki also claims that the engine is tuned for better low and mid range power. The frame has also been worked upon to withstand higher power and reduced vibrations. The engine also gets new cylinder head, lighter pistons, new crankcase and oil pan. Ninja 300 also gets rid of Ninja 250R’s biggest qualm. It comes with a contemporary and much better looking semi-digital instrumentation.

However, the biggest disappointment among the biking aficionados of the country will be the omission of ABS. And from the conversations at the event, it doesn’t appear that the company has any plans to bring them anytime soon. 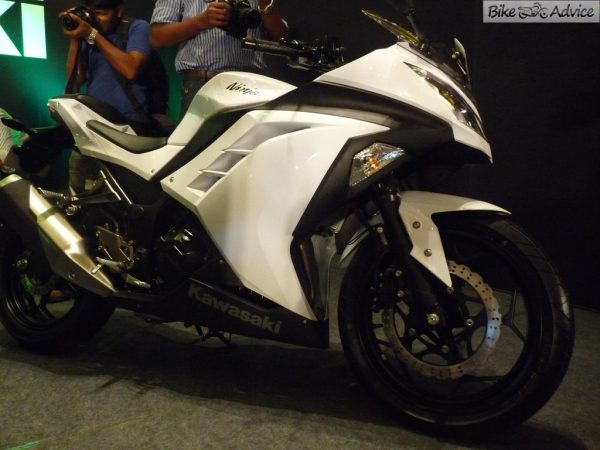 Ninja 300 will be available in the trademark Kawasaki Lime Green and Pearl Stardust White colors which means the black color is also no more. The white color is a real chic-magnet and no wonder you see more white than green here at this page. It is glossy and really rich. Ninja 300 is priced at at Rs 3.5 Lakh ex-showroom Delhi and is available rightaway at dealerships. Dealerships are claiming a wait period of maximum 2 months but are confident of delivering the bike well before that. It appears the company is also better prepared for that this time. At most places price of the bike will be around the Rs 4 lakh mark on road.

After reading this, how many of you are heading to a Bajaj probiking/KTM showroom? And if you are, just drool over these pics before you step out 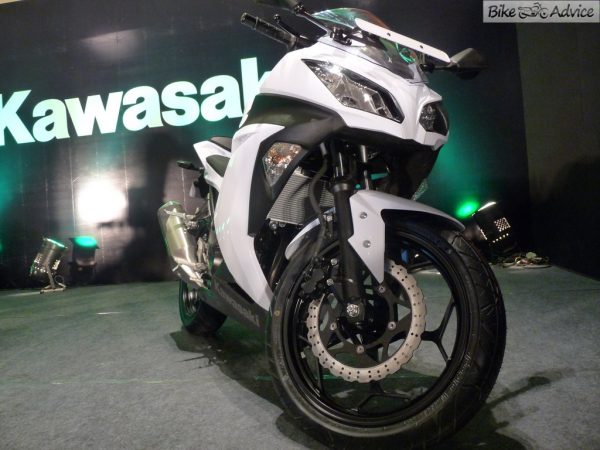 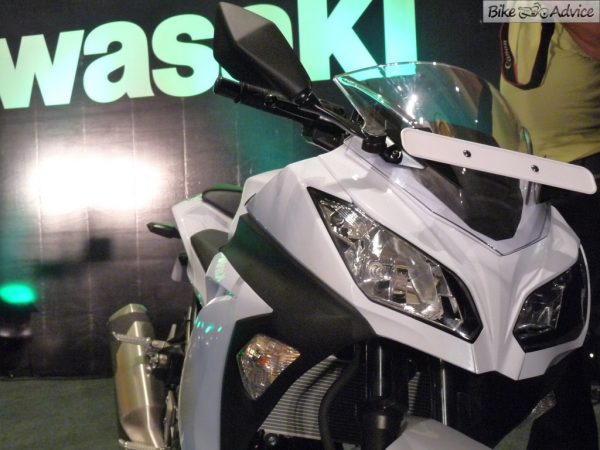 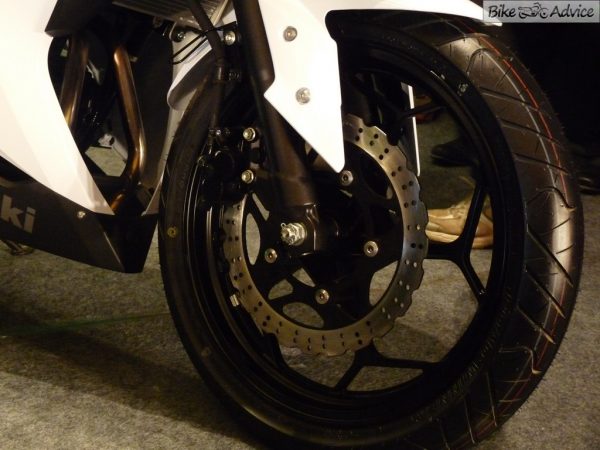 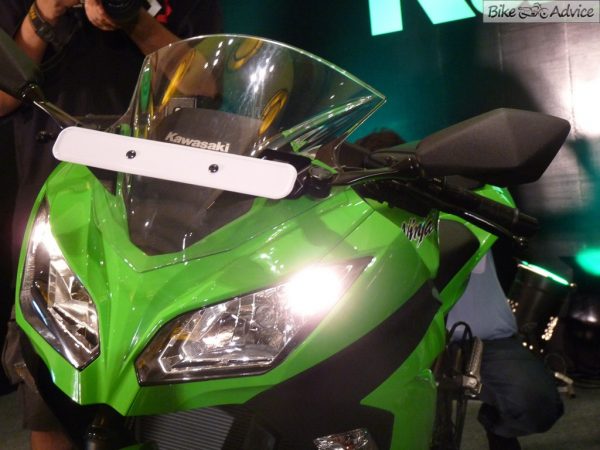 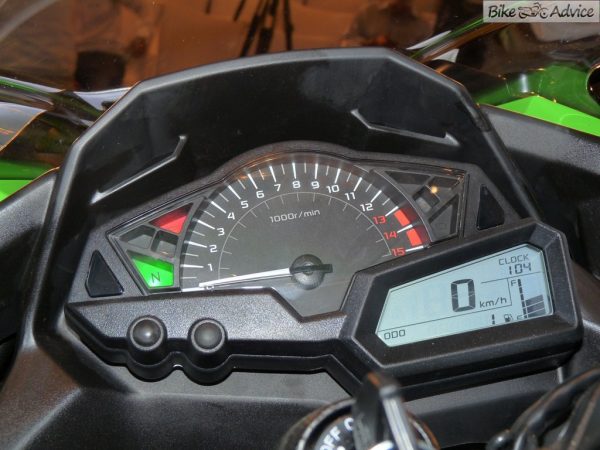 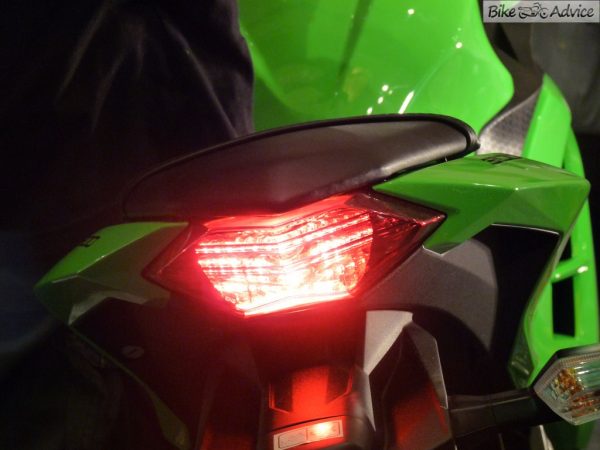 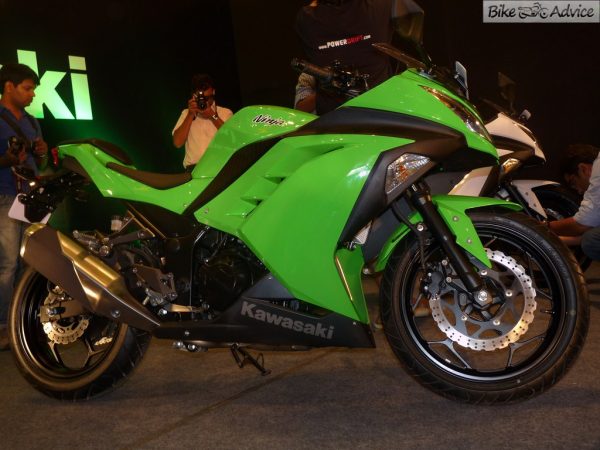 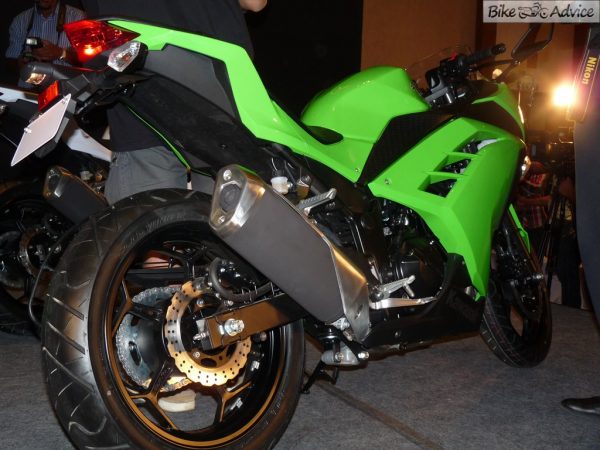 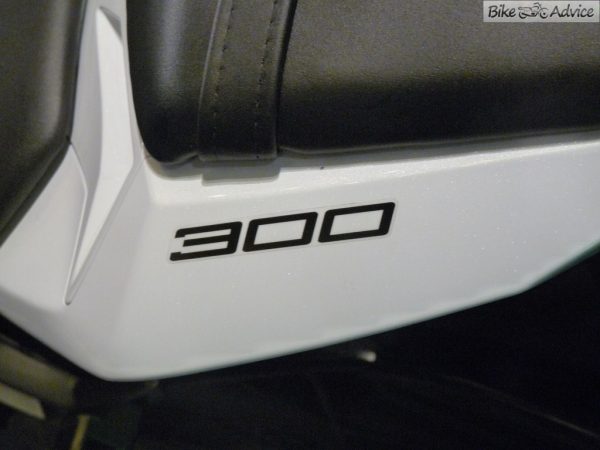 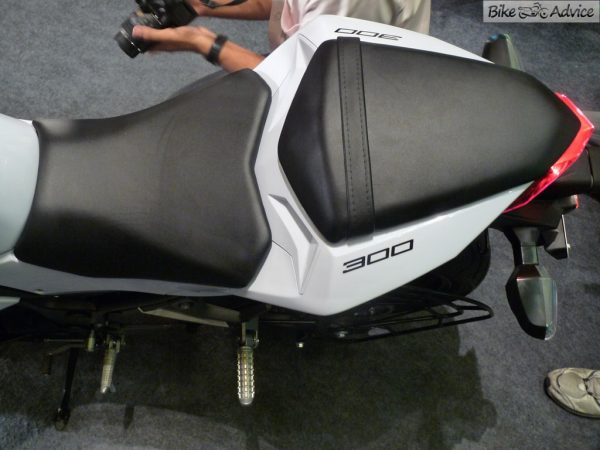 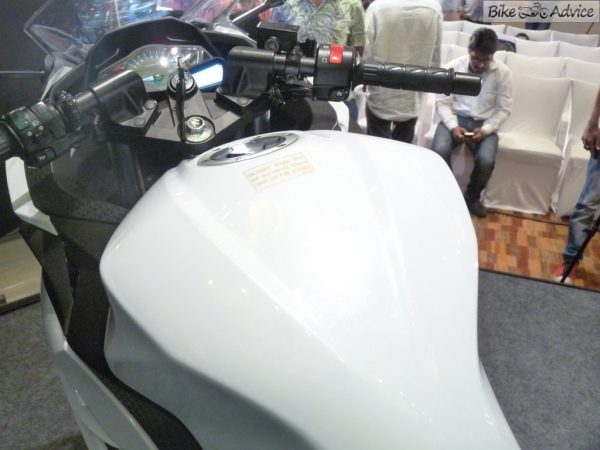 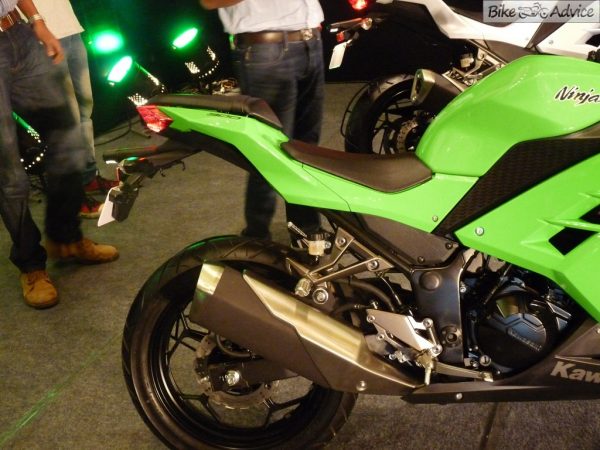 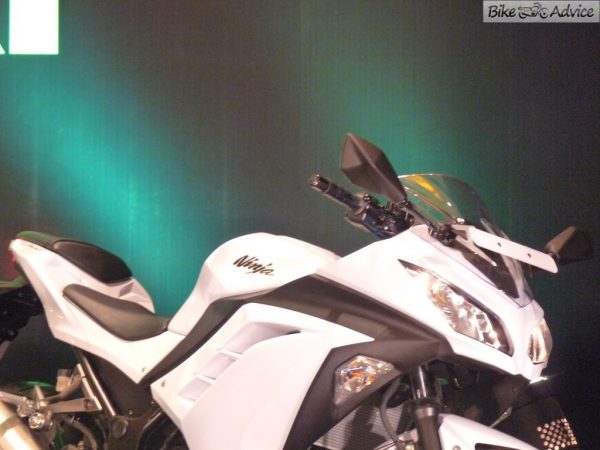 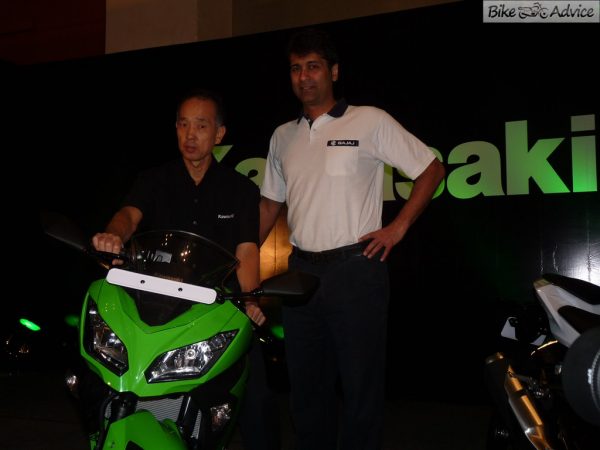