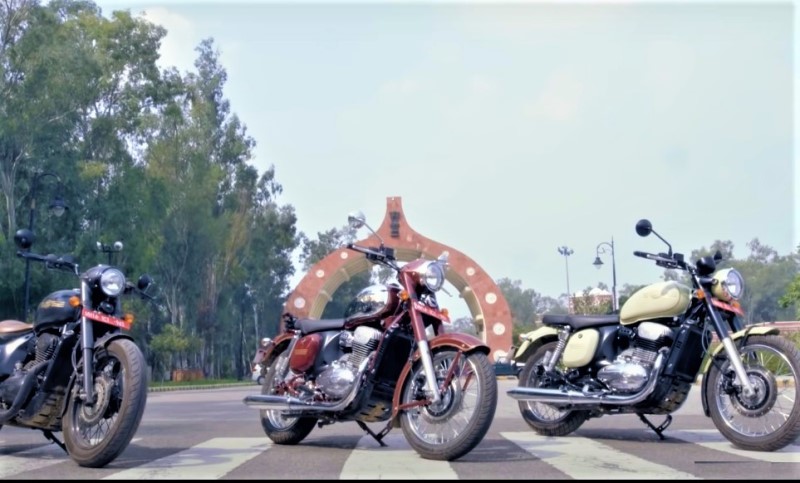 The company has showcased the first episode of Punjab Da Tor ride, on this special occasion of Independence Day.

While the nation is celebrating the momentous occasion of the 74th Independence Day, automotive manufacturers are chipping in with their shares…

Jawa Motorcycles has offered its tribute to the armed forces on this occasion. The company, which is owned by Mahindra Group, has showcased the first episode of a series of experiences that the team encountered during their ‘Punjab Da Tor’ ride.

The ride was held earlier this year, and the episode traces the first day of the journey along the borders in Punjab. The episode is termed as ‘The Battlefield Trail’ in which 35 ‘Jawa Nomads’ participated to visit three active border posts to witness a day in soldier’s life.

With this video, the company intends to pay its tribute to the armed forces, that risk their lives to safeguard our country. Here is the 6 minute long video..

The company, which made its comeback into the Indian market in the year 2018, sells three models at the moment which include the Jawa, the Forty Two, and the Perak. While the motorcycles have gained fairly good traction in India, the company is often criticized for the enormous delays in deliveries.