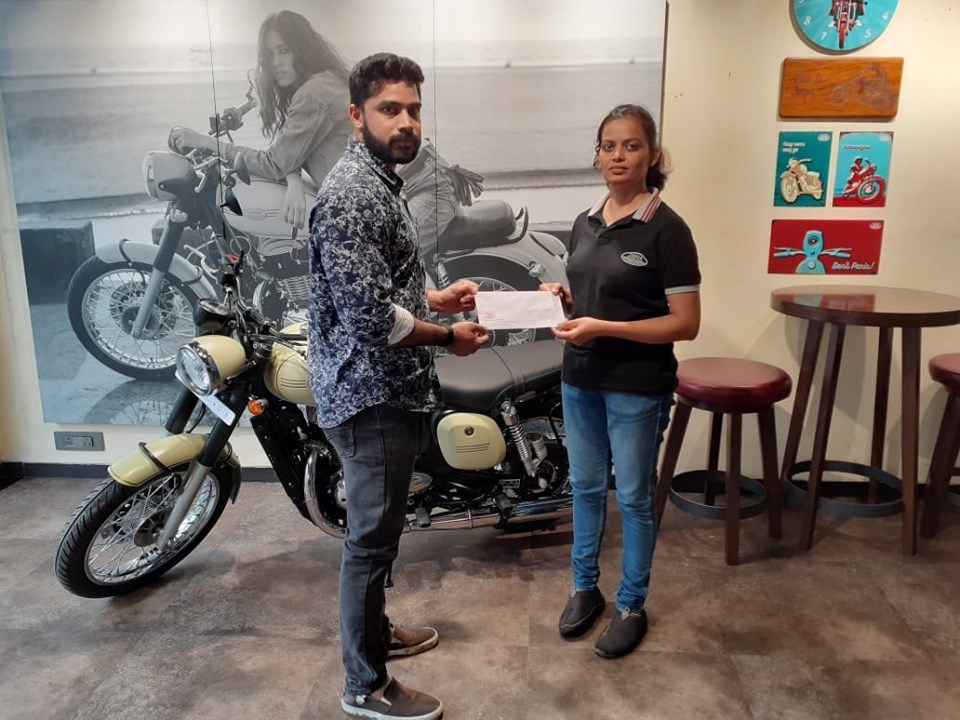 Jawa dual channel ABS deliveries have commenced and the first customer appears to be from Nagpur.

Shortly after official launch, Jawa announced that they will also make dual channel ABS versions of its motorcycles – Jawa and Jawa 42. Along with the safer ABS which works on both the wheels, these variants also get rear disc brake as well. The single channel ABS Jawas come with drum brakes at the rear.

Recently, Anupam Thareja, founder and CEO of Classic Legends (which sells the Jawa branded motorcycles in India) had confirmed that deliveries of Jawa dual ABS were to commence by last week of June and according to a photo update by Jawa Motorcycles Nagpur at Facebook, deliveries have indeed started.

In the first pic, owner Mr Gunwant Khobragade is getting delivery of his Jawa 42 dual ABS. This confirms that production and dispatch of the new variant has commenced and bikers who have been waiting for their motorcycles, some for as long as 7-8 months, should start getting their motorcycles in the order of their bookings.

Classic Legends is charging Rs 8900 extra on the ex-showroom prices of the motorcycles for the Jawa dual ABS variants. They are priced at Rs 1.64 Lakh and Rs 1.73 Lakh ex-showroom in Delhi for the forty two and Jawa respectively.