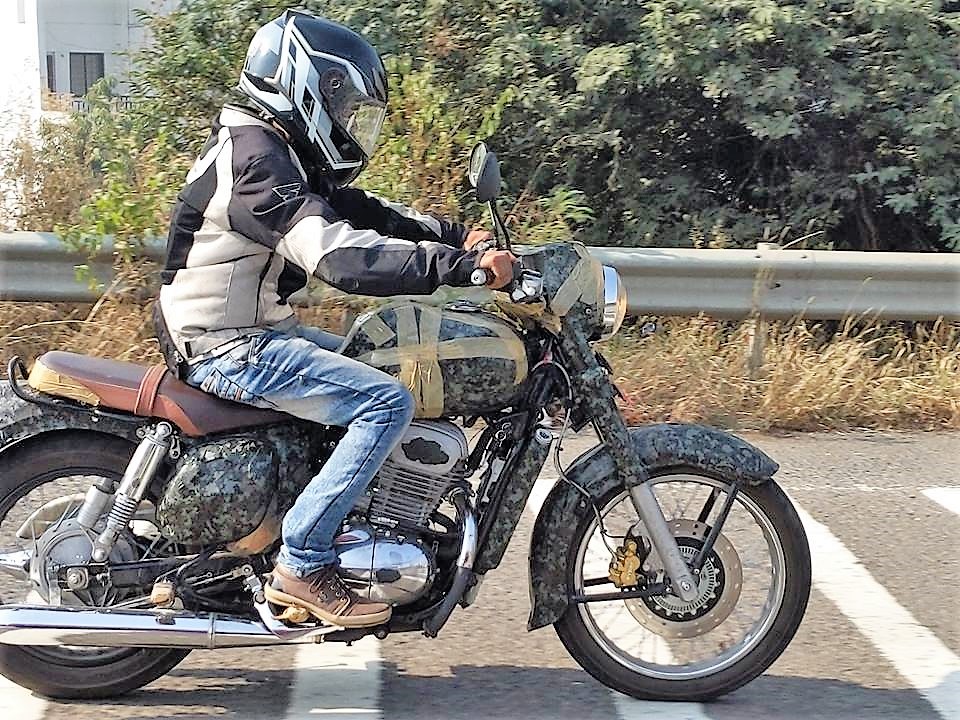 Jawa 300 spy pics reveal how will the motorcycle look. RE Classic has a big rival brewing up…

Update – Now Launched. Here is the launch article including the prices…

Internet is abuzz with the launch/unveil of Jawa motorcycles for India. There are expected to be more than one motorcycle that the company will reveal tomorrow. New spy pics of the retro classic – the RE Classic rival have come up at Fast Bikes India’s Facebook page.

As you can see this is a thorough-bred retro-themed motorcycle which clearly has Royal Enfield’s Classic in sight. This, yet to be named motorcycle, features a bulged fuel tank, classic-styled round headlamp, flatter seat, twin exhaust canisters and retro styled shock absorbers – including a twin set-up at the rear.

Front tyre is shod with a disc brake whereas the rear makes do with drum brakes which may mean that it would be equipped with a single channel ABS unit (or this may just be one of the test mules). These camouflaged mules are shod with spoke wheels and that rear suspension gets Gas-charged canisters. 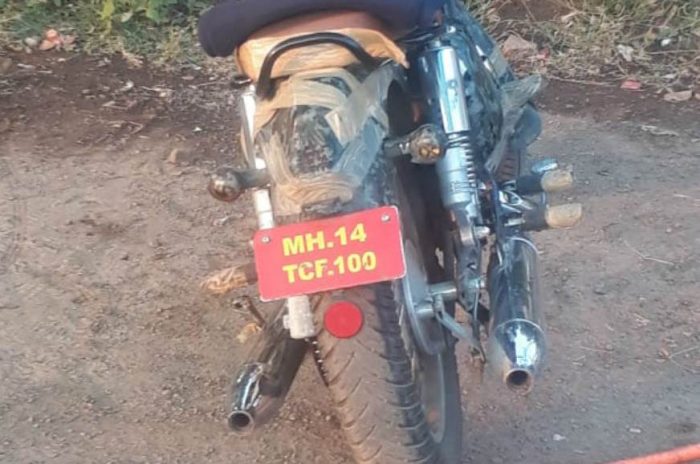 As revealed by the company a few days back, Jawa 300 will be powered by Mojo-based single cylinder fuel injected DOHC motor capable of producing 27 bhp of peak power and 28 Nm of max torque. Jawa also informs that the focus is on generous mid-range and it will have a flat torque curve. Link to all details 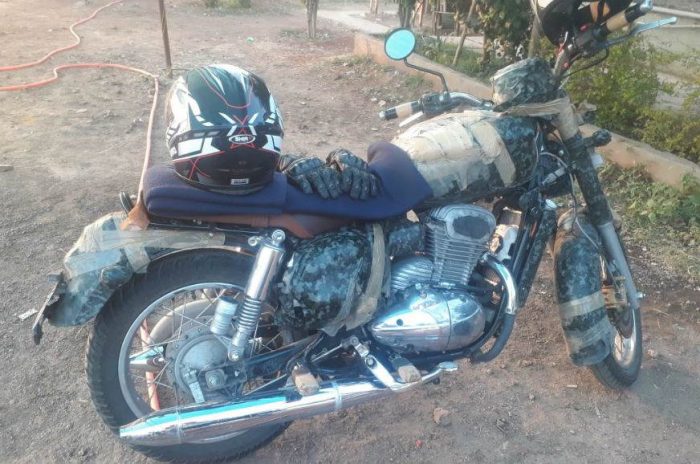 Also, these spy pics suggest how well the engine design has gelled with the overall retro theme of the motorcycle.

Jawa has announced the first official unveiling of the motorcycle on 15th of this month and there are hints that there will be three of them – now these could be three new motorcycles based on the same platform of they could just be different variants of the same motorcycle. But it is transpiring out to be something interesting… You like what you see…?