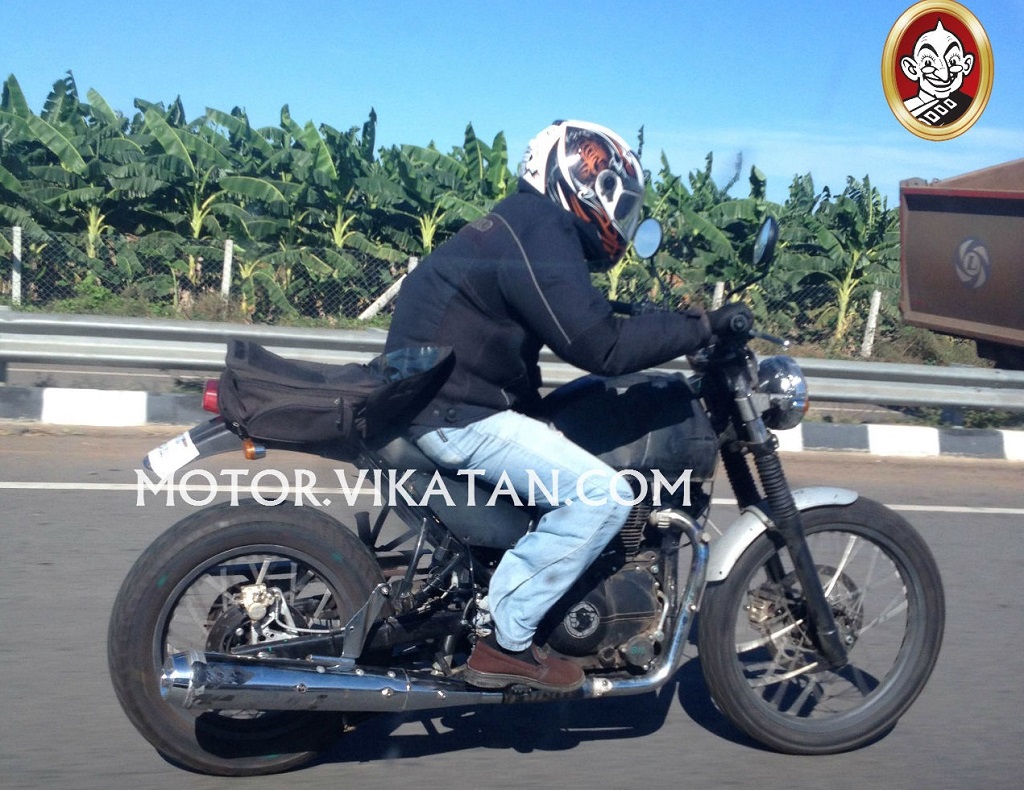 Royal Enfield registered the name ‘Himalayan’ a few weeks back and ever since then there has been growing interest on what will it herald! And here it is right in front of us! After popularizing the cafe racer concept with its Continental GT, Royal Enfield’s next bike will target the Adventure folks. Expected to be called as Himalayan, it has been spotted testing for the first time. 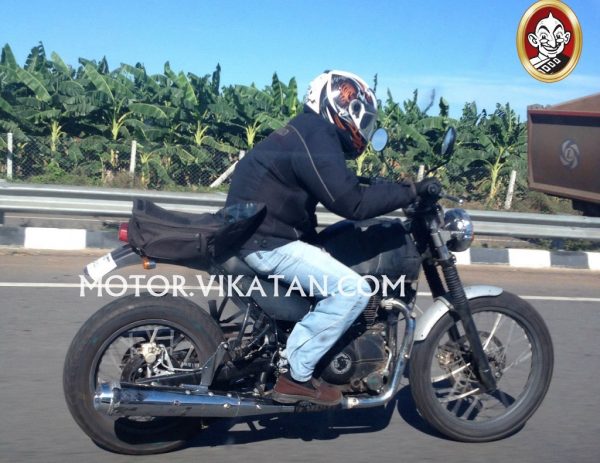 Snapped by a Motor Vikatan reader, the interesting looking motorcycle was caught on test in Chennai. Instantly, the first thing we notice is the rear monoshock absorber, which will be a first for any Royal Enfield ever produced! The seat (both pillion and rider) is high set and there is that long chrome exhaust running across almost till the tip of the tyre, which appears to be the broadest RE has used till now. The rubber definitely is NOT an 18 or 19 incher, which is the trend with REs and will be smaller in diameter. Apart from that, we can also notice the rear disc brakes which are standard on the CGT as well.

The front continues to sport the round chrome studded headlamp and the handlebars are raised. With this we come to the most interesting aspect of the upcoming motorcycle – its engine! Though not much can be made from the spy pics we have, but it appears to be an all-new motor. 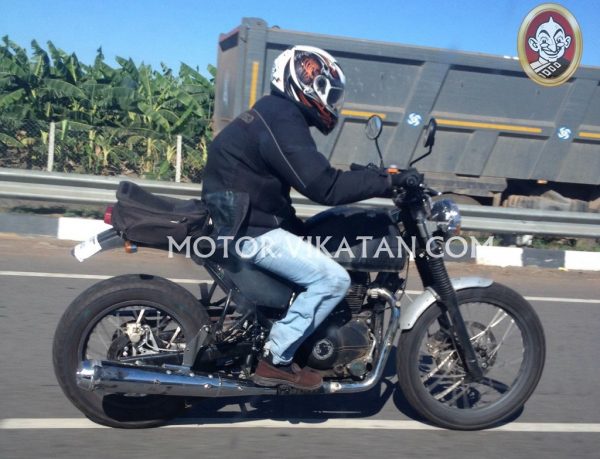 Speculations peg the capacity of the new engine in the vicinity of 400cc and a torque output at about 38-40 Nm. Like the Continental GT, the Himalayan looks interestingly adventurous to us and we are sure they will talk about it sooner or later. If not before, we expect Royal Enfield to showcase the bike at the Auto Expo of 2016 along with a launch possibly sometime later. They have also been caught testing their upcoming twin-cylinder engine on CGT.