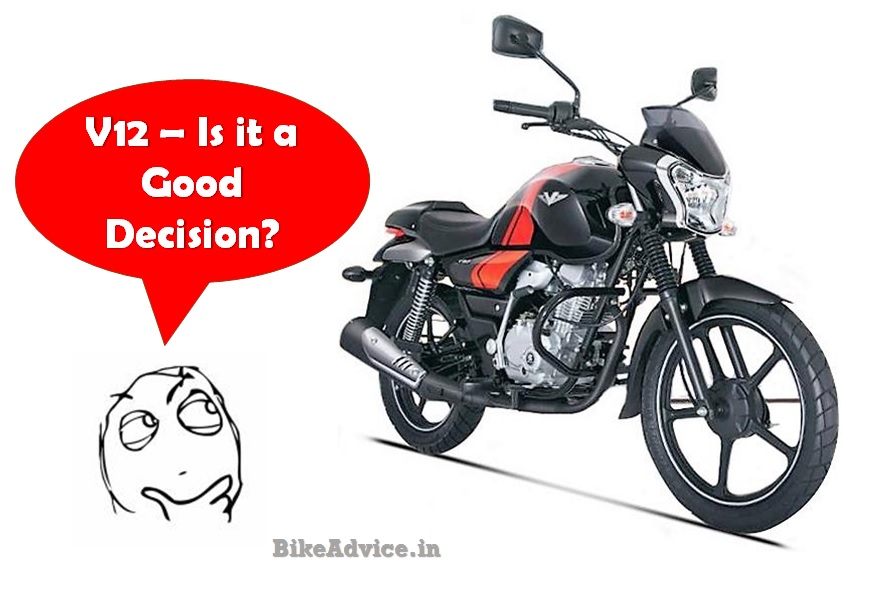 Bajaj introduced a new brand called as V and 150cc V15 was its first launch. With massive (and patriotic) promotion, the motorcycle got off to a flying start and a lot of the buyers we have had a word with – said they bought the motorcycle for its unique looks which were different from the ‘league’ and its exhaust note.

Bajaj had half won the battle. Now the next shot they fired was a smaller 125 cc V12, full-fledged dispatches of which began from December 2016 (Bajaj also shipped out a handful of units in November). Ideally, addition of a new variant should increase your effective sales and V12 should have added at least 30-50 percent to the V’s tally to make a case for itself.

On the other hand V12 has managed to lure only 6212 buyers on an average in all these months pushing the overall brand V’s share to only about 14,000 units, much lesser than what the V15 was managing alone. 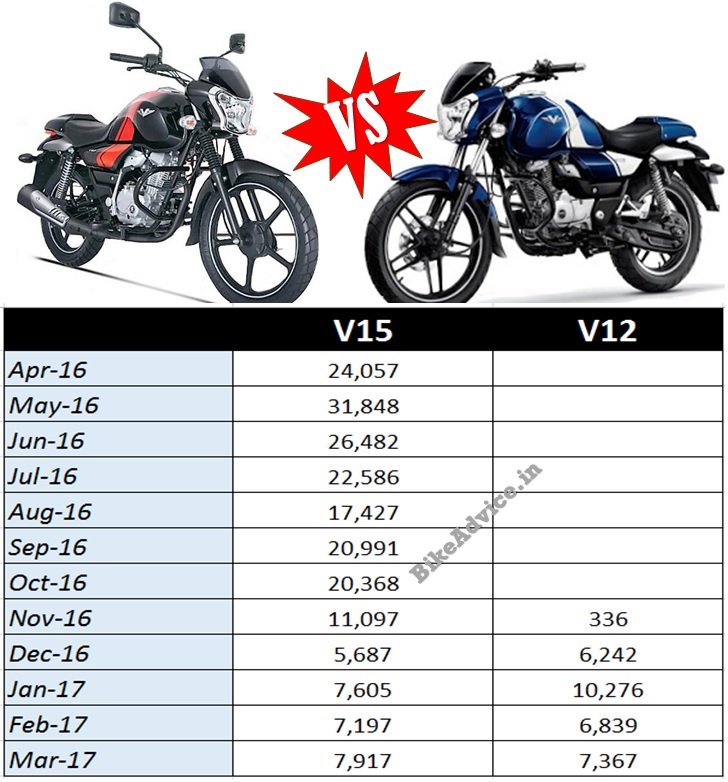 Cannibalisation is one big cause of this reduction in sale. It appears that a buyer opting for V12 is already a V15 prospect and it is not adding up from Bajaj’s rival’s tally. In fact, he may be downgrading considering V12 as a more optimum choice for him.

In a lot of comments we have received, buyers are expecting a bigger V, probably a 180 or even a 200! If Bajaj does NOT want to make the 200 too common, they can just experiment with a 180cc V and in the process, the Pulsar 180’s motor could also get some economies of scale. What do you think?