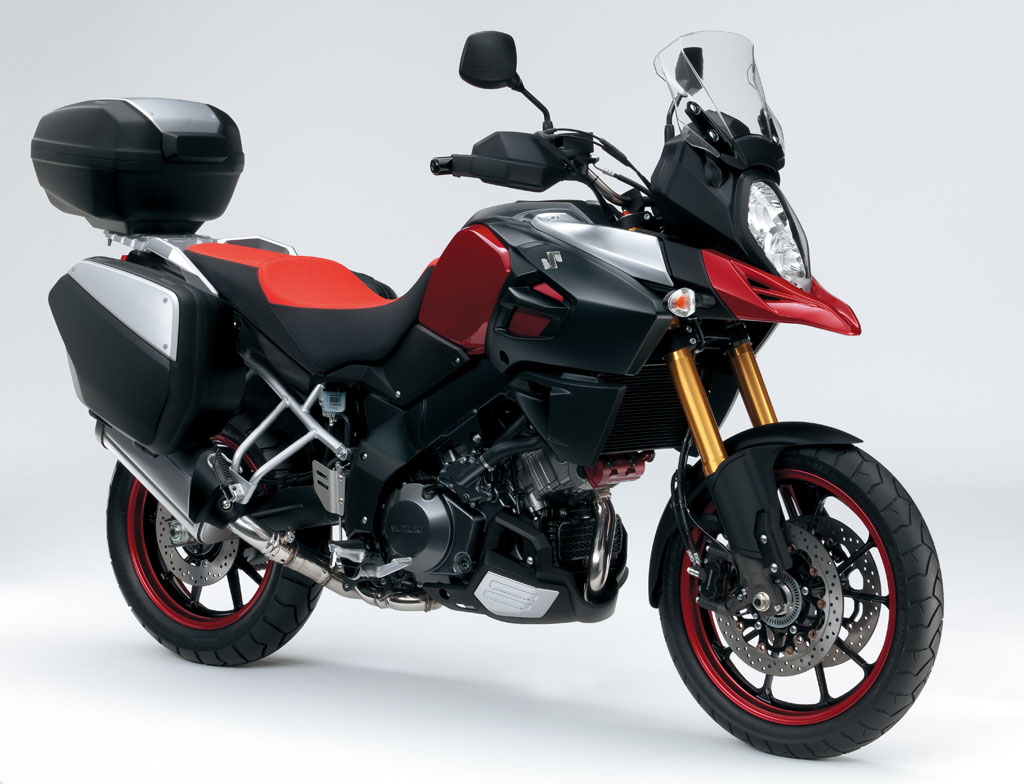 At the INTERMOT 2012 motorcycle show, Suzuki Motorcycles has unveiled their new concept, the V Storm 1000. Prior to the showcase of the bike, it was rumored that Suzuki will style the V Storm 1000 based on the current V Storm 650 but the public was taken for a surprise during the reveal when it became clear that the inspiration was not the V Storm 650 but Suzuki’s 1988 DR750S, one of the company’s first big displacement multi-purpose motorcycle. 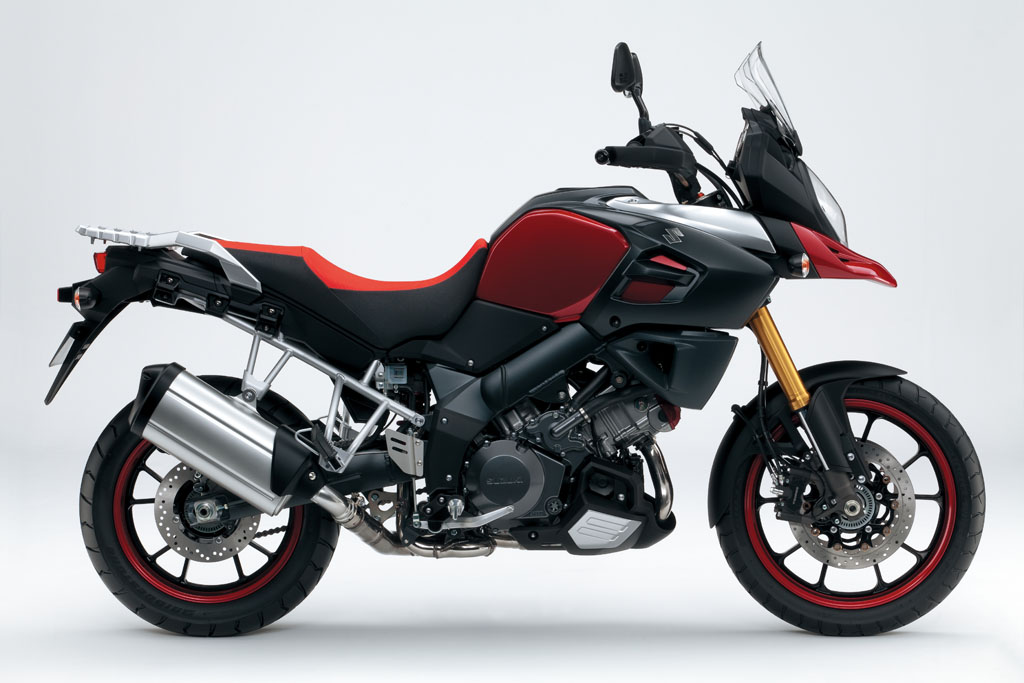 Compared to the 2012 model, the bike seems completely new. The styling has been heavily modified and with lot of weight shedding exercises, looks neater than the previous model. Down under, the heart of the V Storm 1000, the 996 cc, 4-stroke, liquid-cooled, DOHC, 90-degree V-twin engine has been redesigned completely and gets traction control. Any changes made in the power and torque output is not revealed yet. Suzuki aims to portray the V Storm 1000 as an adventure-tourer, a relatively new breed of motorcycles which includes the Ducati Multistrada 1200, the BMW R1200GS and the KTM 1190 Adventure.

The chassis is all aluminum with a broader seat, adjustable windshield and large 10 spoke alloy wheels making it a true adventure-tourer. Suspension duties are done by a pair of inverter forks at the front and a mono-shock at the rear. Both are adjustable but to how much degree is still not clear. For the brakes, radial mounted calipers at the front an back coupled with ABS will serve the purpose. Prices and detailed technical specifications of this have not been revealed yet. With adventure-touring becoming more and more popular in India, Suzuki can think of bringing this bike to the Indian market. We expect this bike to hit the markets by 2014. 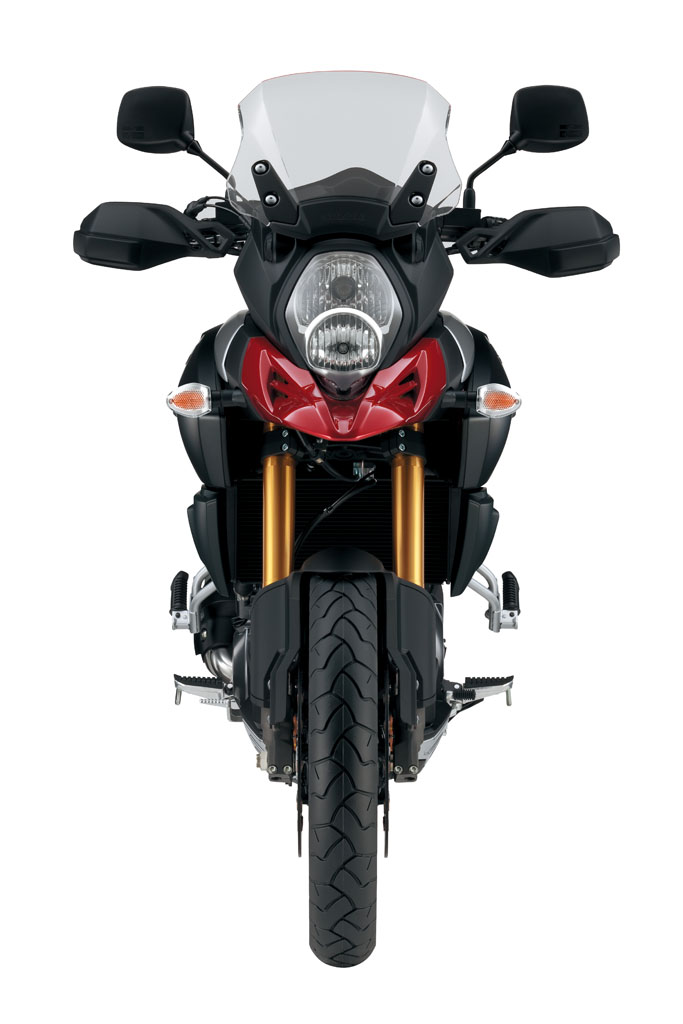 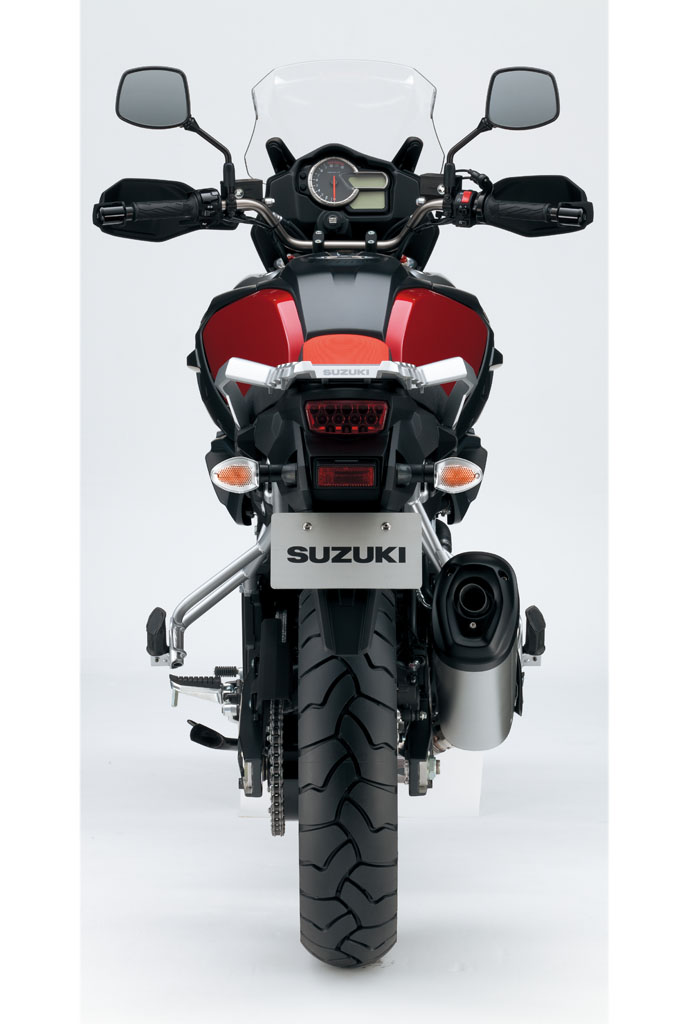