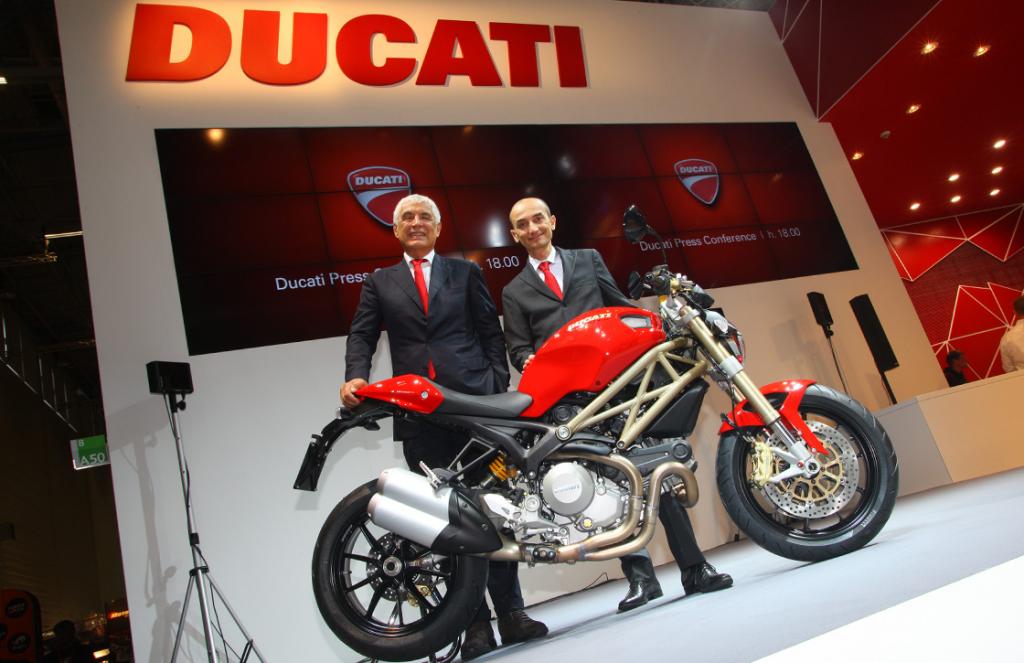 Ducati unveiled its entire 2013 line-up of motorcycle offerings at the INTERMOT 2012 currently underway in Cologne, Germany. The very popular Italian motorcycle maker showcased the race-tuned 1199 Panigale RS13, one of the bikes among its line-up to drool about all day long. The race specification tuned Ducati Panigale RS13 was specially prepared by Ducati’s racing division, Ducati Corse for the upcoming World SuperBike Championship 2013. Another 1199 Panigale was also showcased in arctic white shade, unlike the fiery Ducati red.

Also revealed to the general public was the 2013 Multistrada line-up which we brought to you earlier. The latest Multistrada range of motorcycles get a better Testastretta engine, codenamed Testastretta 110 with a restyled front end, LED lighting and Ducati Semi-Active SkyHook suspension. Ducati terms the Multistrada as a 4-in-1 bike capable of managing any kind of terrain. Other bikes showcased include the Diavel in 3 new colors, the 1100EVO, the 696, the 796 all special edition models to commemorate the 20th anniversary. Some of the Ducati models will indeed make way to India, and we will keep you posted. 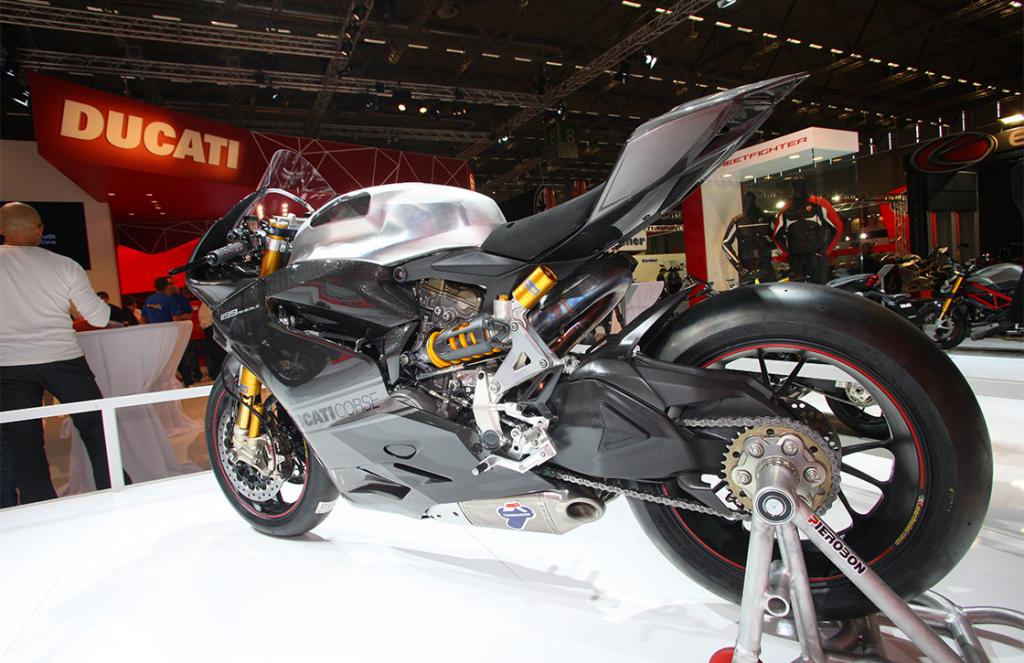 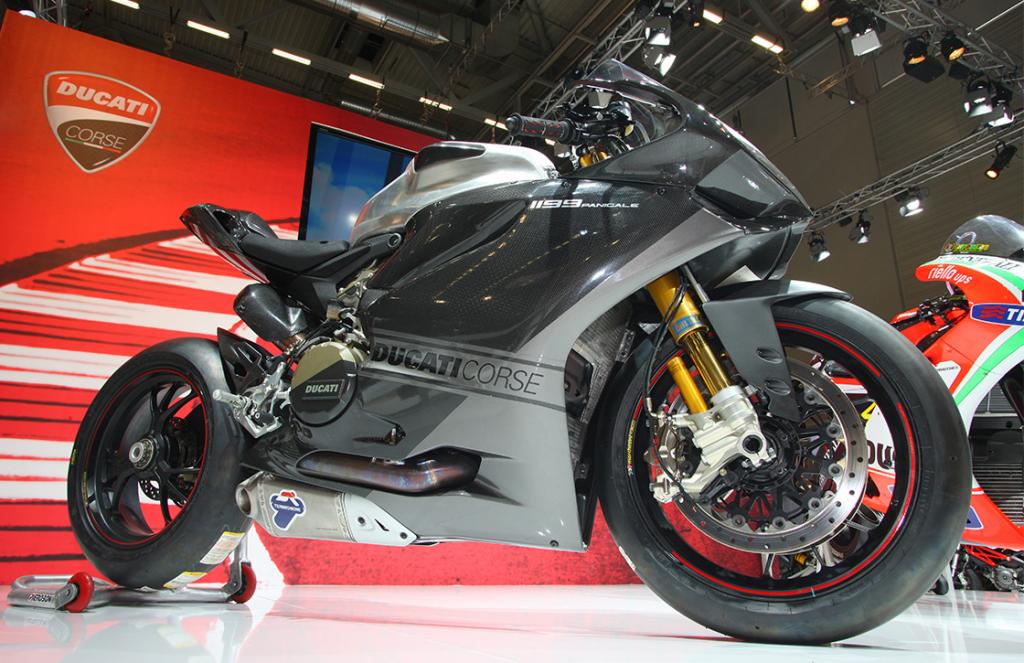 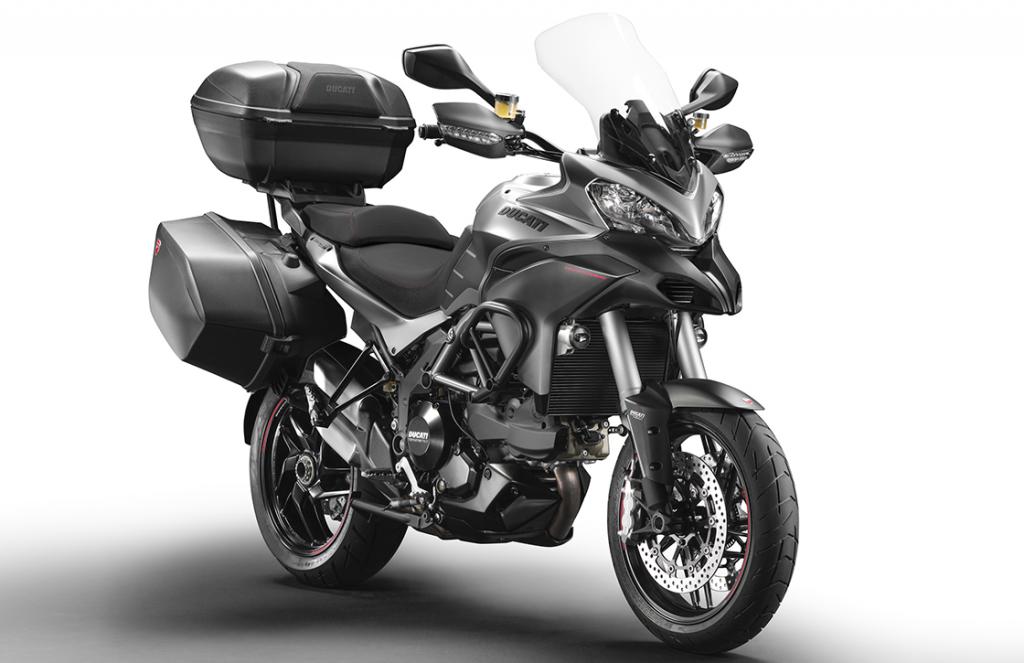 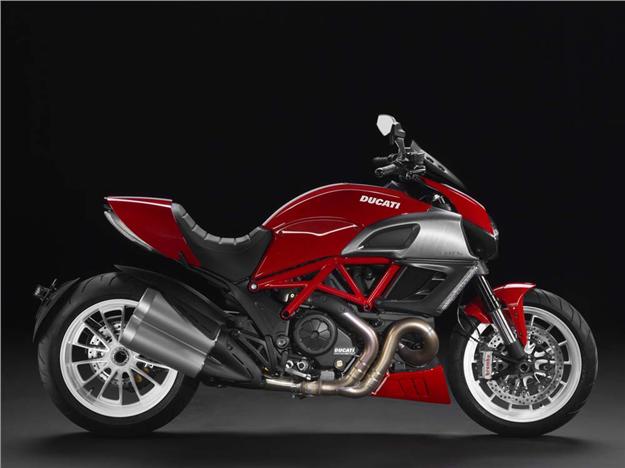