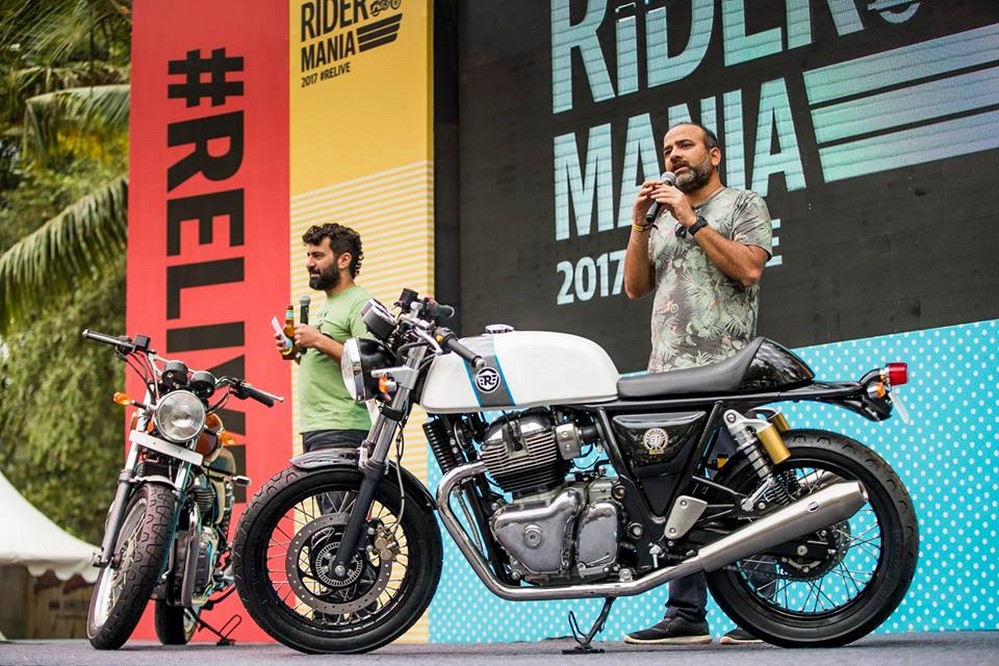 Royal Enfield has plans to make it big with their new 650 twin cylinder platform which has spawned two beautiful motorcycles for now – Interceptor 650 and Continental GT 650, both of which were first unveiled earlier this month at EICMA in Milan. Both the motorcycles have primarily been made for the international markets which consider current Royal Enfield’s as slow movers.

Obviously, being the biggest market by far, for the company both of them will be launched in India in the coming times. And before that, Royal Enfield has showcased the 650s for the first time in the domestic market at the biggest congregation of RE riders – Rider Mania 2017. 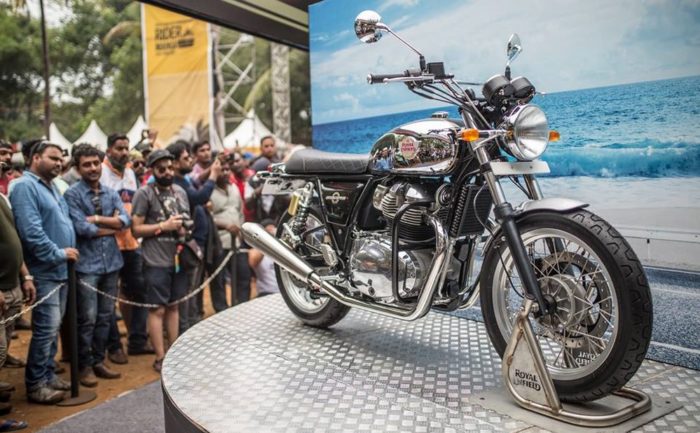 Royal Enfield has also kept on display two new custom variants – Interceptor 650 in Glitter & Dust and Continental GT 650 in Mr. Clean, apart from the regular Orange Crush and Ice Queen respectively. Both the Glitter & Dust and Mr Clean will go to production and in fact Royal Enfield informs that there will be two different styles these motorcycles will be availbale in – Standard and Retro Custom and hence, these motorcycles will be available in as many as 11 different themed options. 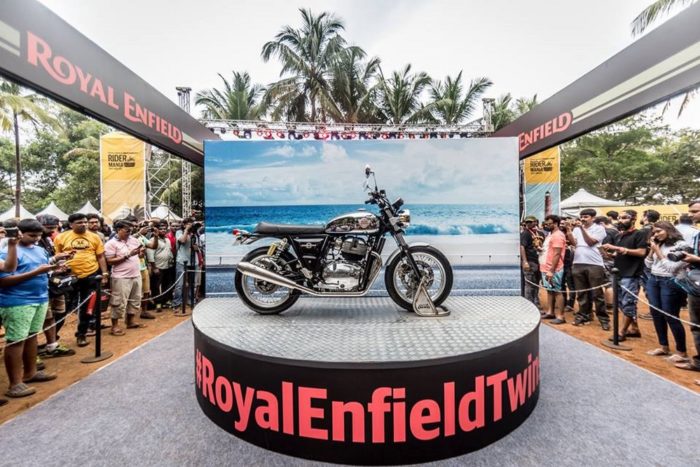 Both the motorcycles wore Pirelli tyres and in all probability, they will go to the production versions as well. According to their current plans, Indian launch time frame is decided to be around April 2018, however, there are chances that they will get delayed. However, Europe and probably a few other markets will get the motorcycle in the coming few months, before India (more details).