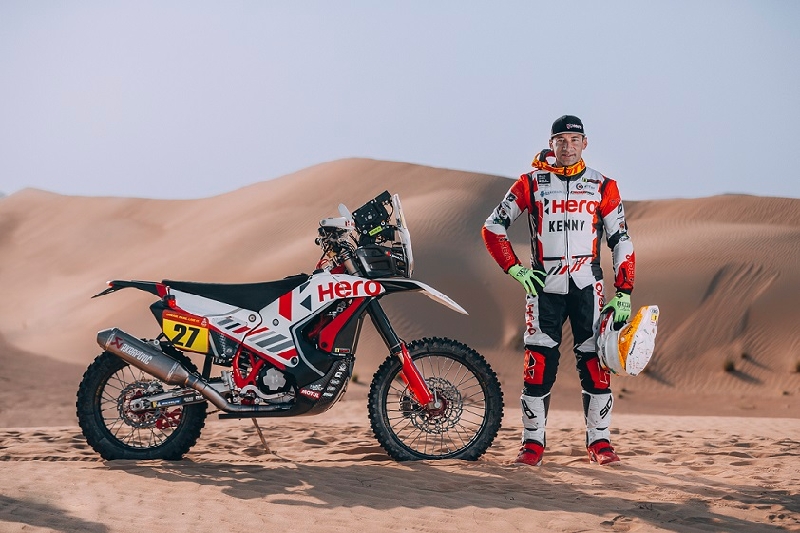 India’s performance at Dakar is improving with each passing year. But this year could be called as special as Hero’s rider finished on top for a stage of the rally…

Hero MotoSport has created history by winning the 3rd stage of the Dakar Rally. In the process, it has become the first Indian manufacturer to achieve this massive feat of winning any stage at the most gruesome rally event in the world. It must be noted that less than half of the participants are able to finish the complete rally.

The Hero MotorSport Team Rally rider Joaquim Rodrigues, appearing in his sixth consecutive appearance in Dakar, won the 3rd stage of the rally with a time of 02h-34m-41s. Hero says that Joaquim made a remarkable come-back in the 2nd stage, after a difficult 1st stage, and went on to dominate the 3rd stage. Joaquim Rodrigues achieved this remarkable victory riding the Hero Rally 450 machine.

Hero MotoSports further adds that the 3rd stage started from Al Qaisumah early in the morning and the riders – Joaquim Rodrigues and Aaron Mare (replacement for the injured Franco Caimi) – tackled the 255 km special section which was lined with long stretches of alternating dune ridges and fast plateaus.

The riders found the 3rd stage to be a tough task but conquered it to write their and Hero MotoSports’ name in the record books.

The 4th stage will present the longest stage of Dakar 2022, a total of 707 kms from Al Qaisumah to Riyadh, including a special section of 465 kms. It consists of 200 kms of fast tracks, numerous wadi crossings and chains of dunes.

We wish both the riders and the team all the very best. We hope this record breaking run continues and they rake in more stage wins.