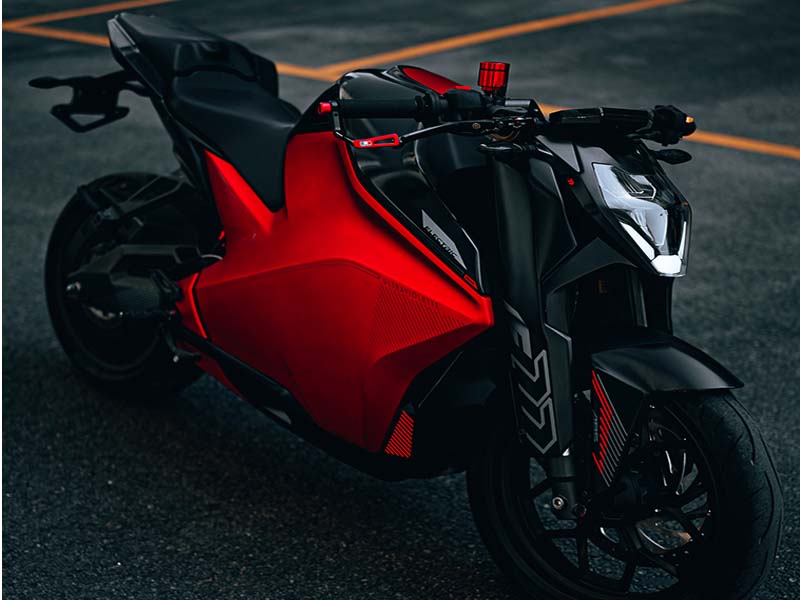 Ultraviolette F77 launch has been officially confirmed by the company in a press note. It has also announced a new manufacturing facility near Bangalore…

Indian Electric vehicle manufacturer Ultraviolette has announced that it is setting up its own manufacturing and assembling facility in Bangalore near Electronics City, in an official press note.

In this production facility, the brand will develop its high-performance electric motorcycle – the F77. The production will begin in Q1, 2022 and the first batch of motorcycles will be launched in the market in March 2022.

Ultraviolette will aim to manufacture 15,000 electric motorcycles in the first year, and plans a rapid scale up to an annual production capacity of 120,000 units.

Ultraviolette will also offer job opportunities to local communities within the region. Over 500 employees will be trained on electric vehicle manufacturing and assembly over the next 5 years.

The founder and CEO of the firm Narayan Subramaniam, says that they are aiming to build a superior EV experience for the Indian and International markets. The location of their production plant is strategically placed close to their R&D facility.

He further said the response for the F77 electric motorcycle was overwhelming. Ultraviolette has received over 40,000 booking interests from customers in India and overseas.

The company will begin pre-orders for the motorcycle later this year. The bike will be built from locally sourced components by deploying sustainable manufacturing practices.

A Glimpse at the Ultraviolette F77

The F77 is a smart and connected, high-tech as well as high-performance motorcycle built by following the principles used in the aviation industry.