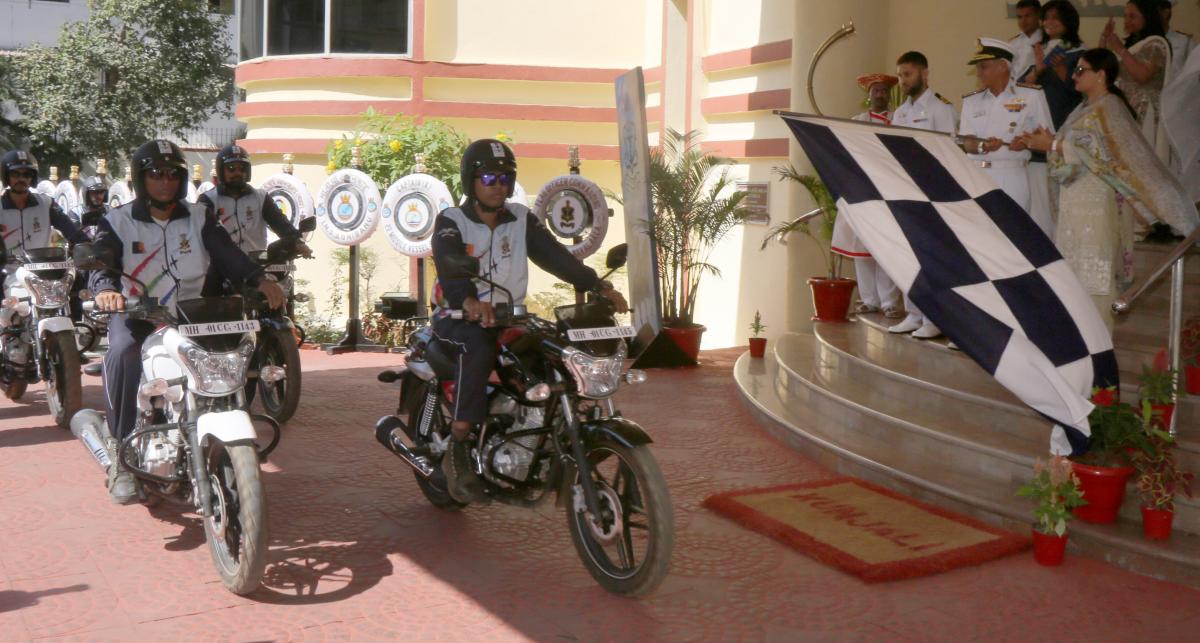 Indian Navy, as a part of observing 2016 as the year of the Civilian, is conducting a Trans Himalayan Motorcycle Rally. Flagged off from New Delhi yesterday, by V Adm AK Chawla, AVSM, NM, VSM, Chief of Personnel, the rally will conclude in Delhi itself on August 4, 2016. The contingent involves 15 personnels from the Karnataka Naval Area.

The ride involves gruelling sessions of minimum 10 to 12 hours everyday, which in the Himalayan terrain is a really difficult thing to execute on a daily basis. The day for the members will begin early at 5 AM! Covering a total distance of approximately 2,000 kilometres, the 10 day rally will pass through Chamba, Pangi, Lahaul and Spiti valley.

Passing through some of the highest motorable passes such as Sach La, Rohtang La and Khardung La, the naval officers will also be covering a part of the famous Raid de Himalaya which is one of the toughest rallies in the world. However, the challenging part of the journey is expected to commence while crossing Sach La which is at 14,500 feet in the Pir Punjal range of the Himalayas and connects Chamba valley with the Pangi Valley. This is before they do the Raid de Himalaya route.

Before this the Indian Navy had completed a month long motorcycling and trekking expedition on the saddle of Bajaj V15.