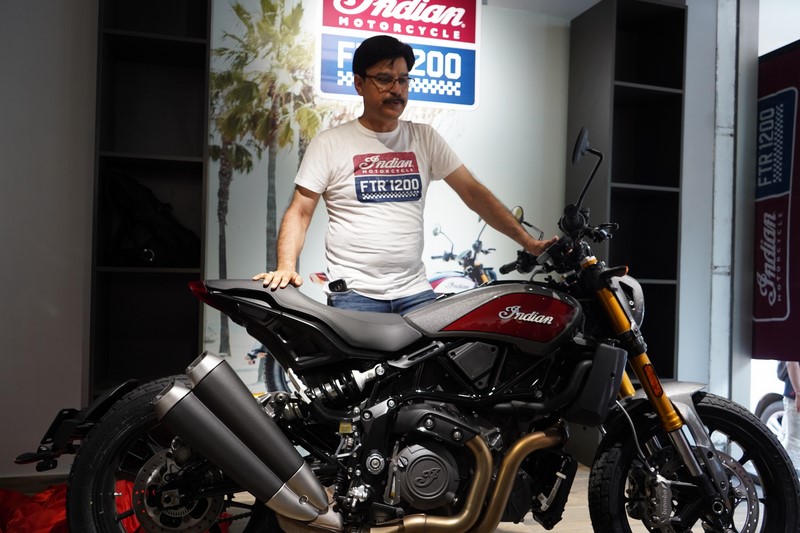 Indian Motorcycles has introduced a new dealership in Mumbai. The ceremony was marked by the launch of the new FTR 1200 in the city. The press release shared with the media mentions only the FTR 1200S and the FTR 1200S Race Replica for Mumbai which may mean that the entry FTR is not available here. Prices remain the same 15.99 Lakh and 17.99 Lakh ex-showroom respectively for both the variants. Bollywood celebrity Rohit Roy attended the Mumbai launch of the motorcycle.

At the moment, Indian Motorcycles has dealerships in New Delhi, Chennai, Hyderabad, Mumbai, Ahmedabad, Chandigarh, Bengaluru, Guwahati and Kochi. It has announced opening up of its next dealership in Jaipur. Bookings of the FTR 1200 are open across all Indian dealerships in the country.