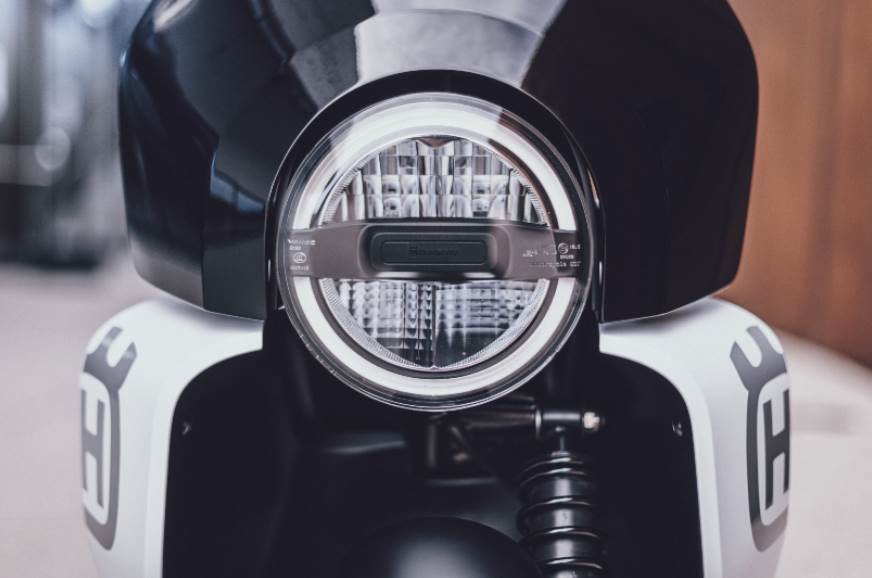 A Husqvarna Vektorr test mule has been snapped testing again: this suggests that we are inching close to its launch…

It is already official that Bajaj and KTM are working on various scooters on the Chetak platform. And these electric scooters will be marketed under different brands.

The Swedish version under Husqvarna brand has been caught testing on the Indian roads again. Interestingly, there is a Chetak test mule as well with minor camouflage.

Husqvarna recently previewed its Vektorr as a concept at the International Auto Show which was held in Munich, Germany in September this year. Before this, the interesting looking scoot was unveiled around May.

Unlike Chetak which is a curvy design, Vektorr follows a wider, classic scooter styling. There is a round headlamp mounted on the apron. The concept model was devoid of side blinkers and it will be interesting to see how Husqvarna manages it on the body (they are not visible in all that camouflage).

The couple of spottings so far suggest that Husqvarna is moving ahead with the circular styled instrument cluster of the concept – which looks similar to the one on the Chetak.

The seat height looks a little taller (as the rider is barely able to ground his feet in the first spotting pic) and that may also have something to do with a wider seat.

The rear section is a departure from conventional e-scoots that we have seen so far. The hub motor looks bigger and we hope to see more spirited performance than Chetak.

This takes us a little closer to the launch of Huskys first electric scooter which may get a different market name. It will be manufactured by Bajaj for India and the world. We are also keen to understand how will KTM/Bajaj price it for our market…