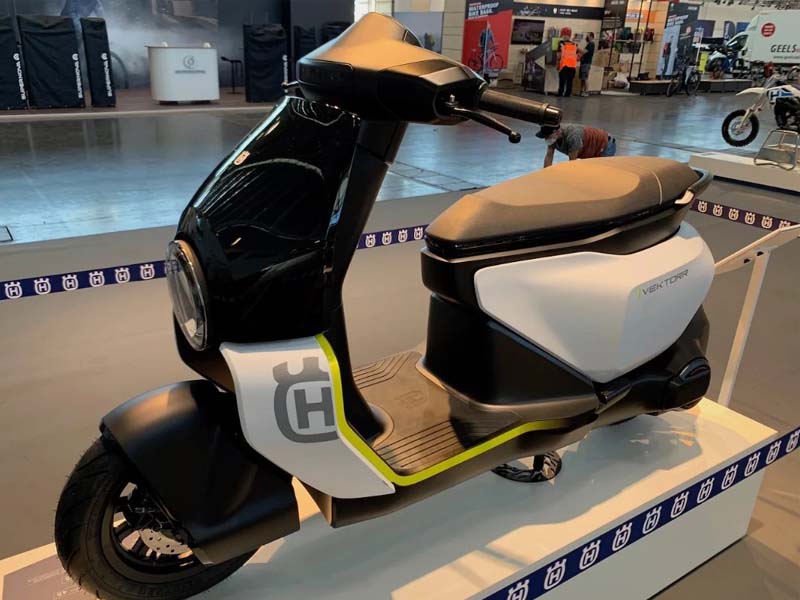 While Husqvarna has been hitting the hype meter hard with its futuristic E-Pilen electric motorcycle, it also has an electric scooter up its sleeves – the Vektorr.

At the International Auto Show held recently in Munich in Germany, this electric scooter from Husqvarna made its first public appearance after it was unveiled back in May this year.

There are not many changes in the IAA Motor Show scooter that we can notice. Which means that it is still in its concept stage and looks very retro-futuristic! It will be introduced as an entry level sports scooter in the market.

Vektorr carries a nice and wide seating design. It can drag upto 45 km/ hr (top speed) and attain up to 95 km of range with a full charge on the battery. In essence it is based on the same platform on which Bajaj Chetak is made.

Expect a host of features like LED lighting, Bluetooth Connectivity support, Sync to any official app of Husqvarna for keyless starting and stopping, on the scoot

Vektorr will be launched next year and will be manufactured by Bajaj for India and most parts of the world.