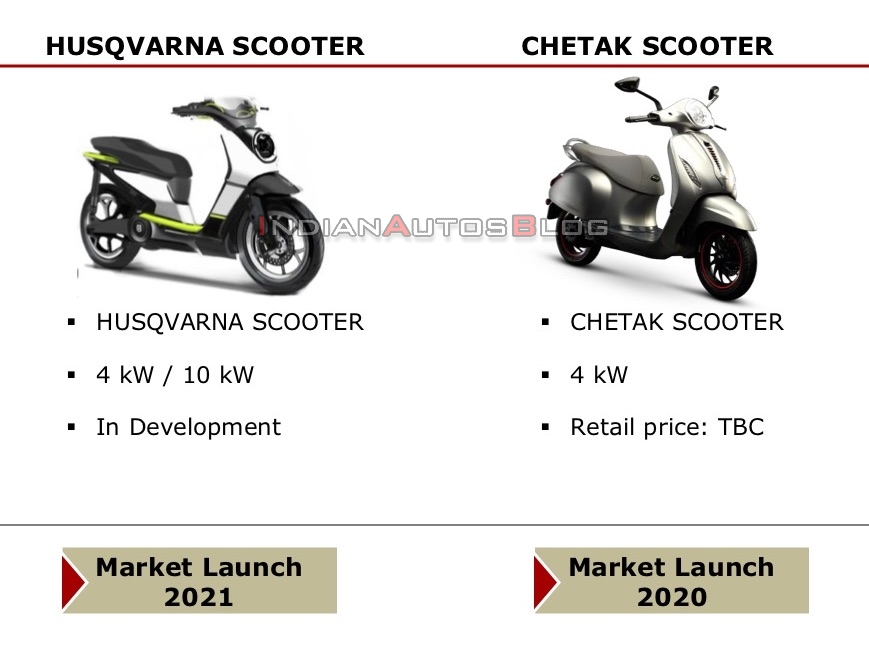 Probably the most popular brand name of the yesteryears – Chetak is back but in a completely different avatar. The all-electric scooter was unveiled recently by Bajaj and it immediately became a talking point among the masses.

While Chetak will officially be launched in January in India, Rajiv Bajaj, MD at Bajaj Auto, revealed that they are developing a higher performance version of this platform which will be sold under the KTM and/or Husqvarna brands. You can read more about it here.

In a latest update, Indian Autos Blog has posted an image which purportedly reveals the Husqvarna’s version which will be based on this platform. As you can see, it is completely different in design and features bigger tyres (14-15 inchers?), a headlamp mounted on the front apron and more importantly, it misses out on the single-sided swingarm of the Chetak.

The image further reveals that it will be powered by a 4 kW motor (most likely the same one from Chetak) apart from a high powered 10 kW version. Bajaj can also use this powerful motor on the Chetak at a later point.

While the Chetak is a rounded, utility-like product, this Husqvarna is more of a moto-scooter design which looks extremely sporty and obviously misses out on a bit of utility.

The status of the scooter is shown to be ‘in development‘ along with a market launch specified in ‘2021‘. Apart from this, expect a sporty electric scooter on a similar platform for KTM as well.

So, in essence, we now have two things – a confirmation from the makers (that such a product exists) and a picture which possibly could be it!