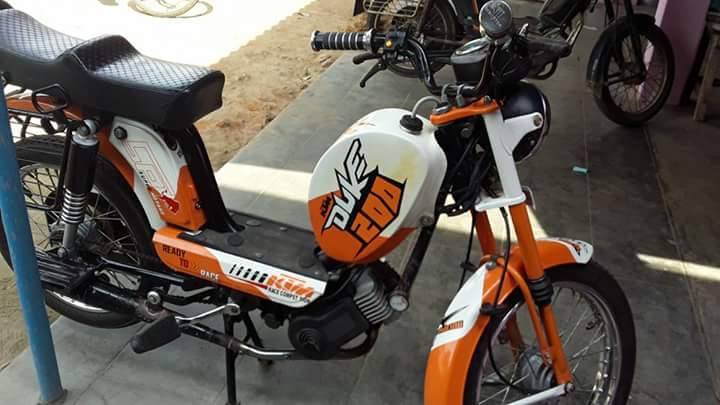 We have seen some wacky mods on motorcycles, like this one on Pulsar 220 which just leaves us awestruck and then some like this which are just too garish and we ask ourselves “Why, God Why?”!

On another note, moped owners are generally seen as utilitarian buyers who just want to commute from point A to point B on a motorised vehicle in the cheapest possible way. But, your perception will change after you have a good look at these latest pics on this page….

Some gentleman, probably from the state of Tamil Nadu (going by the registration plate) couldn’t stop himself from converting his TVS moped to one sweet ride mimicking the KTM Duke 200! Using the colours of the new Duke 200, this is surely the best looking moped (and a mod based on it) we have ever come across! 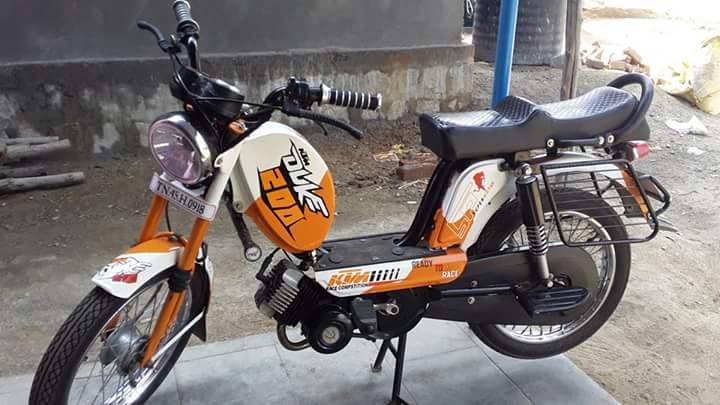 Possibly built over the TVS 50, a two-stroke moped sold in the bygone era, it gets a new rear suspension setup, with a new grab rail. The seat is a connected unit with a kink in between to properly allot space for both the rider and the pillion. The bulkier fuel tank also appears to be new and the overall theme makes it a lively little product, at least to look at.

The good thing is, unlike most mods, he hasn’t tried to make it a supercharged Hayabusa and instead it retains the original shape of the moped but they have used top quality paint quality, as it seems from these pictures sourced from the internet.

Since we are at TVS mopeds, let us also tell you a new development on it. TVS has recently launched the bigger 100 cc  XL100 in India and is making it available across the nation in a phased manner. After a few other states, the XL100 has been launched in Madhya Pradesh at a price of Rs 30,248 (ex-showroom).

Powered by a 99.7 cc four stroke mill, the XL 100 produces 4.2 PS of maximum power and has a claimed top speed of 60 kmph. It churns out a rated fuel efficiency of 67 kmpl which TVS says is the highest among all auto geared two-wheelers. 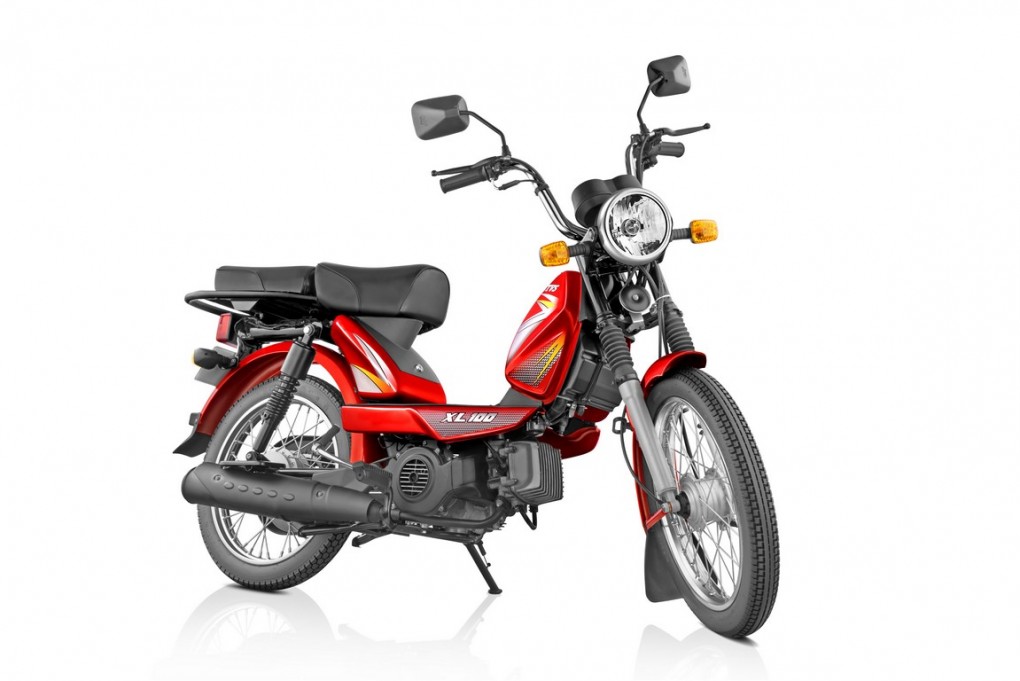