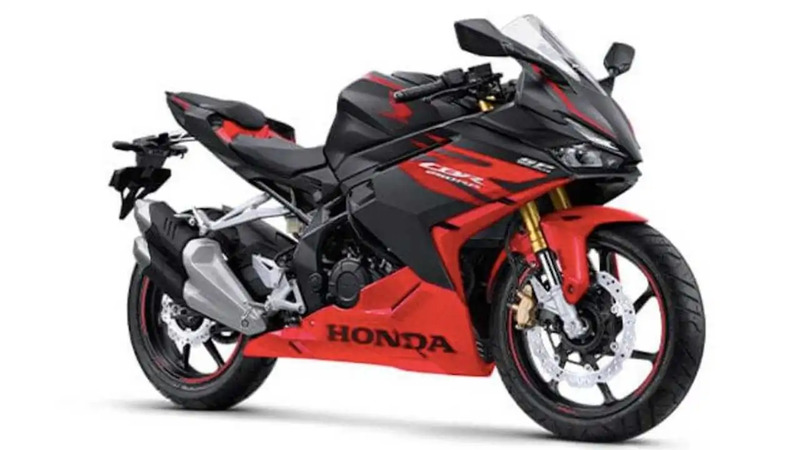 And when one of these giants unveils and/or improves upon their machines, it is something to take notice of, most of the time.

Honda have unveiled the 2023 version of the CBR250RR sports quarter-litre bike in Indonesia and have brought changes & improvements good enough to make the KTM RC 390 feel uneasy at its throne.

The Standard is a tamed form of CBR250RR and produces 38 HP from its 249.7 cc, parallel-twin engine. It is being offered in 2 paint schemes – Matte Gunpowder Black Metallic & Black Freedom.

But one that makes the heart flutter is the CBR250RR in the SP trim. This is the more aggressive, more track-oriented machine of the two. It ekes out 4 more horses from the engine and produces 42 HP from the very same engine. RC 390 does this from a 373 cc single-cylinder engine, which is an impressive feat on its own.

Further improvements on the 2023 CBR250RR includes improved fairing design, new turn indicators and updates brought to the suspension setup of the bike. The suspension now consists of Showa SFF-BP Upside Down (USD) forks in the front for added performance & predictability of the front wheel during track conditions.

Other updates include 3-riding modes, a slipper clutch to avail aggressive downshifts and an optional Quickshifter for selective trim to add to the arsenal for track days.

Honda have made the quarter-litre supersport official on their Indonesian official website and the bike will start reaching the dealerships really soon.