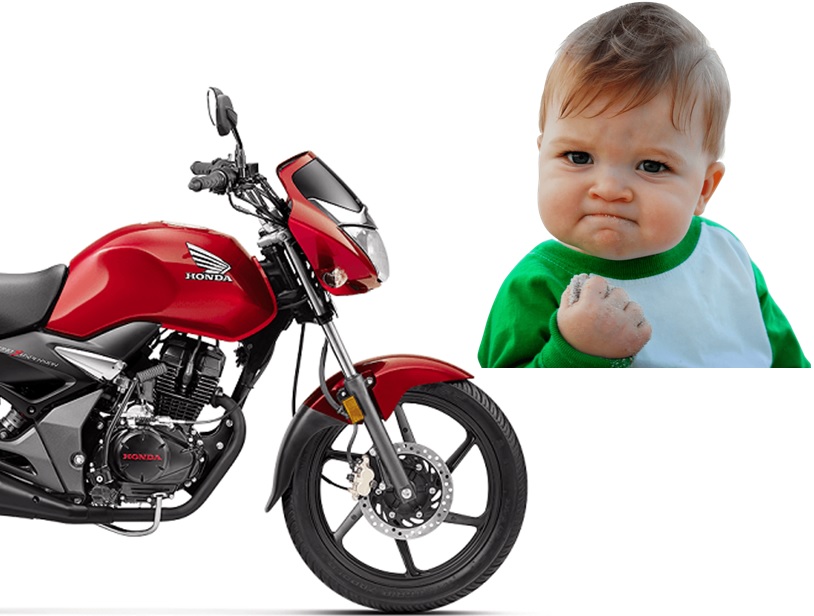 Honda Unicorn sales have remained stable even during this slowdown; all others have shows a significant decline…

Once again, it has come to the fore that – no matter how much we shout that we want the latest gizmos and gadgetry on our motorcycles today, majority of us end up buying products which are NOT the latest – at least in the motorcycles segment upto 150cc!

To substantiate, we all know that the largest selling 100cc motorcycle is Splendor, the largest selling 125cc is Shine and the highest earner in the 150cc segment is Pulsar! None of these motorcycles are ‘latest’ in the true sense of the word and have been around for decades, in almost unchanged attires! And without a lot of that ‘latest gadgetry’.

Somewhere in this list is another motorcycle – Unicorn 150, which is Honda’s best selling 150cc motorcycle and is also one of the highest grosser in the segment. Apart from Unicorn, which was launched in 2004, Honda has tried various models in this segment and all of them were more tech-laden and also looked sportier but many of them had to be withdrawn and the two that remain – Hornet and X-blade, are also falling in monthly charts.

Honda introduced Unicorn 160, which was the direct replacement for Unicorn 150. It packed more power, was more loaded, but it bombed. Later, Honda had to reintroduce the old 150cc Uni, in the same old avatar, with the same smaller capacity (but butter smooth) engine and it immediately started getting many customers.

This has been a very brutal year for the two wheeler industry. Even then, Unicorn has managed to hold onto its sales in the first half of this fiscal. Here are some numbers..

For the month of October, the motorcycle has registered higher sales than the corresponding month last year and for the complete six month period, which gives us a better picture, it has managed almost similar figures.

Just to give you a reference point – Unicorn is the ONLY 150cc motorcycle to have managed to arrest the fall. Rest every other 150cc has shown a significant decline which includes Pulsars, FZs, Gixxers, Apaches and even the R15! The only other motorcycle that comes close to Unicorn (in terms of least percent decline) is Hero Xtreme but it hardly sells and its six month sales numbers are one third of Uni’s monthly sales!

So, the question is – What, according to you, is working for the Uni?