The Indian auto industry, especially the two wheeler segment, looks to be in pretty aggressive form as all the two wheeler manufacturers are going neck to neck to increase their market share and revenue. Recently Mr. Rajiv Bajaj of Bajaj auto made a statement that HMSI is on the verge of being labeled as the scooter manufacturer. He was of the opinion that most of the Honda’s revenue comes from scooters and thus they are at a risk to be labeled as a scooter maker soon. 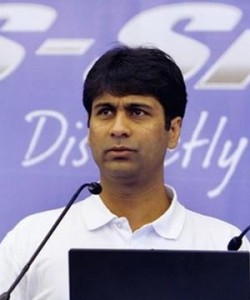 One fact that cannot be denied is that most of Honda’s sales come from scooter segment. In fact as much as 55 percent of Honda’s revenue comes from scooters though the company has more motorcycles in their portfolio. The motorcycles in Honda’s portfolio account for only 45% of the total sales. As far as the market share is concerned, Honda’s automatic scooters account for as much as 43 percent.

Mr.Bajaj said that customers go to Honda for scooters and come to Bajaj for bikes. He said that there is a growing perception in people’s head that Honda cannot make motorcycles and this opinion won’t change that easily. All in all, if at all such a perception exists amongst the people, Bajaj is looking to take advantage of it.

Mr. Bajaj was also explaining the expected increase in competition post the break up of very famous 26 year old joint venture of Hero and Honda. He said that Honda is a free bird post break up and now it shall have to directly compete with Bajaj auto. Bajaj auto moved away from scooter segment when their scooters did not do well and according to Mr. Rajiv the company will not enter this segment anytime soon.

Bajaj saw sales rise by 38 per cent during the April-February period at 2,194,522 units as against 1,586,984 units reported in the same period a year back. HMSI on the other hand experienced sales of 600,000 units of motorcycles during the same period i.e. a growth of 53 per cent. Moreover, HMSI is unable to satisfy the demand for Activa, one of its top selling automatic scooters. The present waiting period is up to 10 months according to sales representatives and dealers. Overall it can be said that the coming future of the Indian two wheeler industry is going to witness cut throat competition for market share, customer base and all other things that make a two wheeler company successful.