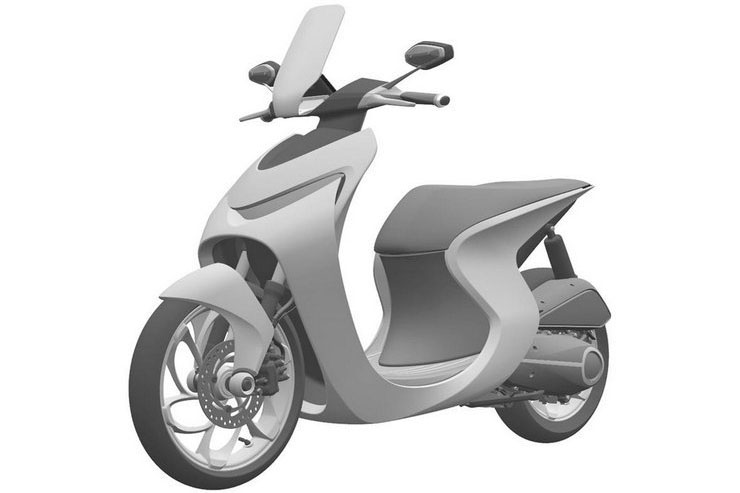 So, Honda Motorcycle & Scooter India (HMSI) have patented a new technology to be applied to electric scooters in our country. One filed image has leaked which shows schematics of a new hub motor utilised on electric scooters.

However, alongside the schematics of the new scooter, the representative design of the scooter used in the image could suggest that this could be the blueprint of the new electric scooter that they could be working on introducing somewhere in the future.

Looking closely at the schematic of the representative scooter on the leaked filed image, certain interesting observations could be made –

There is other documentation which leaked related to the said patent filed by Honda India. The other documents illustrate the control system of the motor being used to run the electric scooter.

The document reveals that the scooter will feature a high-voltage battery (voltage not specified), which will power the in-wheel motor (hub motor) through an inverter. Yet, it will also utilise a conventional 12V battery (similar to ICE scooters) to power the motor controller and various other electrical systems on the e-scooter.

However, this is not the first time HMSI has patented something in India. In the past many months, Honda have been on a spree of applying for & receiving patents ranging from maxi-scooters to electric scooters, to small & big displacement bikes encompassing all the major segments of two-wheelers in our country.

We are still waiting for these many patents to come to life. There are so many enticing models that are cleared to enter our market. The only thing missing is the launch dates…

We hope they are announced soon…