The Honda NT700V definitely has some very good looks. You get to pick between metallic silver or a metallic red colour, both options with a lot of black added in there as well. While the Honda NT700V may not have the really sporty looks to it, it will still get a lot people to take a second look because of the nice design. 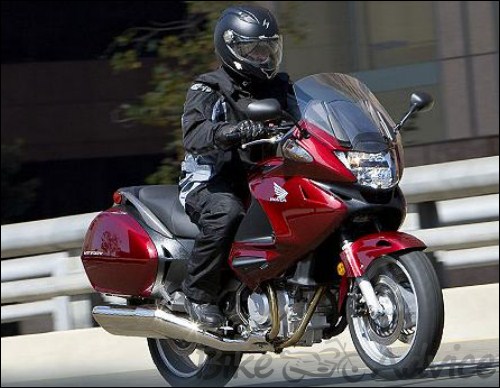 It has a 680cc liquid-cooled V-twin engine which causes it to go up to 125mph and have 65hp at 8,000 rpm. Its transmission is five-speed, and it weights 566lbs which makes it fall into the light-weight division. 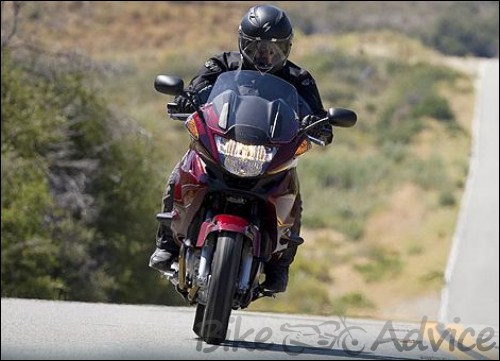 Its instrumentation and dashboard is quite simple, we can’t say that it’s anything too fancy, which is not necessarily a bad thing.

This bike is also available with ABS. If you choose the ABS model you get a slightly heavier bike (571lbs) and you also just get to pick the metallic red colour.

If youare a commuter or if you travel fairly long distances, the Honda NT700V is definitely a bike that you should look into. It has a fuel capacity of 5.2 gallons including a 0.9 gallon reserve and on each gallon you’ll be able to go approximately 50 miles. Not only that, it also comes with large-capacity saddlebacks and an adjustable windshield and great bodywork if the weather is bad, making it even more suitable for longer runs. 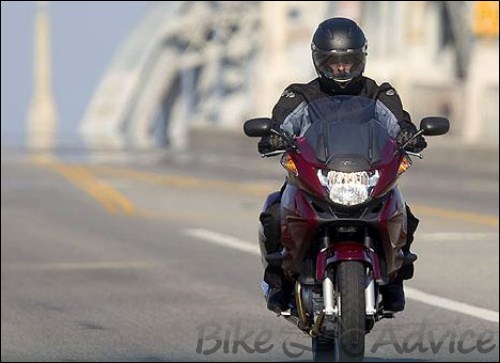 The Honda NT700V is definitely a good choice if you’re planning on having a bike for other reasons than just racing your friends, it has large-capacity spaces for storage and with the engine and weight, and it’s a suitable bike for new riders or riders with a bit of experience. It may not be the best bike for the very long trips, but if you want, you can always work around that by filling up the gas-tank more often of course.

It has gotten mixed reviews from other bike reviewers, some of them complaining about the engine and how the bike would need a sixth gear, but also saying that this bike offers a comfortable ride, for anadequate price! 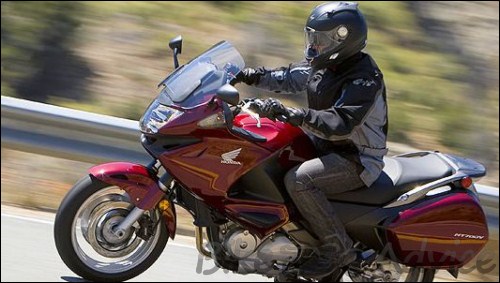 All in all, while it definitely haven’t amazed the motorbike fanatics around the world, it’s a good bike and maybe even more so for people that are not looking for anything too sporty but just want a bike for comfortable travelling.