The designers’ idea of a naked bike comes straight out of superhero comic books these days; or so it would seem. Fluidic, soft curves are passe. What you get are bikes carrying enough angles and edges to interest a professional sword sharpener. See the naked Kwakers, for instance; the KTMs; and this 300cc stripper from Honda. 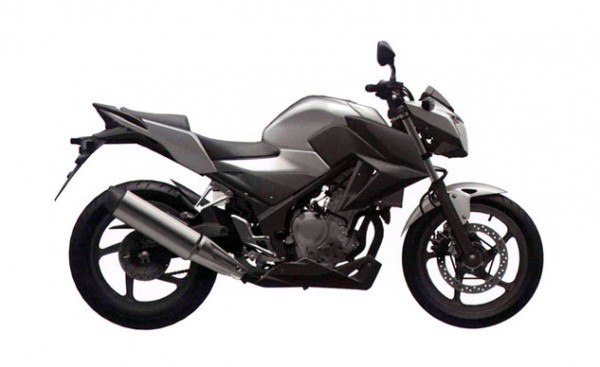 Honda had, in December last year, registered a design patent with the European Union’s Office for Harmonization in the Internal Market a small capacity naked bike believed to be based on CBR300R and/or CBR250R. These renderings of the naked, courtesy Motorcycle.com, show a bike with single cylinder engine, frame, and wheels similar to the CBR250R. Honda, very recently unveiled the CBR300R, which is almost the same bike as the 250cc version but with a tweaked engine displacing 286cc. 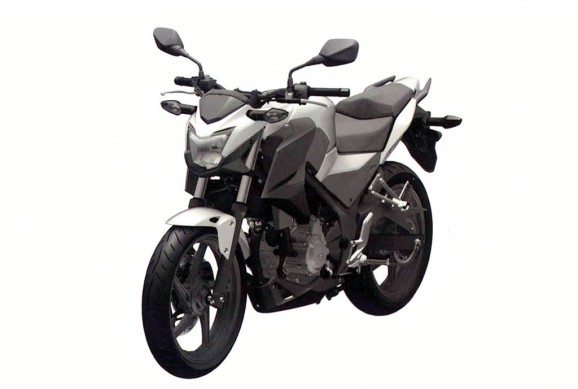 Honda’s India plan as regards this smaller naked (or even the faired CBR300R) is not yet known. The company already has the entry-level sportster CBR250R in the country with a liquid-cooled 249 cc 4 stroker developing around 26bhp and 23Nm. The 250R is built around a diamond frame with triangular truss work pretty similar to the frame on the naked. The 5-spoke aluminium cast wheels, again, is similar to the sports version of the 250. The naked gets an elongated and differently designed muffler obviously to give it a different acoustic character. 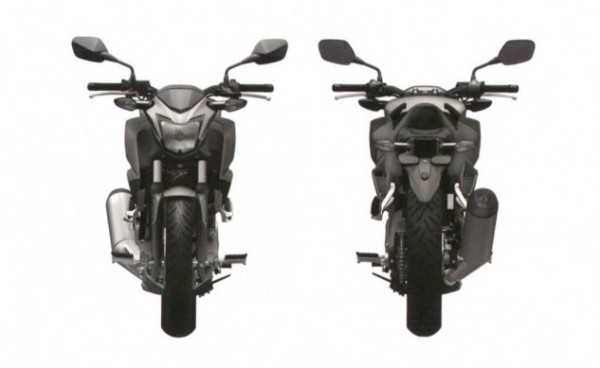 Whether this naked will make it to India is a subject of conjecture at present. The faired CBR300R, in itself, has been delayed till the end of this year. The 250cc-and-thereabouts are the next big thing in Indian motorcycling with manufacturers offering machines displacing from 250cc up to 400cc.

Honda’s CBR250R has won many hearts here and it makes a mighty economic argument in favour of introducing a new model, actually both, which share almost all the nuts and bolts from a bike already in production.

And if you thought this is about it, Kawasaki is also preparing a 250cc single cylinder Naked based on Ninja 250RR Mono (Details).