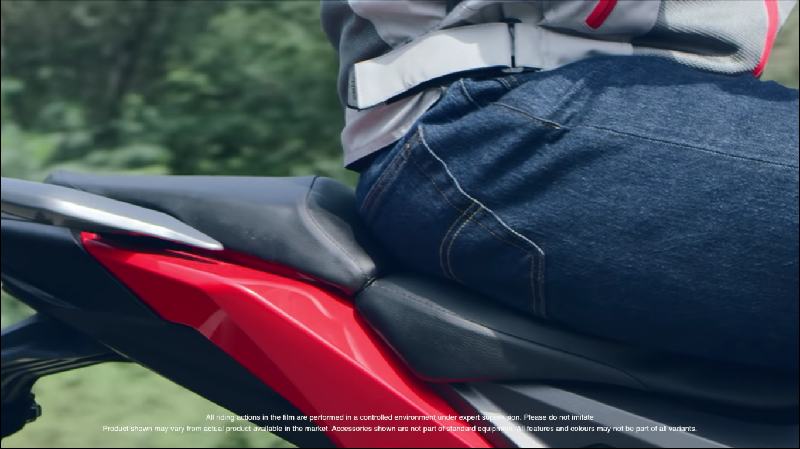 Honda Hornet ADV launch is scheduled on 19th August. In its second teaser, the company has revealed some more details…

Following up with its first teaser snippet, Honda has dropped another teaser for its upcoming ADV which could be called as the NX200. The Jap has planned to launch (or unveil) this bike on 19th August 2021.

The new clip which is barely 15 seconds long reveals that the bike will offer a split seat design and split grab rails for the pillion to hold onto. The grab rails look a little elongated suggesting that the rider can place a top box or saddlebags for touring purposes.

We already saw in the previous teaser that the rumored ADV NX200 from honda will be equipped with knuckle guards and a tinted windscreen – and that it has a Hornet 180-like headlamp.

While we only see the black-red color combination there will be more color schemes that will be offered upon launches.

There has been a lot of talk regarding the upcoming bike from Honda being a derivative of the Hornet 180cc bike. It may also be carrying the LED lighting system, digital meter console and switchgear from the Hornet.

Also, expect the same 185cc engine on the NX200. On the Hornet it offers 17hp of power and 16.1 Nm of torque. If it retains this tune, it would be one less powered options in the segment and hence, it is a hope that Honda offers some added juice on it.

We have discussed about its pricing possibility here.