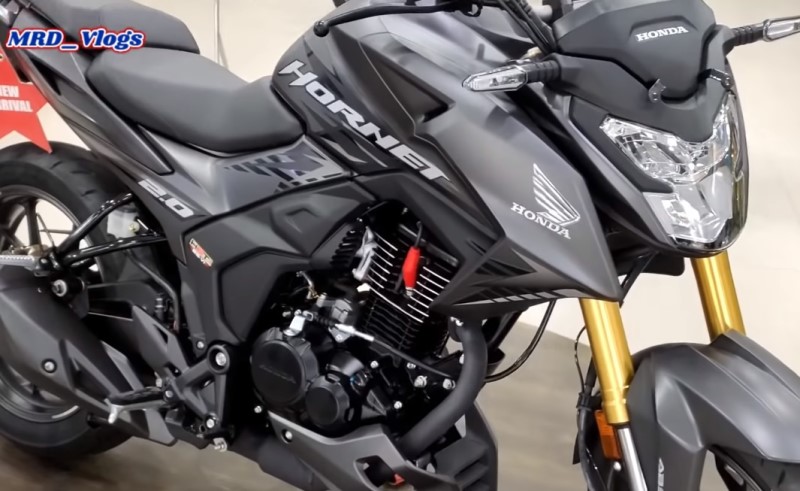 Ahead of Hornet 180 deliveries, the streetfighter has started reaching dealerships. Check it out up-close in a new video…

Honda has made big changes to the second generation Hornet. From a near 160cc engine, it has now deployed a bigger ~180cc motor and it also gets many new features.

Hornet 180 was officially launched on 27th August in India under the moniker Hornet 2.0. Bookings of the motorcycle began from the launch day itself at all the company’s dealerships as well as at Honda’s official website at a token payment of Rs 1900.

In a latest update, the streetfighter has started reaching dealerships as gets cleared by a video appended in this story towards the end. It is the grey color that has been pictured. Apart from this, the motorcycle is available in Sangaria Red Metallic, Pearly Igneous Black and Matte Marvel Blue Metallic shades.

The USP of the new model is the upside down golden colored front forks which are usually found on costlier motorcycles. As a result, Honda is also charging a premium and despite being a 180cc motorcycle, it is placed precariously close to the 200s – which have lot more power and features.

The new Hornet is a crucial motorcycle as Honda tries to strengthen its portfolio in the premium segment where it has not been able to set foot.

If you are considering purchasing it, check out the following walkaround video of the motorcycle to get a closer look at it. Deliveries have been promised to commence from ‘early September’.