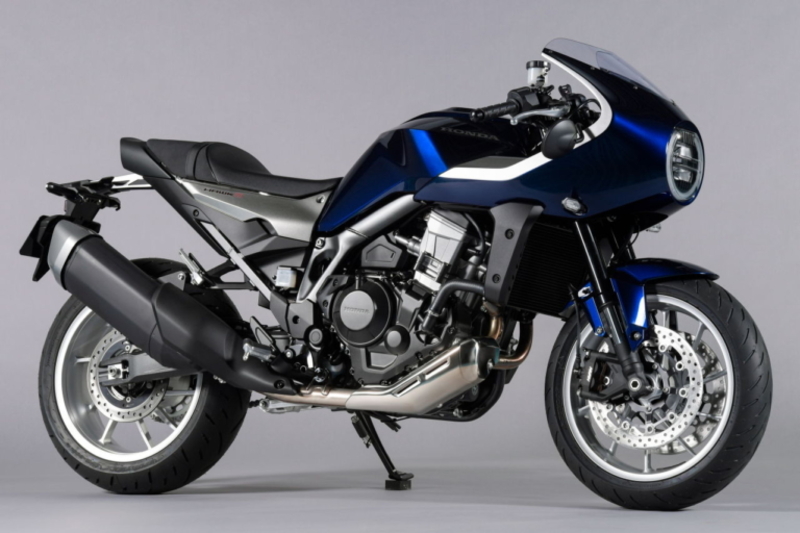 Honda Hawk 11 has replaced the CB1100 with this Cafe Racer. Launch is expected to be later in the year…

Honda have finally revealed their much-anticipated offering in the form of a cafe-racer – Honda Hawk 11 – based on their NT1100 grand tourer machine.

Ever since Honda discontinued their CB1100 Roadster, there were a lot of rumours floating around that the company is working one something different to fill the great void left by the roadster machine. Now it is official that Honda is putting their hopes on the Hawk 11 Cafe Racer.

Thanks to Japanese industry authority Young Machines, we have all the images and information regarding the Hawk 11.

The Honda Hawk 11 cafe racer is the fourth motorcycle in the company’s stable that is powered by the same compact yet powerful engine as the Africa Twin ADV. Other than taking the engine from one sibling, it appears that the Hawk 11 have taken the frame, on which it’s built, from its NT1100 sibling.

Also read: Buell Is Back!! Unveils SuperTouring 1190 and Baja DR

Coming to the design, the bike exudes the classic cafe racer persona highlighted by large and round headlight wrapped around by small classic ‘rocket’ fairing. Adding to the cafe racer aesthetics is the use of low-set clip-on handlebars and bar-end mirrors.

The butch cafe racer look is further elevated by the big muscular tank and a long flat seat just like the old cafe racers. Other visual features include a racing windscreen integrated into the fairing and an upswept body length exhaust unit mounted on the side.

In the cafe racer avatar, the Hawk 11 could be putting out 101 HP and 104 NM of torque from the 1084 cc, parallel-twin engine, same as the Africa Twin ADV. The suspension setup consists of USD forks in the front along with a monoshock at the rear. The braking duties are handled by Nissin twin-disc setup at the front and single-disc setup at the rear.

The launch timeline of the Hawk 11 is yet to be revealed by the company. When the bike does enter the international market, it will go against the likes of Triumph Speed Triple 1200 RR and MV Agusta Superveloce.