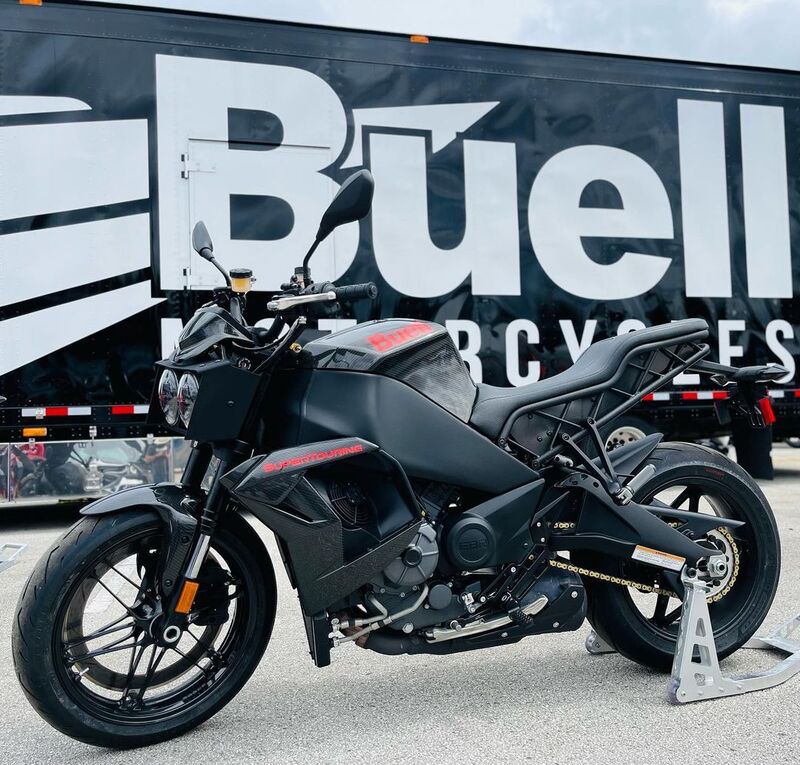 As radical and eye-catching the motorcycles from Buell are, the company themselves have faced their own share of troubles throughout their history. Started by an ex-Harley Davidson engineer – Eric Buell – HD acquired the company in 1993 to shut it down for good in 2009.

The American manufacturer rose from the dead under Erik Buell Racing (EBR) and announced in February 2021 that they are back at producing motorcycles, much to the delight of their many loyalists. On resurrecting, they announced that they will utilise the superbike platform developed from 2011 to 2020 to build nearly 10 new bikes till 2024.

The Buell SuperTouring 1190 is utilising the detuned version of the engine from the existing Buell 1190 RX sportsbike – now called Hammerhead – and is claimed by the company to be the ‘The World’s Fastest Touring bike’.

It might sound like tall claims, but the company have put in the work to back up their claims. The detuned 1190 V-twin engine puts out a whopping 185 HP and a massive 137 Nm of torque.

The SuperTouring 1190 is built around Buell’s tried and tested design consisting of the engine housed in their signature aluminium beam frame, which also holds the fuel, while the ‘tank’ houses the air-box and the electronics that controls the bike.

On the other side, Buell also unveiled their own take on a dirt bike. The Buell Baja DR. This Dune Racer is inspired from the company’s AMA National Hill Climb Championship-winning 1190 HCR dirt bike and is utilising the same detuned 1190 cc, V-twin engine putting out a ‘modest’ 175 HP and 137 Nm of torque.

Not to be left behind, the company claims that the Baja DR is ‘the world’s fastest production dirt bike’. The dirt bike features revised steel trellis frame, long travel suspension, knobby dirt tyres and 940 mm seat height. It retains the hillclimb aesthetics from its inspiration in the form of a long wheelbase and adjustable swingarm.