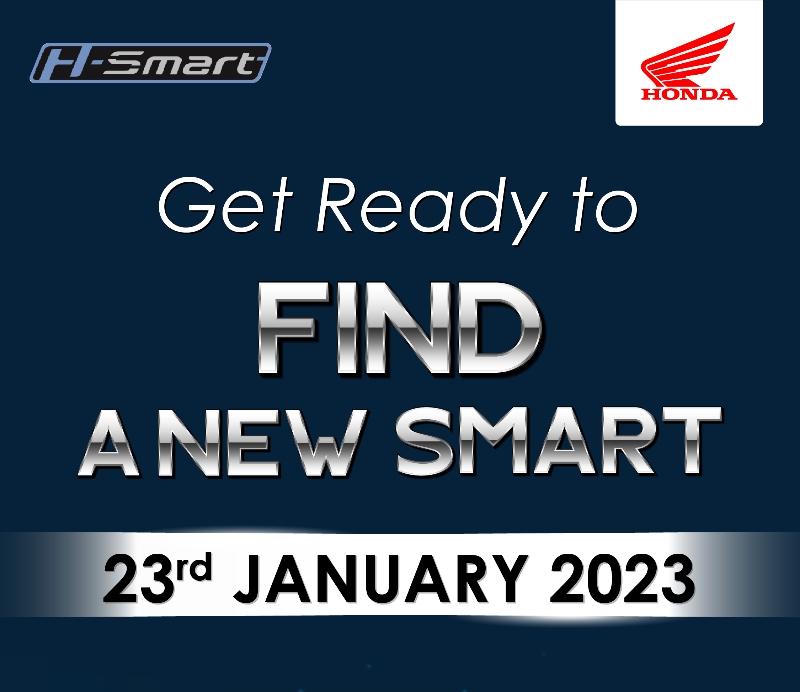 Honda H-Smart launch planned on 23rd January 2023 but what is it exactly and will it come plonked on a new two-wheeler on this day…?

As the new year begins, Honda is planning for some excitement. The Jap has dropped a Block Your Date invite to the media for the 23rd January 2023. In a very cryptic e-mail, we can see the tagline

Get Ready to Find a New Smart

Aside this there is a new logo that I can notice – H-Smart.

Nothing else is mentioned apart from another teaser line – Let the excitement begin today.

Interestingly, Honda has applied for the patent ‘H-Smart’ just last month and the description signifies that it is some kind of an Anti-theft system for 2-wheelers. As of now the patent’s status is ‘Formalities Check Pass’. Check description and status later in this story…

That brings up two possibilities – either Honda would simply announce this new tech for its motorcycles and scooters on 23rd Jan or it could introduce some new model (existing or all-new) equipped with this H-Smart tech.

Either ways what appears certain is that we can expect such a useful tech to be deployed on many of the upcoming Honda 2-wheelers and going by the teaser that also mentions terms like ‘AI’ (that I am assuming stands for artificial intelligence) this system could be a deep rooted, foolproof, tech that may actually make the company’s motorcycles and scooters safe from burglary.

While we should be getting more info on the 23rd January event in the coming days, is there any other possibility that you can think of…?

And off coarse, while we all bang our heads on what’s coming next from Honda, here is what we already have – the CB300F – very recently launched! Take a look in the following video…