Every Once in a while, we get to know something very unique, something in a league of its own, something that would truly define the very meaning it symbolizes. It has been in production for the past 3 decades, surpassing and outclassing every other bike the world had to offer in terms of both luxury and performance. The name in itself has turned it into an icon of modern times. The bike that  changed the way people look at bikes, forever. Honda’s most innovative bike yet, The Goldwing. 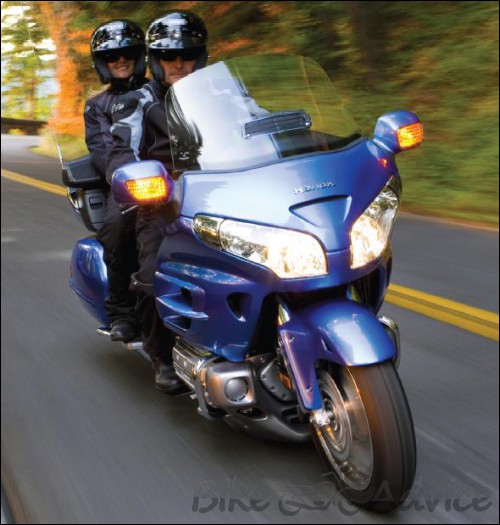 Introduced in 1975, this very bike carved a niche for its own self, by the time it was launched. No one would have thought it would turn out to be a true icon of a motorcycle that it now is. Widely known for being the first to introduce car-like features, the Goldwing specialized in presenting the limitless potential of what can be done on a bike. It offered features that were not present even in cars of its time, let alone bikes, and continues to do so to this very day. At the time of its launch, it was among the first bikes on the world to offer water cooling, fuel pumps, and shaft drives. It even had the first transmission system that was placed underneath the engine rather than behind which was more of the same used in production cars. Today however, it features weather tracking systems, satellite radio, and a whole bunch of features that would put any standard car to shame. 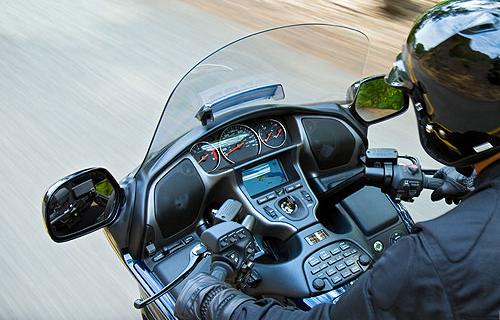 It began as a prototype, in 1974, which Honda designed to show the world what the company was capable of. The bikes technical wizardry created such an interest among the public that Honda decided to enter it into production.  And so the world witnessed what would be, the birth of a legend. It was initially launched as a touring motorcycle, and christened GL1000. Soon after the bike became popular, there was a large demand for aftermarket accessories, like fairings and luggage holders (since it was a touring bike). It took a while for Honda to recognize this trend as a profitable market but when they did so, they launched the GL1100, in 1981, fully featured with a trunk, Saddlebags and frontal fairing. It was the first production bike in the world to feature an adjustable air suspension. All of these features contributed into making this bike an instant success. 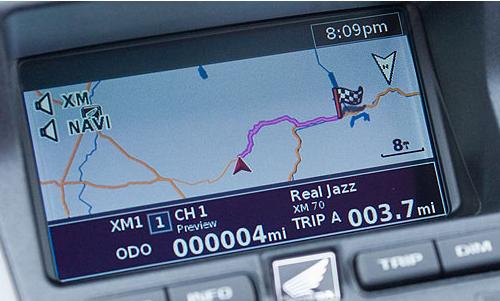 In 1983, Honda decided to upgrade the GL1100 and hence introduced new features such as an LCD dashboard, anti-dive forks and linked front and rear brakes. This was soon followed by the GL1200, in 1984, which had an all new engine with Fuel Injection along with amazing features such as an auto leveling rear air suspension, a driver-passenger intercom system (which used a pair of headsets with microphones), cruise control and a Panasonic Audio system with rear speakers.

This model was sold until the year 1988 when Honda unveiled the revolutionary new GL1500. This bike in particular was so ahead of its time that it completely outsmarted the competition and caused the withdrawal of several major players in the segment including Suzuki, Yamaha and Kawasaki each of whom had a distinctive product that rivalled the Goldwing, Honda’s brand loyalty and innovation were of no match for the competition and hence the withdrawal.

The major changes that were evident in the GL1500 were numerous, the most important of which was the layout of the engine which was changed from a flat four cylinder layout to a flat six cylinder layout. This change, increased power and reduced noise which resulted in better rider comfort. Another major innovation was the introduction of a reverse gear. Since the bike weighed in excess of 400 kilos, Honda engineers foresaw the need for a system that would assist a rider in backing up without calling for help.  The bike was more ergonomically designed for both passenger and rider and hence more comfortable.

The GL1500 continued to be sold for 13 years up until 2001, when, the revolutionary all new version was launched. This would turn out to be the most advanced and luxurious Goldwing Honda has ever produced.  The 2001 version was launched amid high levels of expectation as there were no major updates undertaken to the 1988 version of the Goldwing. In effect the launch of the 2001 version signified a bike that implemented everything that Honda had learned over the years from the launch of the first Goldwing back in 1975. The project was kept as a top secret and nothing about it was known among the public as security was kept tight. It was finally launched the same year with rave reviews and the usual feature list that spanned the length of the the bike itself.

The most prolific change was with the engine whose already mammoth displacement of 1500cc was increased to 1800cc along with fuel injection. This newer bike was actually lighter than the outgoing model largely due to the use of aluminium and other modern lightweight materials. Another major change was the introduction of the ABS system which not only increased safety, but also ushered a new level of rider confidence. Honda continued updating this model and in 2004 it sent waves across the motoring industry with the launch of the first ever airbag integrated onto a production motorcycle.

The Goldwing offered the airbag as an option along with standard and other optional features such as, LCD display with Satellite Navigation system, Live weather forecasting system, Traffic Information system, Voice control and prompting, Heated grips, seats and backrests with individual controls for passenger and rider, Foot warming system that channels engine bay air onto the foot of the rider with the flick of a switch, 80 watt per channel audio system with an optional 6 CD changer and a total of 6 Speakers, Electronic cruise control, Electronic reverse gear, Adjustable front windscreen, 147 litres of storage space, remote controlled trunk opener with horn actuated bike locator, CB radio that allows communication between passenger and rider with the use of a headset, Self adjustable headlight level, Large 33 litre fuel tank, Computer controlled rear suspension system, Fully illuminated handlebar and control surfaces, Tire pressure monitoring system and an endless accessories list. This bike was an undoubted success which to this day carries on the very legacy it created of being the Ultimate tourer on the road. 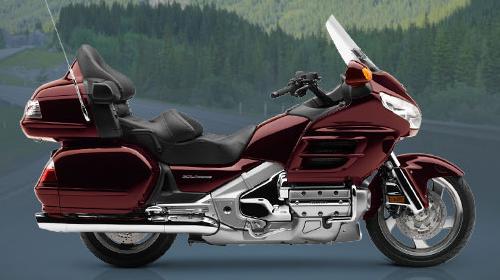 On the whole this machine has been to the Bike world what Rolls Royce has been to the car world, the innovations implemented on this bike were in a league of its own, Its loyal followers swear by it as being the most reliable touring bike that’s on the roads today. Honda’s timeless engineering and innovation coupled with unrivaled levels of customer satisfaction has created nothing short of a masterpiece. The Honda Goldwing – Luxury, safety, comfort, convenience and performance combine together to provide an experience that’s like nothing else On Two Wheels.