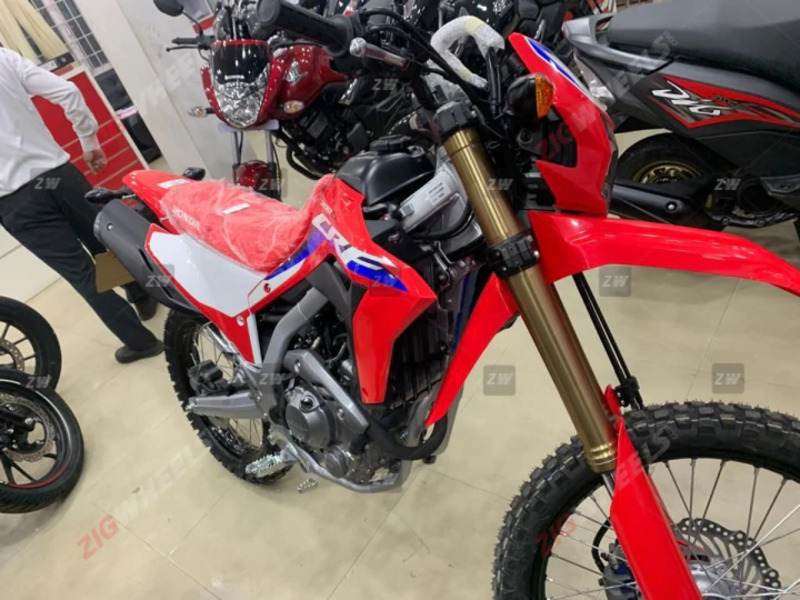 So for once, WhatsApp has not been as annoying as it always is.

Apparently, there is an image that has been in circulation which shows Honda’s popular CRF300L dual-sport bike spotted in one of the dealerships in brand-spanking-new condition. And boy!! Has this image started a speculation storm….

And rightfully so. Because for those who don’t know, the CRF range of bikes from Honda has been in production for a long time and is one of the most loved and capable ADV machines on the planet (other than Yamaha Tenere 700, of course).

With India coming up to be one of the prominent countries where the adoption of ADVs and dual-sport bikes is higher than any other, Honda seems to be taking note and could be in the final stages of introducing their own version of dual-sport to the Indian ADV lovers.

However, it is important for us, as responsible website and journalists, to point out the validity of the image shared here and in circulation. Yes, we can see there are other Honda bikes and scooters parked behind the CRF300L. Yet, these scooters and bikes are also available outside India, just like CRF300L which is offered in numerous developed and developing countries. So, we can’t be 100% sure that the image in circulation is from India itself. It could be from one of the many countries outside India. So, take this information with a tea-spoon of salt.

Now, Enough of ruining the dream…

Let’s see the highlights & features of the CRF300L –

Couple this with Honda’s mysterious new product launch on 8th August and you see we are already hoping (for this baby CRF!)

If Honda does bring the CRF300L dual-sport bike into our country. It will be a very fitting rival to the Hero Xpulse 200 4V Standard as well as Rally Edition. When seen rationally, it will be a great step-up from the Xpulse 200 4V considering the power and the capabilities.