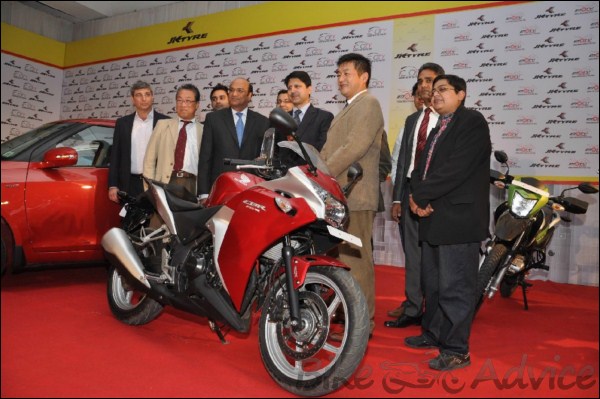 To qualify for IMOTY awards the bike should hit the showroom in India before 30th November in the corresponding year and should have been homologated for Indian type of approval. Apart from these bikes with facelifts, minor changes in specification and power do not qualify for these awards. Thereafter the nominated motorcycles are judged on various parameters such as price, fuel efficiency, performance, safety, design, comfort, functionality, rider’s satisfaction, ergonomics, environmental responsibility, technical innovation and value for money.

The motorcycle will be allotted points for each parameter by jury panel.  The jury panel comprises senior automobile experts who get together to vote for the most impressive motorcycle of the year. Using their analytic skills and competence, the jury panel tests each motorcycle. The motorcycle which gets maximum points will be declared as IMOTY bike of the year. The voting system is very fair and transparent which makes the IMOTY amongst the most credible and coveted awards.

The esteemed jury for IMOTY comprised of B.Bob Rupani and Gautam Sen of Auto India, Vikrant Singh and Rahul Ghosh of Auto Bild, Aspi Bhathena of Car India, Sirish Chandran, Shubhabrata Marmar and Bertrand D’souza of Overdrive, Girish Karkera, Debabrata Sarkar and Sriram Narayanan of Top Gear, Srinivas Krishnan and Pablo Chaterji of BS Motoring. This specialist jury consisting of senior Indian automotive journalists is the best from the industry and together they have over 300 years of experience.

Congratulating the winners, Dr. Raghupati Singhania, Vice Chairman and Managing Director, JK Tyre & Industries Ltd. said, “I am delighted to be a part of this event today that celebrates the achievements of the Indian automobile industry. India is positioned to become one of the world’s most attractive automotive markets for both manufacturers and consumers. The resulting benefits to society—in economic growth, increased jobs, and other benefits—are considerable. The ‘Indian Car of the Year’ and ‘Indian Motorcycle of the Year’ awards, ICOTY & IMOTY as they are popularly called, recognise and honour the focused & rigorous efforts made by auto manufacturers with the highest level of performance in the areas of design excellence, innovation and R&D. Started way back in 2007, the awards continue to reflect the commitment, zeal, enthusiasm and stand as a benchmark of excellence which every auto manufacturer aims to earn.”

Shubhabrata Marmar, Deputy Editor, Overdrive and Chairperson Indian Motorcycle of the Year 2012 said, “The Honda CBR250R was the top pick in voting for each and every one of the judges because of its wonderful blend of performance, price and most crucially, for being an easy to ride motorcycle that will appeal to the novice and help him or her grow as a motorcyclist, as well as an exciting bike that will thrill an experienced motorcycle enthusiast.”

This is the second time in a row Honda motorcycle won this award. Last year this IMOTY was awarded to CB Twister. In the past, the Indian Motorcycle of the Year (IMOTY) awards were given to Bajaj Pulsar 220 DTS-Fi (2008), Yamaha R15 (2009) and Kawasaki Ninja 250R (2010). It seems that Honda will give stiff fight for the next award as well.