Here is a super sports bike for the Indian roads from the very popular Honda Motorcycle & Scooter India Private Limited (HMSI). The Honda CBR1000RR is positioned against its adversaries stunning Yamaha YZF-R1 and also the Suzuki Hayabusa. The super bike is christened Fireblade and one will say, most appropriately, of the show stopper styling it has. The Honda CBR1000RR is the latest rendition from the drawing boards of team of engineers from Honda and poses tough competition in the superbike segment. 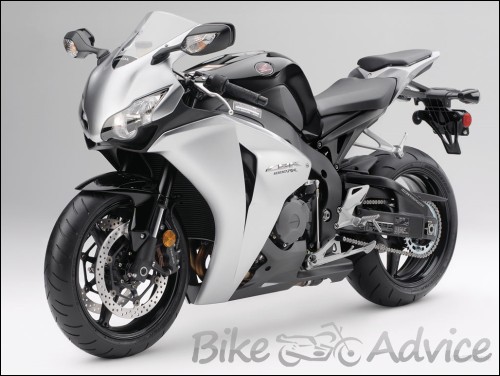 Looks: Honda CBR1000RR is given a styling that will appeal as well as that serves some purpose. For achieving lighter weight and for achieving what is called mass centralizing the nose and tail got some trimming. The nose fairing appears short and cut and the tail is almost non existent. This is to retain the MotoGP functionality aspects. The exhaust position also makes some sense and it looks best from rear and sides. The front isn’t disappointing I mean.

The all new Honda CBR1000RR reflects stunning looks with color options ranging from pearl white, black metallic to pearl siren blue. Color scheme of orange and red are also available for the bold and the adventurous people. The eye catching styling of Honda CBR1000 RR is another ultimate statement in the world of street machines. From nose to tail, Honda CBR1000RR reflects innovation to suit the best aerodynamic features.

Performance: Honda CBR1000RR represents pinnacle of super bike performance. Most innovative super bike ever built, the Fireblade is powered with a 999cc liquid-cooled inline four-cylindered engine that has an awesome compression ratio of 12:3:1. It comes with six-speed transmission, adjustable front forks and dual stage fuel injection system. The HondaCBR1000RR peaks performance at 178 hps @13000 rpm.
The ignition is computer controlled transistorized with three dimensional mapping. This version, the CBR1000RR from the Honda got even better with introduction of combined anti-lock braking system and the groundbreaking performance is further accentuated with radial front brakes and 4-spoke ninja-star rear wheel. The incredible performance of Honda CBR10000RR sets it apart in the superbike podium with a difference. Every part of this latest version is re-designed and re engineered to minimize weight including the side stand and wheels. 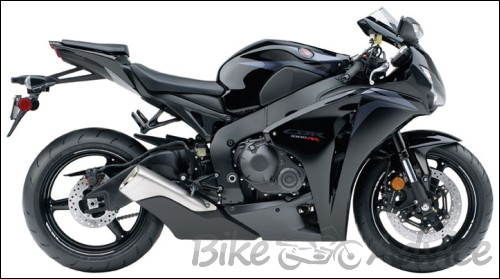 To improve stability on account of deceleration, a slipper clutch is available with center-cam assist mechanism. Performance is further enhanced with a revised Honda Electronic Steering Damper (HESD). Check on the exhaust system of this latest Honda CBR1000RR. It is no longer an underseat design, instead, features a side-slung exhaust that increases again the mass centralization and compactness to the bike.

Arghhh! A Fireblade for Indian conditions? On the Indian roads, this bike will do well to balance against bad driving conditions. It’s not harsh to ride on bumpy and crater full roads too which anyway is a characteristic of Indian roads. What is mind blowing with this super bike CBR1000RR is the brake quality with its Anti Brake System. It’s the microprocessor that fixes the amount of brake pressure needed.

In fact, one can do many things by modulating the pistons and without exerting physically. Even on the congested roads, Honda CBR1000 RR is expected to manage the proportion of braking between the wheels (front and rear) as it is equipped with both anti-lock and anti-pitch systems. So, even under situation of hard braking condition, this super bike can minimize weight shift onto the front wheel, keeping the rear wheel on the ground. The machine is a perfect compact one and meets the current emission standards.
So what say?

Pricing: Priced (Ex-showroom Delhi) at Rs.12.5 lacs, this biggie loaded with style and looks appeals definitely to the high-end clientele and passionate motorbike enthusiasts. The high price tag is for the reason that CBR1000RR is not manufactured in India, but we are importing completely built units. The company has to pay high custom duties and that by itself doubles the cost of this motorcycle manufacturing. So, for a common man to experience Honda CBR1000RR, the wait on the Indian soils have to be long as because the prices will not come down until India at least begins assembling the parts or start manufacturing super bikes.

But for now, we shall at least thank the government for its policy ease on allowing import of super bikes. Because it will give us opportunity to see more of such super machines and Honda CBR1000RR definitely makes a very good contender. No matter, what this Honda CBR1000RR will be any owner’s pride and definitely gets everybody else’s envious looks.