“Oh, my GOD!”, these were the words that I screamed when I entered the Honda showroom today. Anyone would have done the same thing when they see more than 20 Honda CBF Stunner bikes packed into a small showroom. I thought that these guys were really confident in selling off these 125cc machines, that they bought out a bulk of it from the manufacturer. If there are already 20 bikes in the showroom, think of how much they have stacked up in the godown! 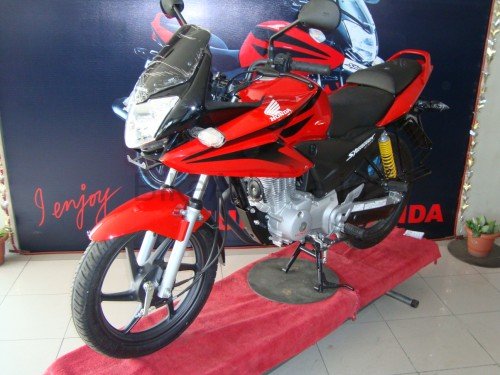 CBF Stunner’s Styling: Honda says that many people thought that it was a 180cc bike in the first look. And some thought it was a 250cc one. The bike is quite large for its engine size. The big flaring in front definitely adds a super cool status to the bike. Major part of the Stunner story is its looks. With alloy wheels, Karizma like head lamps, split seats, Honda has made it look like a sports bike for sure. Park the Unicorn and Stunner together and a baby can tell that it wants the Stunner. We Indians give so much importance to looks and Honda has identified it right.

CBF Stunner’s Performance: No one can tell that the CBF is the twin brother of Honda Shine, Unless they look into the specifications. I would say that the bike is better suited for city riding than highway cruising. With jump start pickups at lower speeds, the college guy will definitely look like a cool dude on this bike, compared to the guy who drives a Passion Plus, struggling to catch up with Stunner.

The bike gives out 11 bhp at 8000 rpm with its 124.7 cc engine. It does not give me enough pleasure at 80 kmph because the bike is not smooth enough compared to the higher cc counter parts. You would push the engine to the limits only when someone is chasing you, not otherwise! 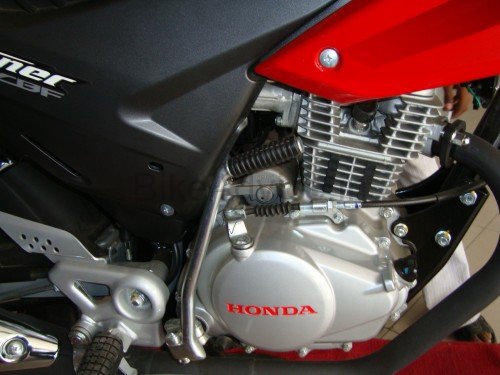 The engine’s performance has nothing to do with being really sporty. If you want a good looking bike without compromising the mileage, this bike is for you. The handling is impressive. You can turn the bikes with the slightest force because there is no dead weight of the dash board and headlamps in clinging to the handle bar. The tires are pretty thick and the brakes are excellent. Even when you squeeze just the front brakes, the bike does not lose its balance, Honda has done a good job of weight distribution.

If you are crazy about the digital speedometer thing, I am sorry, CBF Stunner will disappoint you with complete analog dashboard as shown below…The left dial has the speedometer, ODO meter and the trip meter while the right dial incorporates the fuel indicator. On the center it has a high beam indicator and single signal indicator for both the left and right signals. 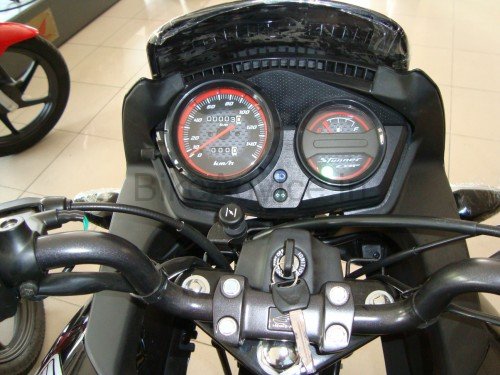 The on-road price of Honda CBF Stunner ranges from Rs.54,000 to 60,000 in south India. You have options of having disc brakes and self start. The mileage claimed by users is 66 kmpl.