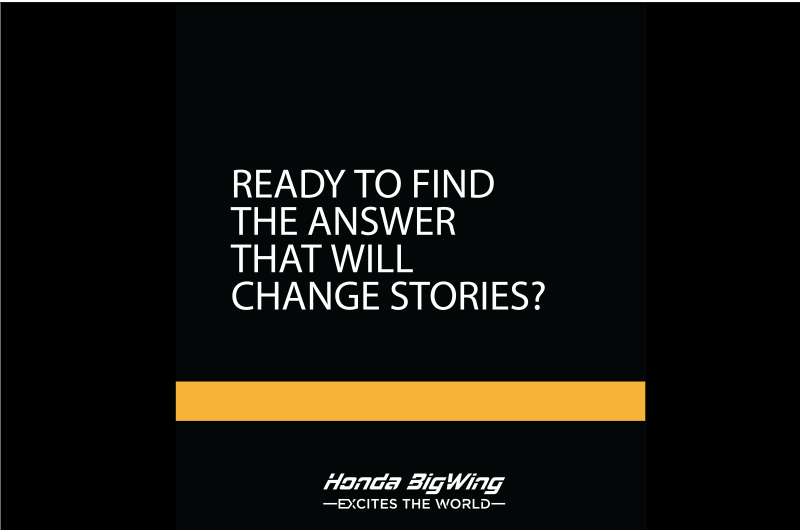 Honda CB350RS will be the second model on this platform and could be a scrambler-like motorcycle. Details will start pouring from 12 noon…

Honda considers India as one of its biggest markets in the world. That, precisely, is the reason why it is very aggressive here. It tries various sub-segments and the latest it has ventured into is Royal Enfield’s territory – the retro-classic 300-400cc segment which has a tremendous following here.

The CB350 was the company’s first motorcycle here and it is already doing pretty well, with sales of over 10,000 units in around 3 months. And Honda has announced that it will unveil the next model in this lineup tomorrow (16 Feb 2021).

According to some sneaks, the upcoming model could be called as CB350RS and chances are that it could be a scrambler. From the few teaser images Honda has shared, it is revealed that the model will have semi-knobby tyres, LED tail lights, LED side blinkers along with a rear disc brake.

The seat is flatter as compared to the standard CB350 and that exhaust canister is also sportier, more upswept. Honda’s last pic also revealed that the CB350RS will come in dual tone color theme.

Honda CB350RS will share the 350cc, single cylinder engine with sibling CB350 which produces 21.07 PS and 30 Nm. There could be changes to the tune of the new model based on the application. It is also confirmed that it will continue to be sold via the premium dealership chain – BigWing.

We believe it will be priced slightly higher than the CB350 which means that it may have a price tag of around Rs 2.0-2.10 Lakh. We should start getting all the answers tomorrow (16 February) from 12 noon onwards.