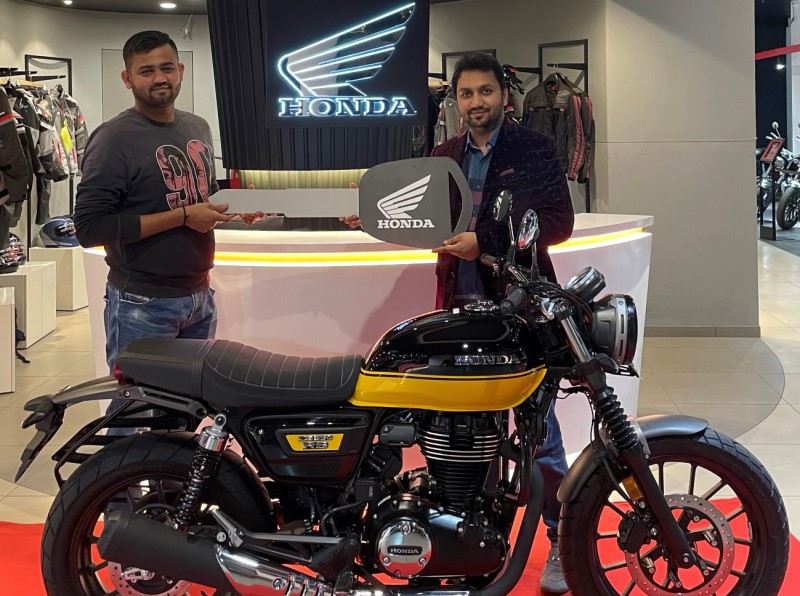 Honda CB350RS deliveries commence after about three weeks of the motorcycle’s official launch. It is the sportier version of the CB350…

Honda officially announced the launch of the new CB350RS in India on 16th February 2021. The RS is the second mid-size ‘Made in India for the world’ motorcycle after CB350. And about three weeks later, Honda has informed us through a press note that it has commenced customer deliveries of the new model.

Mr Yadvinder Singh Guleria, Director – Sales & Marketing, Honda India, revealed that it has received an ‘overwhelming response’ to the motorcycle specially from the youth, however, he did not share how many bookings have the company received.

Unlike what you would have heard so far, RS in CB350RS stands for ‘Road Sailing’ in Honda’s speak. The idea is to offer a sportier version of CB350 which will attract the younger audience. The RS is based on the Deluxe variant of CB350 and comes with few differences – like a new rear, ring design LED headlamp, eye-shaped LED side blinkers, etc.

It also has smaller, fatter and semi-knobby tyres along with an upswept exhaust and flatter seat. It is priced at Rs 1.96 Lakh for the Radiant Red Metallic shade and Rs 1.98 Lakh for the Black with Pearl Sports Yellow color.

The motorcycle can be booked online at the official website or at any of the 32 Honda BigWing dealerships in the country.