Honda, as a company is class apart in bike manufacturing, and it has proved its mettle lately with path breaking innovation and modern technology engineered and designed to cater to all segments of bike lovers. The most recent launches of Honda in India namely, CBR1000RR and Honda CB1000R designed for Indian terrain are priced at Rs. 12.5 lacs and Rs. 9.5 lacs, respectively. Needless to say the price tag cuts majority of bike lovers and these will strictly be high-end appealing the upwardly bike enthusiasts. The motorbikes no wonder made bold new statements in the superbike category in India. In this review we shall talk about the relatively cheaper one, Honda CB1000R bike. Certainly, the all new Honda CB1000R is all set to unfold a new chapter in style, performance and safety; however, this time for some surprise on the Indian roads. 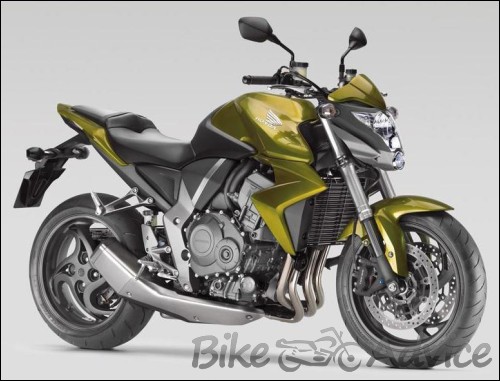 If Only Looks Are Enough: The Honda CB1000R reflects power, masculinity with a distinctive style and appeal. From the designing board to manufacturing, Honda team of engineers conceptualized CB1000R as a naked beauty to convey powerful impression of performance even when it rests on the stand. Looks monstrous and aggressive though, but one can really enjoy the ride on a CB1000R machine as its fun-filled accentuated with sheer magic of thrill and excitement.

The Honda CB1000R further grabs attention of every onlooker with the unmistakable metal as muscle to add to its look and its unstoppable power-packed performance can woo bike enthusiasts. The rear seat rises and the rear tyre is huge with seat saddle pitting a little. These looks of the bike are further enhanced with slim and short tail cowl and a forward-tilted fuel tank. The compact bikini cowl of the Honda CB1000R makes it look brilliant with its close to triangle-shaped multi-reflector headlight (I never had so much love for the wolf-eyed headlight, but this one hit me with a monster head like looks) and distinctive LED position lamp. Honda CB1000R looks big but it doesn’t look unmanageable unlike some super bikes. I find that CB1000R has more of steel than some other super bikes in the same engine segment and it does blend well with chrome. The four-spoked wheels add to the beauty 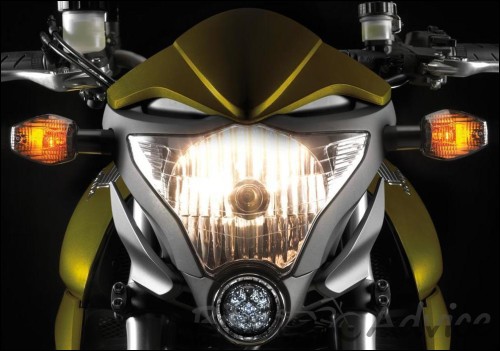 Talk About Performance: With kerb weight of 217kg, the Honda CB1000R runs on a 998cc, 4-stroke 16-valve DOHC engine. It means with each and every twist of the throttle, the super bike powers exhilarating acceleration. The mass-forward orientation of the super bike positions the rider slightly forward and it does help the rider to have a control on the bike in the windy roads and twisted turns that any sports bike rider will love.

In the segment of liter-class performers, this super street machine CB1000R delivers breathtaking power and awesome torque. It’s the torque that pulls the motorcycle in the race or to climb an uphill with tremendous ease. With a 6-speed gearbox transmission, the engine delivers maximum power output of 92kW @ 10000rpm and torque is about 1000 Nm @8000 rpm. The technical specifications of the Honda CB1000R include fully-adjustable radial front brakes, forks, single-backbone frame and all digital dashboards. 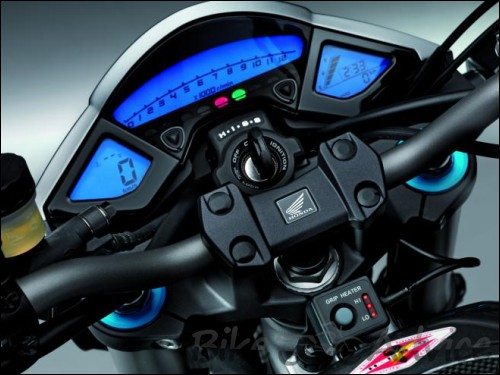 You Gotta Be Kidding… Super Bike On Indian Roads?

Honda CB1000R will set the heart of most bike lovers on fire as it pulsates with speed and vibrates with power be it metal road or asphalted road. It’s the acceleration that is sets it apart and with the new version of its braking system, the super bike can well be kept under control without the slightest displacement. Cartridge-type fork suspension system doesn’t fail and delivers smooth stop. The Z rate sports bike standard tyres withstand high speeds and the wider rear tyre provides the bike stability and awesome pull on the corners and turns. 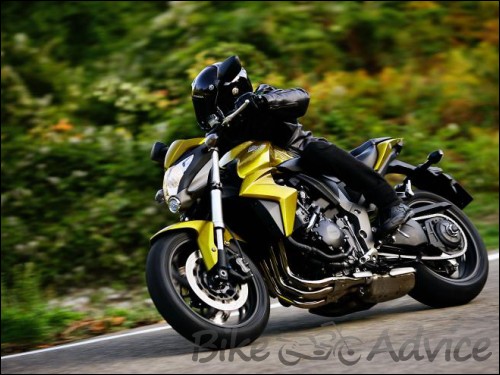 Honda CB1000R is equipped with ABS or Antilock brake system which functions on bumpy and uneven road surfaces. The system reacts when there is even small change in the speed of 2 wheels and applies brake pressure for smooth and steady deceleration/stopping of the bike. So it should suit Indian roads as well.

Besides, tubeless tyres add on to the lighter weight while still gripping the road surface. With competition from Yamaha and Suzuki, Honda is poised for greater challenges in the super bike segment even in India

Final Verdict: Although Honda CB1000R super bike comes with a hefty price tag, yet the market for super bikes in India has open up well and people are now not hesitant to spend on the 1000cc metal machines and even in times of recession Honda boasts of selling its units. The Fireblade engine is redesigned for midrange performance and therefore, Honda CB1000R is expected to pump in greater demand, more for its torque than for its power.