I have a Honda CB Unicorn Dazzler from 4th Dec 2010. I love two wheelers and speed. When I was a kid I was very passionate about bicycles and at the age of 11, I got my first two-wheeler and I loved it. At that age also I was riding very fast and for the same reason when I was in college and told my father to get me a bike, he rejects me saying that “you are riding a bicycle so fast and I am getting complaints for it and so how can I let you get a bike?”.

I struggles much for my bike and lastly on 2007 he granted me a bike and I decided to take a bike between Yamaha Gladiator & Honda Shine. Yamaha was not available at that time and so I got the Honda, Honda Shine on 24th July 2007 and after that my eight more friends purchased the same.

After a great 3.5 years of running, I have decided to upgrade my bike to a 150cc one, and in this 3.5 years I with my friends gone for so many long rides on it between 350 to 800 kms. At the time of sell it was clocked 65000 kms. Now its time for a change. And again Honda because two of my friends purchased Apache RTR 160, and pulsars, CBZs are very common.

So I decided to buy CB Unicorn but the showroom person told me to wait atleast 15 days and I cant wait so long and got the Dazzler on 4th Dec. 2010 which was available at the time. I was happy to see the technical specifications of Dazzler but I don’t like the looks and for the same reason I was preferring the CB Unicorn.

I am going to describe my bike part wise. 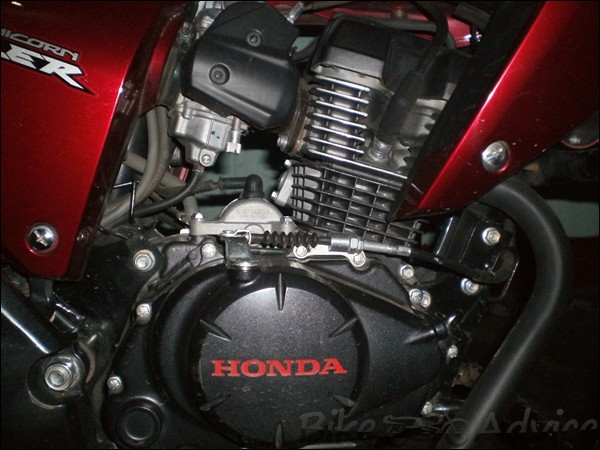 Same engine of Unicorn with some upgrades like power but not as smooth & refined as CB Unicorn’s. Very good pick-up and the top speed is more than any 150 cc bike(except R15), and all this with a 14 bhp power. A very good and responsive engine.

Excellent performance by this engine. The gear ratios are good and smooth. It can go beyond 120kmph with single rider and it doesn’t let you feel any lack of power after sitting with a pillon also. The handling of this bike is superb. No problems for cuts around the corners.

Here I felt some problem because its mileage fluctuates. In city it returns an average of 50-55 kmpl and in highway if you r riding in between 45-50 kmph than the results are unbelievable like its mileage is breaking the barrier of 60kmpl claimed by the company. But, If you ride it over 80 kmph, its mileage figures are horrible & gone down upto 38 kmpl. So, this is the only problem with this bike. And not only in this bike, all Honda bikes have the same problem. 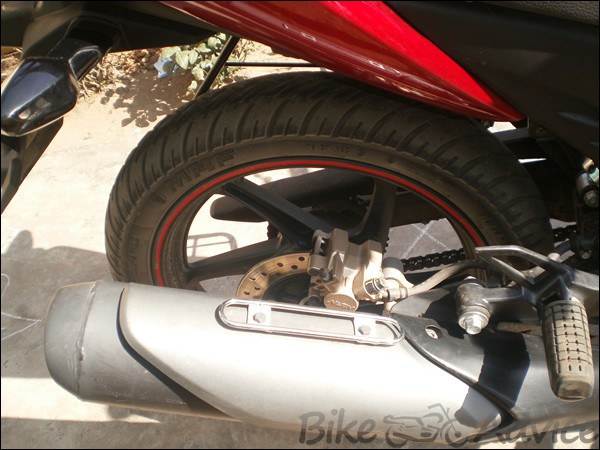 The braking is superb with disc brakes in front and rear but the company should provide a option for rear drum brake also. The rear disc brake in this bike is actually not neccesary.

Personally speaking, I doesn’t like the looks in the beginning. Its looks is good or bad can be decided only by the buyers. For some persons its good and for some its not. If you buy this bike than definitely after some days you’ll love the looks of the bike like I do. 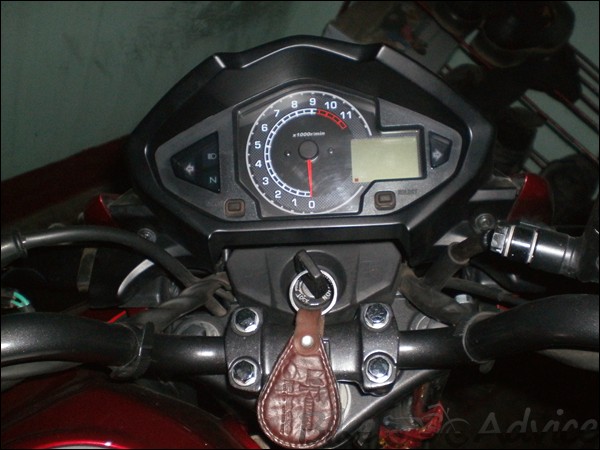 Biggest lack is its kick rod. As it is a bike, it should come with a kick starter also. It doesn’t get started in the morning without applying the choke and I don’t like to use choke(engine killer). It also lacks low battery indicator, servicing indicator, city/parking lights, sidestand indicator in it. It could be come with a bigger battery of 7 Ah battery atleast. Currently it has a 4 Ah maintanance free Exide battery which doesn’t seems to be powerful. I don’t like the size of the battery also, it is small. It doesn’t have LED back light also which is nowadays common in this segment. 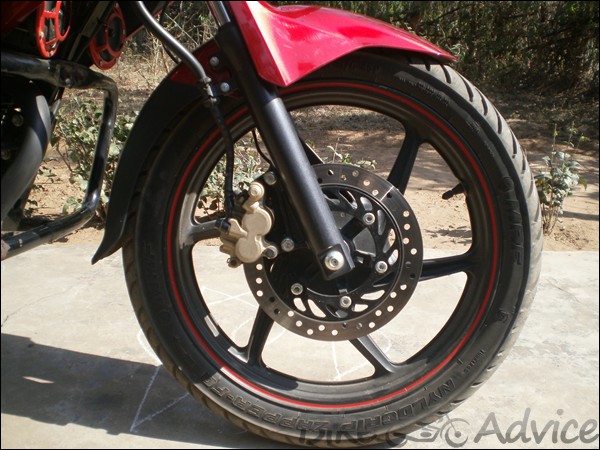 The wheels and tyres are used in it are of 17 inch to minimize the centre of gravity. The tyres are very good by MRF and are also tubeless which have lots of benefits. 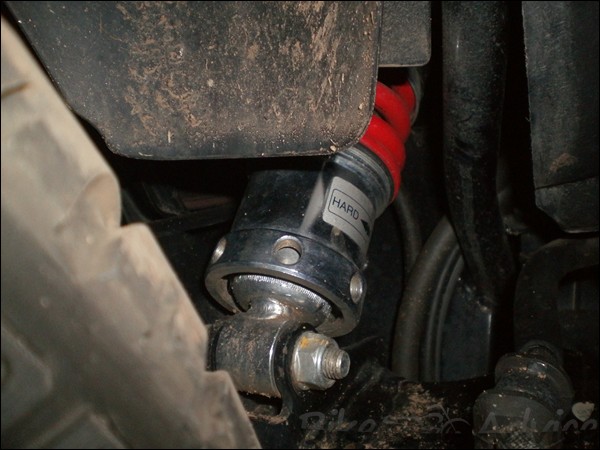 The suspensions used in this bike is more than awesome specially the rear one. The rear mono shock of this bike is far better than any nitrox suspension and of Yamaha’s mono-shock.

A very comfortable bike with a fantastic seating position & of course the suspension.

Good value for money pakage from Honda because in only 4000/- more than CB Unicorn you are getting so much like wider tubeless tyres, 0.7 bhp more power, refreshing looks, rear disc brake, new semi-digital instrumental panel and so on. Only a kick starter is missing unlike the CB Unicorn. The FZ series are priced a bit more and Apache, Pulsar and Hero Honda are also good value for money bikes.

Overall a very good package by Honda. The price is low compared to the Yamaha bikes wheres the features are more than Yamaha bikes. If you like the looks, than it doesn’t have any match. I am satisfied. I enjoy the quality.